Television actor, Sharad Malhotra and his wife, Ripci Bhatia celebrated their first Ganesh Chaturthi post-wedding and we are mesmerised the way they welcomed Ganpati Bappa at their home! 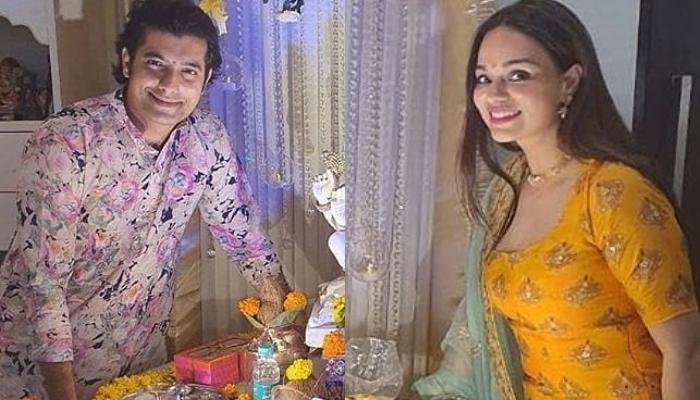 Ganesh Chaturthi is one of the most colourful and the happiest festival celebrated across India. It marks the birthday of Hindu's favourite God, Ganpati Bappa. From kids to adults, everyone excitedly welcomes Gannu ji to their abode with naach-gaana and dhol. And this year, television actor, Sharad Mallhotra celebrated his first Ganpati celebrations with wife, Ripci Bhatia post-wedding. (Recommend Read: Suniel Shetty's Son, Ahan Shetty Says, 'I Love You' To Tania Shroff As She Called Him Her Rock)

Before we take you further into the story, let us take a look back at their grand wedding this year. Sharad and Ripci had tied the knot in a Sikh and Hindu ceremony. And ever since they have been giving us couple goals. The actor, who once labeled himself as 'marriage phobic' had gone on record to state that his marriage to Ripci has removed all his fears. 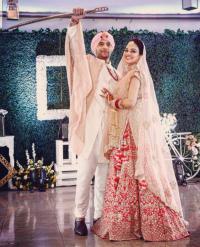 Recently, we got hold of Sharad and Ripci's first Ganesh Chaturthi celebration pictures. In the pictures, we can see the star wife donning a gorgeous yellow lehenga with contrasting dupatta. On the other hand, Sharad looked dapper in a floral kurta. Take a look at their pictures below: 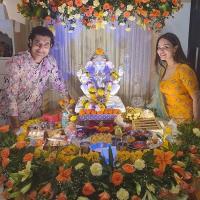 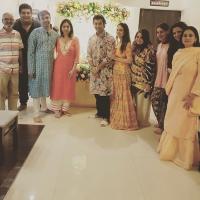 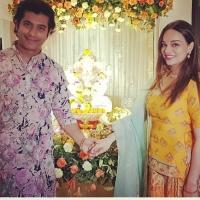 For the Visarjan day, Sharad and Ripci twinned in a maroon ensemble giving us couple goals. Checkout how they bid adieu to Ganpati Bappa and prayed for him to come back soon next year: 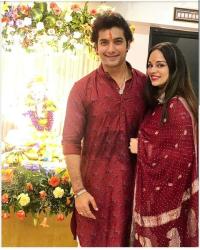 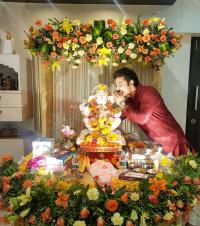 Coming back to Sharad and Ripci’s love story, it is a match made in heaven and arranged by their families. Sharad had revealed the details of the same with the Hindustan Times, and had stated, “When I was introduced to Ripci, I had just come out of a relationship and was going through a difficult phase. Initially, we would just exchange occasional pleasantries on social media. It was only after Ganpati last year that we got talking on the phone, which was after my last relationship ended. What connected us probably was our fear of marriage. In fact, Ripci travelled the world for six years to avoid marriage, as the pressure on a girl at her age was mounting. I would have loved to do that, too, but I was constantly working. It’s only recently that our families got involved after we spoke over the phone for a few days. Both of us instantly realised that this is it and decided to take the plunge.” (Also Read: Divyanka Tripathi Dahiya Reveals Her Reaction If Compelled To Work With Ex, Says It Depends On Past) 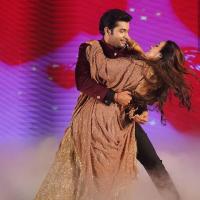 He had further added, “I realised that bahut bhaag liya. I can either keep running away from a marriage all my life, or get into it, experience it and see for myself if it’s good, bad or ugly. My mother was extremely happy when I gave my nod. Having said that, she didn’t give her approval immediately. She took her time to be sure that I was ready for it, given my colourful past. She feared that I would back out again. But everything happened organically. I would call it an arranged-cum-love marriage.” 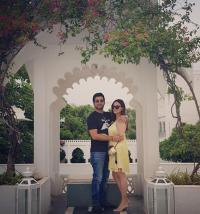 Later in an interview with Pinkvilla, Sharad had talked about post-marriage changes, and had said, "My marriage phobia is finally over. For me, this was the right time and I found the right person. Kehte hain na, shaadi woh ladoo hai jo khaye woh pachtaye aur jo na khaye woh bhi pachtaye. I will surely enjoy this laddoo." (Don't Miss: Pavitra Rishta's Mandar Jadhav Becomes A Proud Father For The Second Time, Expresses His Happiness)

Well, we hope Sharad and Ripci celebrate many more festivals together!