Divyanka Tripathi Dahiya Reveals Her Reaction If Compelled To Work With Ex, Says It Depends On Past

Divyanka Tripathi Dahiya Reveals Her Reaction If Compelled To Work With Ex, Says It Depends On Past

Divyanka Tripathi Dahiya, after the release of 'Coldd Lassi Aur Chicken Masala', reveals what would she do if she is in a situation where she bumps into her ex and can't avoid him. 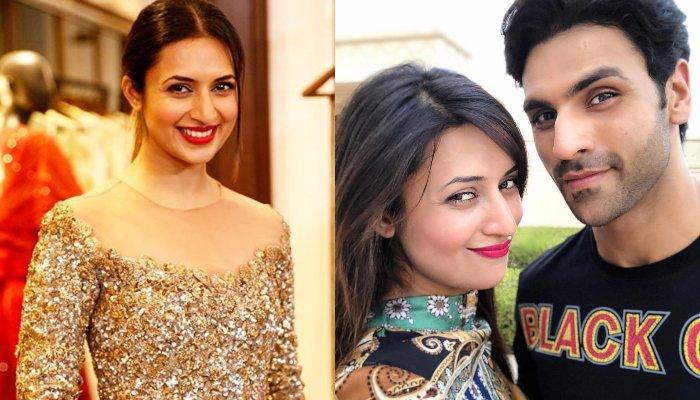 If not for Bollywood, it is quite unlikely for one to share a perfect camaraderie with their exes, let alone hang out or work with one another. With most wanting to leave the past behind and start life afresh, trying to build a life in their own respective ways is a safer option if luck permits. One of the most famous faces of the telly world, Divyanka Tripathi too had her own share of ‘past’ before she had added a ‘Dahiya’ to her surname. Prior to getting married to Vivek Dahiya, Divyanka was earlier dating her Banoo Main Teri Dulhann co-star, Sharad Malhotra, only to part ways and lead a happy life without one another. (Do Read: Arjun Rampal Celebrated Ganesh Chaturthi At Ex-Wife, Mehr Jesia's House With GF, Gabriella And Son?)

Wondering why are reminding you about this blast from the past? Well, nothing happens without a reason, dear friend! Before we get to the nitty-gritty about the same, first things first! You all are all set to watch your favourite telly star, Divyanka Tripathi Dahiya in a never seen avatar in her web series debut, Coldd Lassi Aur Chicken Masala. Divyanka time and again keeps sharing glimpses from the same and we can’t be more excited! Sharing a latest poster from the same, Divyanka had written, “Chef Nitya ka hai anokha andaaz! Haathon mein swaad, aur baaton mein aag! Get ready to meet her in 3 days. #ColddLassiAurChickenMasala streaming 3rd September.” 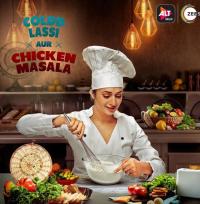 The story behind the show is about two exes, who were once deeply in love, meet at a certain juncture in life after many years. The situation becomes such that neither the two can afford to escape the situation nor stand each other. In an interview with BollywoodLife, Divyanka revealed her chain of thoughts and actions if she comes at par with a similar situation in real-life, “I would like to leave and go away from the situation. I would not want to be around my past." She had further added, "(It) Depends on the past, if it's bad or good. If the past is good there is a possibility of friendship but if it's not good, then I would just not want to be in that negative space." 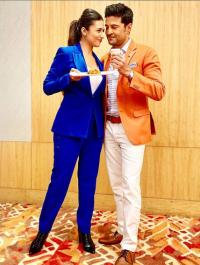 Divyanka Tripathi Dahiya also shared that since she will be seen in a rather ‘bold’ avatar in the series and had to look all decked-up and well-presented, it was her hubby, Vivek Dahiya, who had motivated her to shed all those extra kilos. She said, “Vivek has always been motivating me to look fitter and better. He has been pushing me.” She added, “After one look test, I realised that I don’t look good in any of those clothes. I was rather looking like an ugly duckling. I wasn’t fitting in any pants." Soon after, Divyanka realised that she needs to ‘look her best’ and that’s what had motivated her to visit the gym and train hard, “For two months there were no results, at all. I used to call up Vivek and cry. But after a point, it did show." (Also Read: Priyanka Chopra's Brother, Siddharth's Mystery Girl From Ambani's Ganpati Bash Is No More A Mystery) 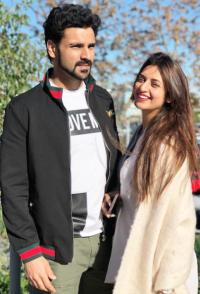 In yet another interview with the HT, Divyanka Tripathi Dahiya had spoken about her transformation and looks, “I also worked on my look because I had to look different from anything I had done before. I changed my hairstyle and my body type. A lot of people including my family, my husband and my well-wishers wanted me to be hot and glamorous on-screen. Basically, they wanted to see me in a different space. All this while, I wasn't getting the right opportunity. When I got it, I worked hard to look the part. The story was shot in the span of eight years, and for the younger part, I had to shed oodles of weight. I even had to cut my hair for that. Mere liye mushkil tha baal katana. I had this long and silky hair. Even fans were unhappy when I got the hair cut because they loved my hair. But I couldn't tell them the reason. I did a lot of effort to look different and that has paid off, I guess.” 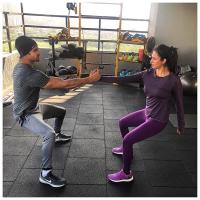 Talking about Divyanka Tripathi Dahiya’s past, we were all expecting upgrades in her and Sharad Malhotra’s life, when all of a sudden their breakup rumours had started to emerge. In a 2015 throwback interview with The Indian Express, Divyanka had talked about concentrating on work post-breakup, “After my break-up, shooting on sets was getting difficult. I was crying from within but I couldn’t show it while shooting. ‘Andar toofan tha’. I was falling ill too and even suffered a bout of food poisoning. People around me started saying something is jinxed. Thankfully this fracture happened and all negativity went away. Every distraction was washed off. I was handling my fracture, my professional commitments and a lot of other things. Suddenly I realised that if I can take care of all these things, a break-up is no big deal.” (Must Read: Pooja Gor Rubbished Rumours About Rift In Her Relationship With Beau, Raj Singh Arora)

Guys, do you have awkward bumps with your exes? Keep us posted!