While many biggies from the small screen as well as the big screen have welcomed their tiny tots in 2019, we are still waiting for others to welcome their little production. One amongst the latest addition in newbie parents’ club is Devon Ke Dev…Mahadev actress, Mitika Sharma Jadhav and Pavitra Rishta actor, Mandar Jadhav. The lovebirds who are already proud parents to a three-year-old son, Hridan, have now welcomed their second baby. After successfully keeping the second pregnancy completely private, the couple finally shared the good news. (You May Like: Divyanka Tripathi Dahiya Reveals Her Reaction If Compelled To Work With Ex, Says It Depends On Past)

It was on August 28, 2019, that Mandar and Mitika became proud parents to a baby boy for the second time. Today, on September 5, 2019, Mandar and Mitika took to their respective Instagram handles to share the good news of the arrival of the little one. Sharing a cut-out from a newspaper, both of them wrote, “By the Grace of God of we have become Parents again. God has Blessed us with a Beautiful Baby Boy.” Take a look: 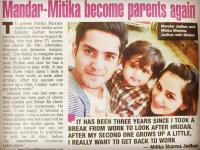 Expressing their happiness on their family being completed, Mandar and Mitika, both had a chat with The Times of India. The doting newbie mommy was quoted as saying, “Our family is complete now. We had a baby boy three years back Hridan and now he has a little brother to play with. It has been three years since I took a break from work to look after Hridan. After my second one grows up a little, I really want to get back to work.” (Checkout: Somya Seth Shares Cryptic Post About Violence And Drugs, Hinting At The Reason For Troubled Marriage) 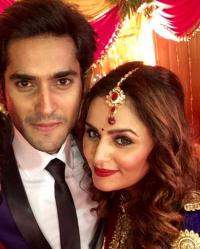 On the other hand, Mandar said, “I am happy to become a father again. I was a hands-on dad when Hridan was born and will be resuming my duties again. We have not named our son yet because according to tradition, it will be 40 days before the naamkaran ceremony takes place.” 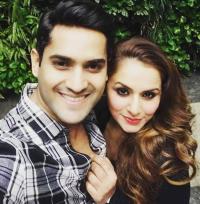 When in 2017, the couple had welcomed their first son, Hridan, they were on cloud nine. It was Mitika who had shared the news of the arrival of her first baby with a leading news portal and was quoted as saying, "He is just a few days old, but I already feel like he has become our universe. Mandar and I can't imagine a minute without him.” (Also Read: Suniel Shetty's Son, Ahan Shetty Says, 'I Love You' To Tania Shroff As She Called Him Her Rock) 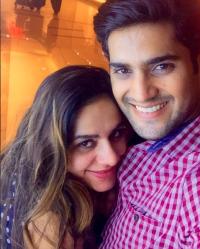 On January 4, 2018, when Hridan turned one, Mitika took to her Instagram handle and shared a lovely birthday post for her little champ. She had written, “Year back in this date you came into my life. Becoming a mother to such a beautiful son touched me in a way that nothing else in life can. Bringing birthday wishes for the apple of my eye. You are the greatest gift. My precious son, I love you immensely. Happy 1st Birthday HRIDAN. Love you my jaan”, along with a picture collage. Take a look: 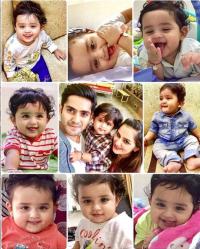 On January 4, 2019, She had again taken to her Instagram handle and penned, “Hridan, I am happy to say that I see a little more of me in you in every single day... Happy birthday my little boy. Love you.” (Don't Miss: Varun Sood And Divya Agarwal's Little Banter On Each Other's Post Is Making Us Go 'Awww') 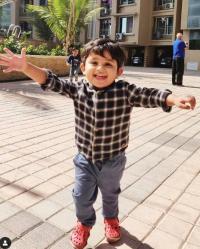 Recently, on April 22, 2019, Mitika and Mandar celebrated their anniversary and the former had taken to her social media to wish her prince charming. Mitika had penned, “I have found my soul mate, my hero, my best friend in you. You are my perfect husband. Happy anniversary my Love @mandarjadhav16.” 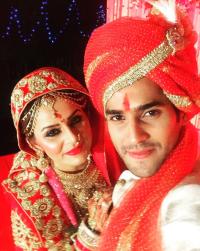 Many congratulations to the newbie parents, Mandar Jadhav and Mitika Sharma Jadhav! We are eagerly waiting for the newborn’s pictures.