Shanaya Kapoor's father, Sanjay Kapoor talked about his daughter's debut project in Bollywood as an actor. Scroll down to know it all! 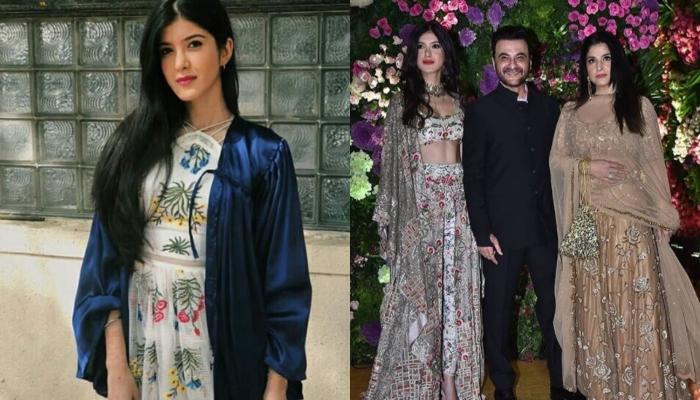 Anil Kapoor's daughter, Sonam Kapoor Ahuja has made her mark in Bollywood. Following her steps, Boney Kapoor's daughter, Janhvi Kapoor is also steadily moving forward in her career and has already garnered a huge fan base. As these Kapoor ladies are ruling our hearts, Sanjay kapoor's daughter, Shanaya Kapoor is all set to join the lines of her sisters, Sonam and Janhvi. Scroll down to know the details. (Recommended Read: Mira Kapoor Reminisces The Day Before She Popped, Flaunts Baby Bump Ahead Of Misha's Fourth Birthday)

The rumours and speculations of Shanaya Kapoor's debut in Bollywood has been out and about for some time but there was no confirmation until now. Shanaya Kapoor's father, Sanjay Kapoor talked about his daughter's debut project. Scroll down to know it all! 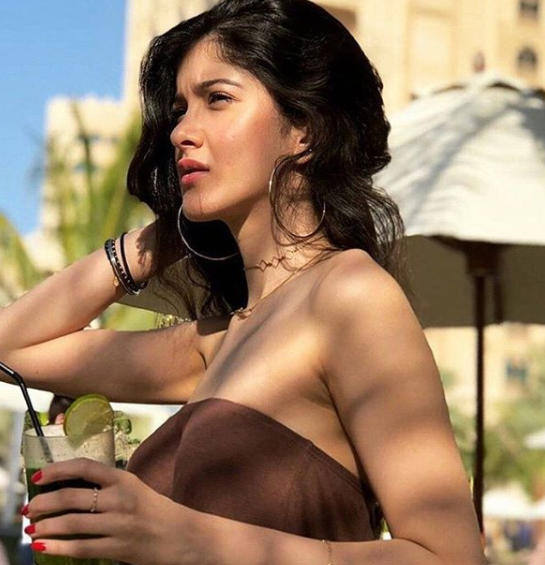 According to the reports of Mid Day, in conversation with a channel, Sanjay Kapoor opened up about his daughter, Shanaya Kapoor's acting debut in Bollywood. He was quoted as saying, '"It has been delayed by the ongoing pandemic, but we're hopeful that it will happen very soon." Well, it seems we might see Shanaya Kapoor on the silver screens next year! FYI, Shanaya Kapoor has already made her way to the film sets along with her cousin, Janhvi Kapoor with her latest release, Gunjan Saxena: The Kargil Girl. Shanaya was the assistant director for the film. When Shanaya had begun her journey in Bollywood by assisting Sharan Sharma in the making of Gunjan Saxena: The Kargil Girl, Shanaya's proud parents, Maheep Kapoor and Sanjay Kapoor had wished her luck. They had written, "My baby's gone to Lucknow for 2 weeks #MissYouAlready #AssistantDirectorsLife #LoveYou @shanayakapoor02 #ProudMama" and "All the best Shanaya #newbeginnings #newjourney" respectively on their IG handles. 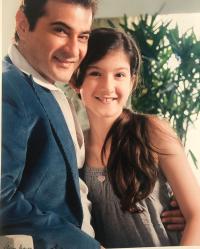 Gunjan Saxena: The Kargil Girl had released on Netflix on August 12, 2020. To mark the beginning of their daughter's journey in Bollywood, Maheep Kapoor and Sanjay Kapoor had posted heartfelt notes for Shanaya Kapoor on their respective IG handles. Maheep had shared some pictures from the sets of the film and had written, "Learning the ropes #SweetestTeamEver #AssistantDirector #KargilGirl." The proud father, Sanjay had written, "I am so glad that Shanaya started her journey in this beautiful world of movies as an assistant director with you @sharansharma, You are an Extremely talented director and A super human being too, loved #gunjansaxena, looking forward to your next!" (Also Read: Ankita Bhargava Wishes A Baby For Divyanka Tripathi By Next Ganesh Chaturthi, Here's Her Witty Reply) 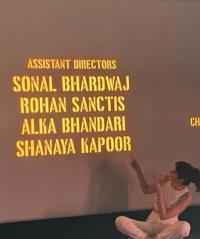 Earlier, in an interview with the PTI, Sanjay Kapoor had expressed his excitement for his daughter, Shanaya Kapoor's initial baby steps into the film industry. Speaking about the same, her proud father had remarked, "She is learning the ropes. She is taking her acting, dance and diction classes. In our family, she has watched me, her uncle and cousins closely. She knows hard work matters. You can be anybody's daughter or niece but it is going to be your dedication that will take you ahead." 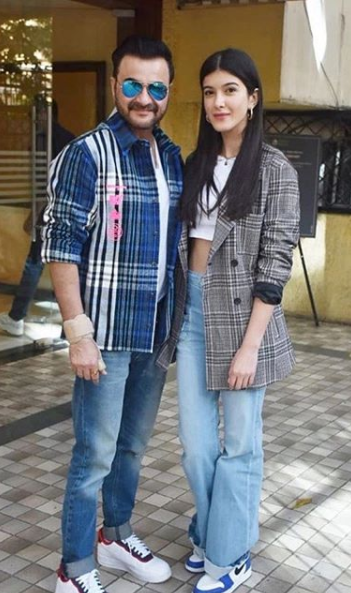 On November 2, 2019, Shanaya Kapoor had turned 20, and her star family had made that day a super special one for her. Shanaya Kapoor had celebrated her 20th birthday with her family and friends. Her parents, Sanjay Kapoor and Maheep Kapoor, cousins, Arjun Kapoor and Rhea Kapoor, and BFF, Ananya Panday had graced Shanaya’s 20th birthday bash. Though Janhvi Kapoor had missed the celebrations, she hadn’t forgotten to wish her sister on her special day. Sharing a collage of unseen pictures with the birthday girl, Janhvi had writtten, “I Love You @shanayakapoor02” atop her Insta story. Sanjay Kapoor and Maheep Kapoor had shared glimpses from Shanaya Kapoor’s 20th birthday bash. Sanjay and Maheep had posted videos of Shanaya cutting her birthday cake and while the former had captioned it as “Happy birthday Darling love you” followed by a heart emoji, the latter had written, “I am a mama of a 20 year old #SoSoProudOfMyGirl.” (Don't Miss: Kirti Kulhari Opens Up About Marriage And Reveals How It Only Brought Positivity To Her Career) 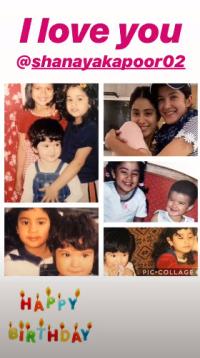 Are you also waiting for Shanaya Kapoor's acting debut? Let us know!