Kirti Kulhari is riding high on her professional life and in a recent interaction, the actress stated that her marriage has affected her career in a positive manner. 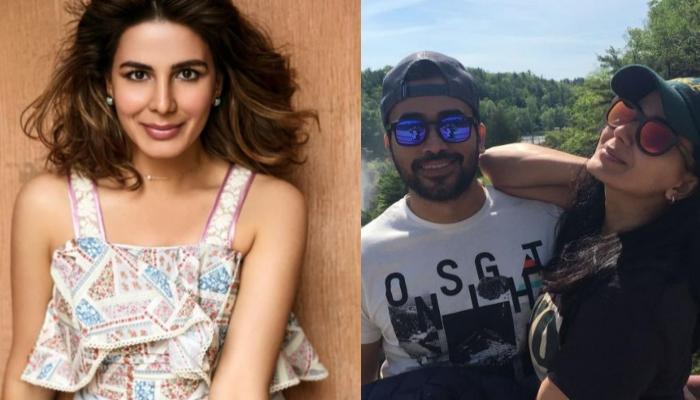 In the world of glamour, an actress’ career is often considered short lived as compared to her male counterparts. The moment an actress gets married or embraces motherhood, speculations about her quitting the glamour world start doing the rounds. But there are some, who has proved the notion completely wrong. Actresses like Kareena Kapoor Khan, Vidya Balan, Kajol, and Shilpa Shetty have proved that getting married and having a child has nothing to do with pursuing one’s dream. Joining the bandwagon of these actresses is Kirti Kulhari, best known for her performance in the movie, Pink. (Also Read: Hina Khan Pens A Heartmelting Birthday Wish For Her Future Mother-In-Law And Rocky Jaiswal's Mom)

Kirti Kulhari had started her acting career with an Odia film, Dharini in 2002. Then after a long gap, she had appeared in Khichdi: The Movie in 2010. Her performances in movies like, Shaitaan, Pink, Uri: The Surgical Strike and Mission Mangal were highly appreciated and are counted among the highest-grossing Bollywood films. Kriti was last seen as Anjana Menon in the web series, Four More Shots Please! While Kriti has a rocking professional life, her personal life has always been a mystery as she doesn’t share much about her personal life on her social media handle.

It was in June 2016, when Kirti had tied the knot with Saahil Sehgal in Bhutan. Saahil, who is also an actor is his wife’s best critic. In an interview with ETimess, Kirti has revealed how her marriage has affected her career in the best way possible. Talking about the same, she said, “My marriage has affected my career in the best possible way. I have a husband who knows much more than me about films. I have learnt so much from him. We watch a movie and discuss things. I grew so much as a person and as an actor and all the apprehensions I had before my marriage, were all broken by him. He has supported me in the most amazing way and helped me reach where I am today. Even my in-laws supported me blindly which means a lot to me.” (Also Read: Saif Ali Khan Makes The Second Big Announcement Of The Year, Says It Was A 'Selfish Endeavour')

Kirti had met Saahil in an ad shoot and the two had exchanged numbers but neither of them took any initiative. And suddenly they had met again after five years for another ad shoot. The feeling was totally different this time and it was Saahil, who had initiated the first move and had asked for her number again. And after dating for a while, the two had gotten married. For a very long period, her fans didn’t know much about her marriage and had thought that the gorgeous actress was single.

Kirti had gotten married to Saahil before the release of her movie, Pink. Kirti believes that when it comes to giving feedback about her films, her hubby is a genuine person. Kirti, who enjoys a huge fan following, is often requested to share snippets of her life on social media. The actress had talked about the same in a previous interview with ETimes and had shared, "Now that people are interested to know about me, I do share it whenever I can. I think my husband also is a very private person; he’s much more private than I am and so he doesn’t like me posting pictures. Some fans also keep asking me to post pictures with my husband but guys it’s very tough for me to keep this man next to me and click a selfie, so I’ll share what I can when I can." (Also Read: Sara Ali Khan Looks Gorgeous As She Visits 'Abba', Saif Ali Khan With Brother, Ibrahim Ali Khan)

Well, we wish Kirti all the best for her future endeavours!

It is not easy being a part of the world of glam and glitz. The constant paparazzi fare, the media attention towards your personal life can sometimes be too overwhelming. While some celebrities enjoy talking about their personal lives, some get uncomfortable. And one such celebrity is Pink fame actress, Kirti Kulhari, who