After the Kapoor siblings, Janhvi Kapoor and Khushi Kapoor, their cousin, Shanaya Kapoor is learning 'kathak'. Check out her cute video!

Even before her Bollywood debut, Shanaya Kapoor has gained an immense fan following. The gorgeousness is following her cousin sisters, Janhvi Kapoor and Khushi Kapoor's footsteps and learning Indian classical dance form, Kathak. For the uninitiated, Shanaya Kapoor is the daughter of Bollywood actor, Sanjay Kapoor and Maheep Kapoor.

Shanaya Kapoor often shares glimpses of her life with millions of fans on her Instagram feed. Her every picture and video goes viral within nano-seconds. And everyone is eagerly waiting to see the gorgeous star kid on the silver screen. On July 4, 2021, Shanaya made our dull Sunday exciting by sharing a video of her kathak practice. In the video, we can see Shanaya donning a yellow-coloured anarkali suit and ghungrus tied on her feet. She tied her tresses in a loose bun. Shanaya's beautiful dance moves will instantly win your heart. Check it out below:

Alongside the video, Shanaya thanked her teacher for patiently teaching her the Indian classical dance form. She wrote, "Practice session with the most patient & amazing teacher @charvi.b. #HappyWhenIDance." Shanaya best friend, Ananya Pandey's mother, Bhavana Pandey, was the first one to comment on her video with two heart emojis.

Also Read: Khushi Kapoor's Outing With Anshula Kapoor And Shanaya Kapoor Is All About Sibling Goals 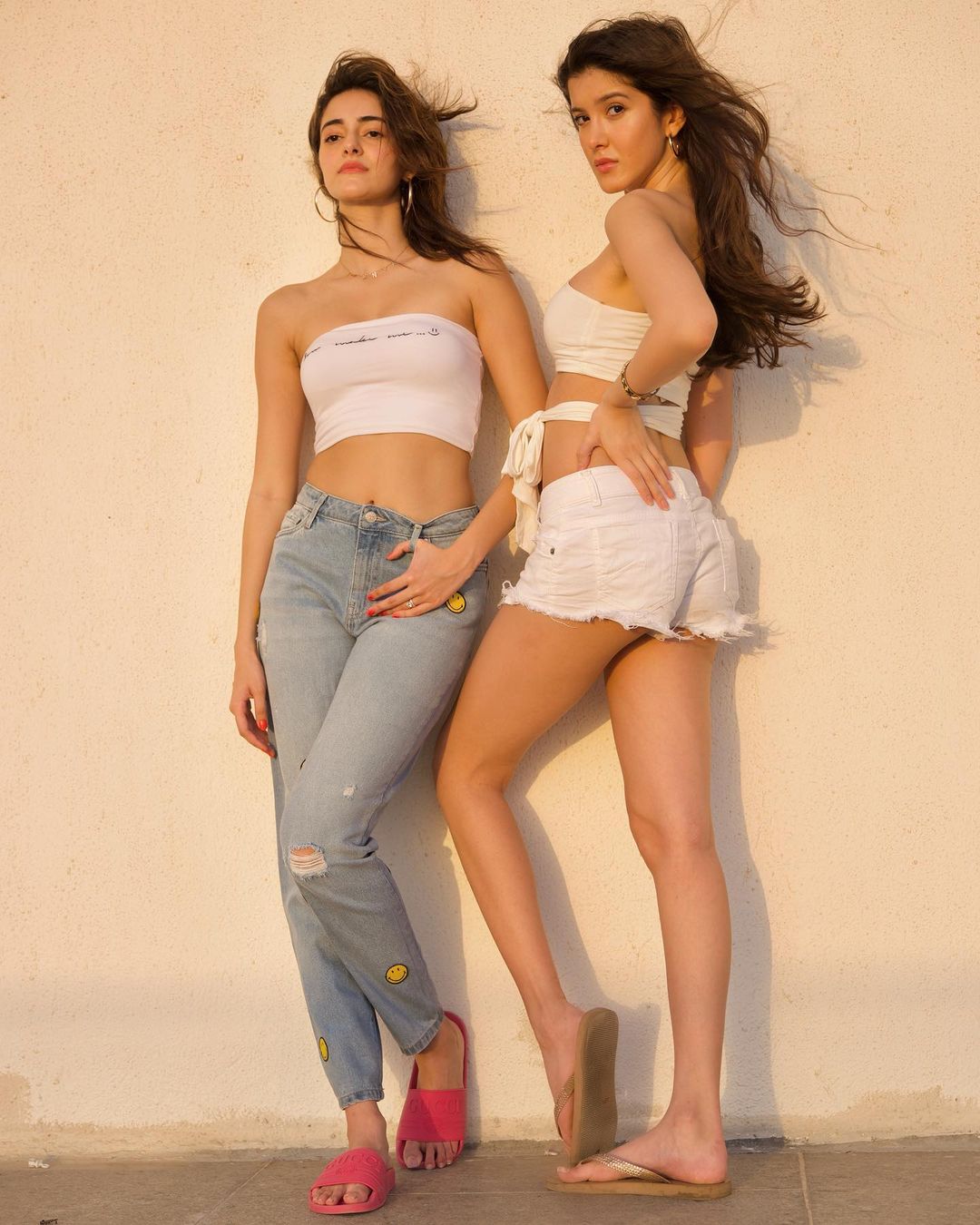 This is not the first time we saw Shanaya practising kathak with her cousin, Khushi Kapoor. A picture of them had gone viral, wherein her teacher clicked their picture as they were busy dancing. Shanaya's mother often gives us glimpses of her cute daughter. On June 9, 2021, Maheep Kapoor had shared a rare picture of Sonam Kapoor to wish her on her birthday. In the picture, we could see Sonam adorably looking at her then-newborn baby sister, Shanaya Kapoor. We had also spotted beardless Arjun Kapoor flaunting his specs and Rhea Kapoor, who wasn't a stylist then. Alongside it, Maheep had written wrote, "Happy birthday sweetest @sonamkapoor."