Khushi Kapoor shared pictures of her outing with her sisters, Anshula Kapoor and Shanaya Kapoor and it is pure sibling goals.

Boney Kapoor and late actress, Sridevi Kapoor’s daughters, Janhvi Kapoor and Khushi Kapoor are some of the most loved star kids of the glamour world. The stunning sisters share an awesome bond with their half-siblings, Arjun Kapoor and Anshula Kapoor. We have often seen them bonding and cheering for one another, making their father proud.

After the death of Sridevi, it was Arjun Kapoor and Anshula Kapoor, who had not only become their father, Boney Kapoor’s strength but had made sure to be always there for their half-sisters, Janhvi Kapoor and Khushi Kapoor. Since then, the bond between Arjun, Anshula, Janhvi and Khushi has been hitting the headlines and is giving major sibling goals. Not only this, when Arjun and Janhvi had appeared together in an episode of Koffee With Karan, the brother-sister duo had revealed about their family WhatsApp group named 'Dad’s kid' where each one of them updates everything. 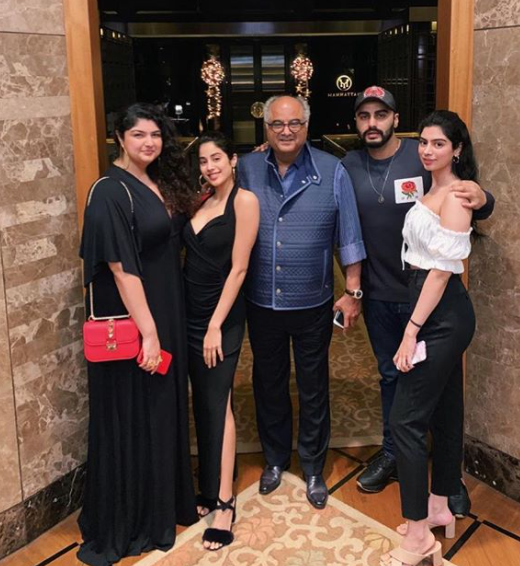 Khushi had enrolled herself at the prestigious New York Film Academy in 2019 and loves sharing glimpses of her life there. A few hours back, Khushi Kapoor took to her IG handle and shared throwback pictures of her outing with her siblings, Anshula Kapoor and Shanaya Kapoor. The pictures are adorable and shed major sibling goals. On Khushi’s post, Shanaya commented, “Special” followed by a heart emoticon. To which Khushi and Anshula replied with heart emoticons. 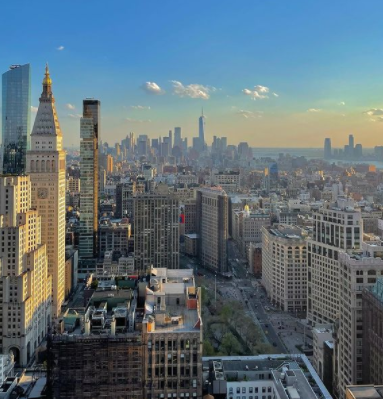 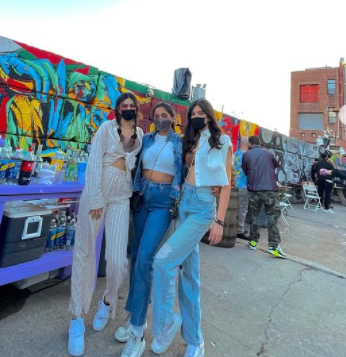 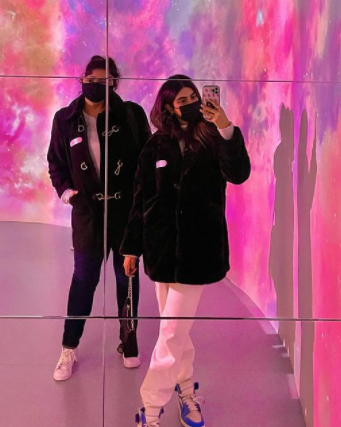 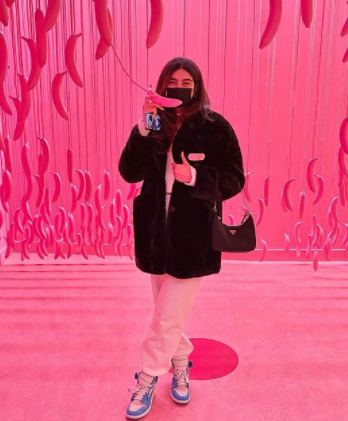 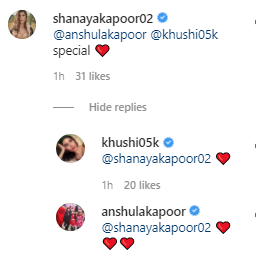 On December 29, 2020, Anshula Kapoor turned a year older and her sisters, Khushi Kapoor and Janhvi Kapoor had thrown a birthday party for her. Sharing a video of the décor on her IG handle, Anshula had thanked Khushi and Janhvi for the surprise. Her caption could be read as “Didn’t really feel like celebrating my birthday this year, but my cuties @janhvikapoor @khushi05k brought the warm and fuzzies to my house & not gonna lie, this made me smile so big! Thank you for being my sunshine, especially when I don’t see it myself & for making me laugh till my tummy hurts!”

Khushi shares a warm bond with her cousin, Shanaya Kapoor. A few days back, we had stumbled across a cute picture of the Kapoor sisters, Khushi and Shanaya. In the picture, Khushi could be seen learning the classical Indian dance form, Kathak from her cousin, Shanaya Kapoor. Khushi could be seen dressed in a floor-length pink coloured anarkali suit, while Shanaya had looked pretty in a white suit. The Kapoor sisters' no makeup look had swooned our hearts. 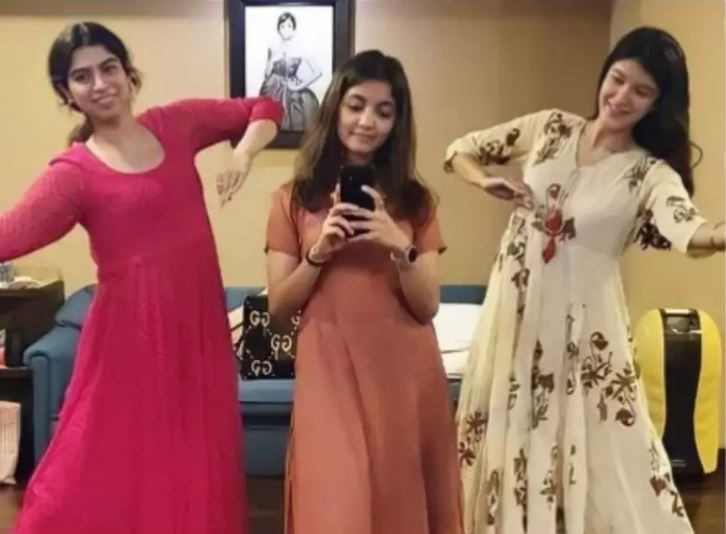 After Janhvi Kapoor, her younger sister, Khushi Kapoor is all set to make her Bollywood debut. In an interview with the Bombay Times, her father and veteran director/producer, Boney Kapoor had talked about the much-asked question about his younger daughter, Khushi Kapoor's acting debut in Bollywood. He had said, "Yes, Khushi is also keen on acting. You will hear an announcement soon." When the doting father was asked the reason behind his decision of not launching his daughter, Boney Kapoor had clearly stated that he would become an indulgent father, if he'll launch Khushi. The producer had said, "I have the resources, but I would rather have someone else launch her because I am her father and one tends to get indulgent. You can't afford to do that as a filmmaker and nor is it good for the actor." 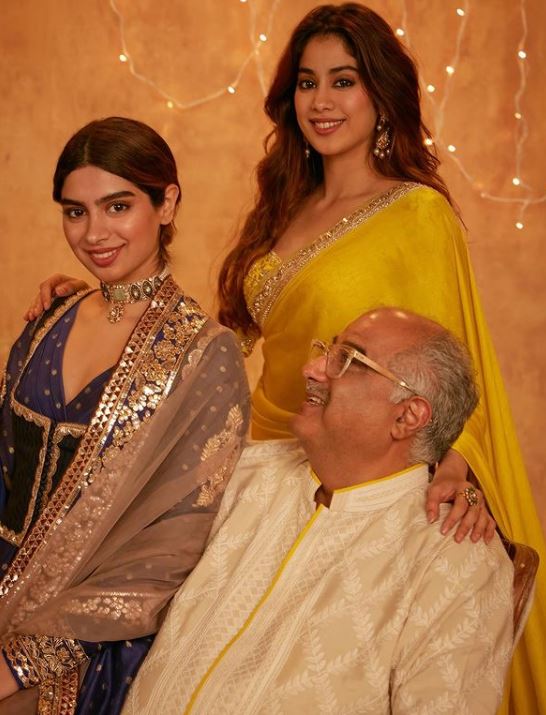 What do you think about Khushi Kapoor’s pictures with her siblings? Let us know.