Shilpa Shetty Kundra and Raj Kundra have welcomed their little angel, Samisha Shetty Kundra on February 15, 2020. In an interview, Shamita Shetty shared her joy on becoming ‘maasi’ for the second time 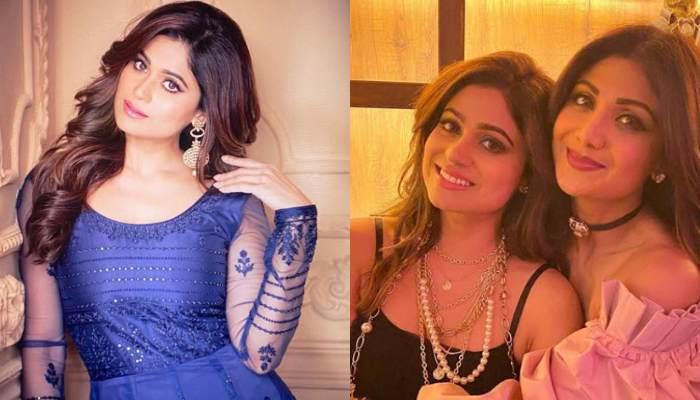 Children play an important role in everyone’s life, the entire house brightens up with their kilkaris. Not just the parents, the entire family waits happily for the little bundle of joy. From their first steps to their first word, whether it is maa, maama or maasi, we eagerly look up to their growing up years. Such happiness is being witnessed in the Shetty and Kundra family as they had welcomed a little angel, Samisha Shetty Kundra in their lives on February 15, 2020. (Also Read: Ishaan Khatter's Adorable Birthday Wish For His 'Bade Miya' Shahid Kapoor Is All About Sibling Goals)

Shilpa Shetty Kundra’s childhood dream came true when she had become a mother to a baby girl. Shilpa and her husband, Raj Kundra had become parents for the second time and had welcomed their daughter, Samisha Shetty Kundra via surrogacy. Well, the entire Shetty and Kundra clan is quite excited but the one, who can’t hide her joy and happiness is Shilpa’s sister, Shamita Shetty. She is on cloud nine as she has become a maasi for the second time and also shares her sun sign with the little munchkin.

In an interview with Pinkvilla, Shamita talked about Shilpa’s second child and her thoughts on becoming a maasi for the second time. Talking about the same, she said, “I'm so excited to become maasi once again. Samisha is a bundle of joy and has brought in so much happiness in the family. Shilpa always wanted a daughter and I cannot be happier for the couple.”

On February 21, 2020, Shilpa had taken to her Instagram handle and had shared the happy news of the arrival of her baby girl. The actress had posted a glimpse of her baby's little hand and had written, "Om Shri Ganeshaya Namah! Our prayers have been answered with a miracle. With gratitude in our hearts, we are thrilled to announce the arrival of our little Angel, Samisha Shetty Kundra. Born: February 15, 2020. Junior SSK in the house! ‘Sa’ in Sanskrit is “to have”, and ‘Misha’ in Russian stands for “someone like God”. You personify this name - our Goddess Laxmi, and complete our family. Please bestow our angel with all your love and blessings Ecstatic parents: Raj and Shilpa Shetty Kundra, Overjoyed brother: Viaan Raj Kundra." (Also Read: Shahid Kapoor Celebrates His 39th Birthday With Mira Rajput Kapoor And Pankaj Kapur In Chandigarh)

The entire Tinseltown had sent congratulatory messages and wishes to Shilpa and Raj. However, it was her sister, Shamita Shetty, who had posted an adorable note for her little niece. Shamita had taken to her Instagram handle and had written a cute note that could be read as "Welcome our beautiful little princess Samisha Shetty Kundra. My fellow Aquarian! About time !! We have waited for you for so long..Happy to the power of infinity!! Maasiii loves you. please send her all the love n blessings my Instafamily."

In an interview with Mumbai Mirror, Shilpa revealed details of her second child and said, “We had been trying for second child for five years. I had signed Nikamma and had committed my dates to Hungama when I got the news that in February, we were going to be parents again. We cleared our work schedules for the whole month.” Shilpa thanked her team for helping her in completing all her work before she could take a long break. Shilpa further stated that she always wanted to have a girl child and revealed how she came up with the name, Samisha. Talking about the same, she said, “I came up with it when I was 21. I had always prayed for a daughter."

On Siblings Day 2019, Shilpa had penned a lovely note for her sister that could be read as "Our roots say we are siblings, but our hearts say we are friends. Blood is thicker than water and so is our bond. #happysiblingday my tunki... Love you always and forever. more than you would ever know. @shamitashetty_official #sisters #sisterhood #love #gratitude #memories #worldsiblingday #nationalsiblingday." (Also Read: Vicky Kaushal On Dating Rumours With Katrina Kaif, Explains He Wants To Guard The Beautiful Things)

Congratulations Shamita on becoming a maasi for the second time.