On July 7, 2015, Shahid Kapoor walked down the aisle with Mira Rajput Kapoor. And ever since they have been the target of trolls. Checkout how Mira reacts when it happens to Misha-Zain.

Bollywood heartthrob, Shahid Kapoor and his gorgeous wife, Mira Rajput Kapoor are enjoying their married life to the fullest. Both of them would have been sceptical on opting for an arrange marriage setup to tie the knot and decide on forever with each other. But look, where they stand today for they are counted amongst the most lovable couples from the B-town. It was on July 7, 2015, that Shahid and Mira officially became ShaMira by taking the plunge in the presence of their friends and families.

On August 26, 2016, the lovebirds became proud parents for the first time to their baby girl, Misha Kapoor. On September 5, 2018, Misha got promoted to elder sister and the couple welcomed a baby boy whom they lovingly named, Zain Kapoor. Ever since their marriage, Shahid and Mira have been going strong and their relationship is undoubtedly for keeps. (You May Also Like: Dipika Kakar Bakes Delicious Keto Chocolate Chip Cookies For Hubby Shoaib Ibrahim And Family In an interview with Neha Dhupia on her chat show, BFFs with Vogue - Season 3, Shahid Kapoor got candid about a lot of things. He shared that celebrities are undoubtedly subject to constant trolling on a daily basis, "Anybody who is anything in this generation has definitely got trolled a few times. If you haven't, then you're probably nobody.” And when Neha further questioned, "How do you deal with it because sometimes you bring it back home?" To this, Shahid answered, "This is exactly what you do. You tell yourself that I am somebody man. They're trolling me, I am important. I am so bloody important. The more the trolling, the bigger I am. The more the trolling, the bigger I am." 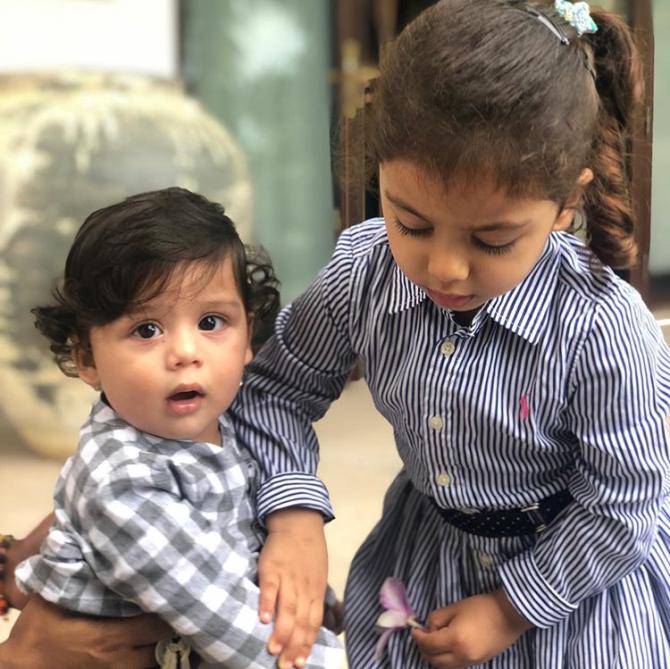 When he was further probed to tell how Mira reacts to such trolls when it comes to their babies, he revealed, "How can somebody say this? Are they not human beings? Don't they understand they're talking about children? So, now it's only the kids. So, I think with me and her, she is over that part. But with kids she can get a little like, what the hell.” (Also Read: Kangana Ranaut's Sister, Rangoli Shares Hrithik Roshan's Sister, Sunaina Has Been Calling Them) Once in an interaction with The Times of India, Shahid talked about that very moment when he fell for his wife, "I’m still falling in love with her a bit more every day. The first time we met, we spoke for seven hours. We were at a friends' farmhouse in Delhi. We went for a walk outside and the sun was setting behind her. I realised her eyes were not dark. They had a hazel tinge. That moment, I felt shayad main iss ladki se shaadi kar sakta hoon. But I also told myself, “What are you thinking? Bees saal ki hai besharam!”

In an interview with the Mid-Day before the birth of his and Mira’s second baby, Zain, Shahid had expressed his happiness and how the second time was different. The Kabir Singh actor had revealed, “It’s completely different this time. I think we are calmer and more relaxed. Mira and I would be asking questions and having doubts. But this time around, we feel like veterans. We have done it once, so we can handle it this time around.” (Checkout: Aamir Khan's Daughter, Ira Khan Confirms Being In A Relationship With The Musician Mishaal Kirpalani) 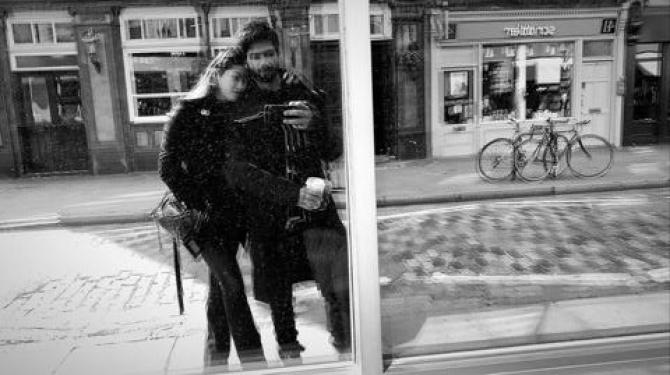 Further revealing if Misha understands what it means to have a younger sibling, Shahid had remarked, “With a two-year-old, you can’t tell them too much and at the same time, you can’t surprise them completely. So, we make subtle mentions because kids are really absorbent. They learn from looking at things around. She is aware of the change without us having had a conversation with her.” (Don't Miss: Sushmita Sen Has A Special Gift For Her Brother, Rajeev Sen And His 'Dulhan', Charu Asopa)

Shahid and Mira have successfully and royally ignored the baseless trolls all this while and we wish they keep doing so in the future as well!