Shahid Kapoor Pens An Adorable Birthday Wish For His 'Love', Mira Rajput, Feels Blessed To Have Her

Shahid Kapoor Pens An Adorable Birthday Wish For His 'Love', Mira Rajput, Feels Blessed To Have Her

Shahid Kapoor and Mira Rajput are one of the most sought-after couples of the glamour world. On September 7, 2020, Shahid shared a heartmelting birthday wish for Mira. 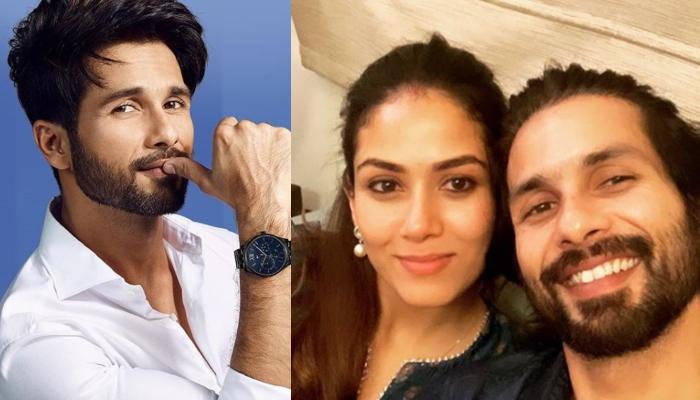 We wait for an entire year to celebrate our birthday with the people we love and cherish every moment of it. Shahid Kapoor’s wife, Mira Rajput Kapoor has gone through the same emotions as she spent the most special day of her life with her husband, Shahid and kids, Misha and Zain. When the news of Shahid Kapoor marrying a Delhi-based girl, Mira Rajput had hit the headlines, every girl had dreamt of being in her place. The gorgeous girl has perfectly blended with the glamour world and has proved that you don’t have to be a star to shine. (Also Read: Prince Narula Proposes Yuvika Chaudhary To Re-Marry Him, Reveals The Reason Behind It)

On July 7, 2015, Shahid had gotten married to Mira Rajput in an intimate ceremony with family members and close friends in attendance. The lovely couple had completed their family picture with two adorable kids, Misha Kapoor and Zain Kapoor. The Kabir Singh actor never shies away from expressing his love for his wife, Mira and their PDAs always speak volumes of the love they have for each other. On Mira’s 26th birthday, Shahid had the sweetest wish for her.

On September 7, 2020, Mira Rajput turned a year older and her hubby, Shahid Kapoor penned a heartmelting birthday wish for his ladylove. Shahid took to his IG handle and shared a gorgeous picture of Mira. Along with the picture, Shahid expressed how lucky he is to have her in his life. His wish can be read as “Happy birthday my love. You are beautiful inside out. And I am blessed to have you in my life” followed by a heart emoticon.

Shahid’s brother, Ishaan Khatter too wished his bhabhi in the coolest way. He had taken to his IG stories and had shared an unseen smiling picture with Mira. In the picture, the two could be seen in ethnic outfits, and just like the cool picture, Ishaan had wished his bhabhi with a cool millennial term. Sharing the picture, he had written, “Happy birthday bhaabidooooo @mirakapoor” followed by red heart emoticon. (Also Read: Ranvir Shorey Reveals If He Will Ever Get Married Again To Estranged Wife, Konkona Sen Sharma)

Shahid Kapoor and Mira Rajput Kapoor have always been so much-in-love that they don’t hold back themselves and, time and again treat their fans a little bit of their PDA! Remember when Shahid and Mira had completed one year of togetherness and Shahid had posted a beautiful photo with Mira on Instagram, sharing their ‘kiss of love’ moment? Shahid had captioned it as "Happy first anniversary my love. @mira.kapoor you are my sunshine." Then on Diwali 2018, Mira had given their fans a glimpse of their ‘us’ moment, wherein the lovebirds can be seen lost in a passionate kiss, which went with the caption, “Only love Happy Diwali!”

Once in an interaction with The Times of India, Shahid talked about how he had fallen in love with his wife, Mira and had stated, "I’m still falling in love with her a bit more every day. The first time we met, we spoke for seven hours. We were at a friends' farmhouse in Delhi. We went for a walk outside and the sun was setting behind her. I realised her eyes were not dark. They had a hazel tinge. That moment, I felt shayad main iss ladki se shaadi kar sakta hoon. But I also told myself, “What are you thinking? Bees saal ki hai besharam!”" (Also Read: Angad Bedi Teases His Wife, Neha Dhupia That He Didn't Proposed Her Due To His Injured Knee)