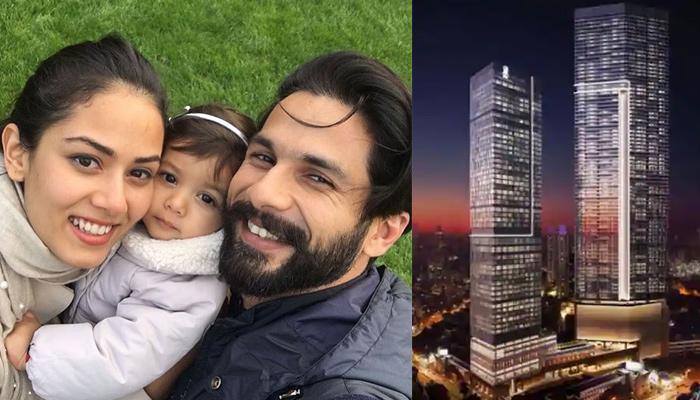 Seems like Shahid Kapoor possesses multiple qualities! From being a caring brother and son, to pampering and taking care of his beautiful wife, Mira Rajput Kapoor and posing as a perfect daddy to his two-year-old munchkin, Misha Kapoor, Shahid is a perfect exemplar of a complete family man! (Do Read: Priyanka Chopra's Ex-BF Shahid Kapoor's Important Message For Her On Getting Engaged To Nick Jonas)

These days, Shahid’s wife, Mira, is in her third trimester. The couple had hosted an intimate baby shower at their Mumbai residence on July 15, 2018. Hubby Shahid was by Mira’s side throughout the ceremony and Mira seemed to enjoy it at the fullest. The doting wifey took to her Instagram handle and shared a beautiful picture on her account where she is seen hugging her hubby tightly with a relationship advice for every couple in love. She wrote, “Find someone you can hug, kiss and kick. And then don’t ever let them go”, which was concluded by a kiss emoji. Checkout! 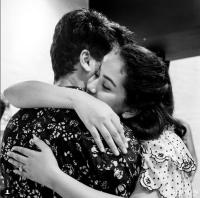 Loved it? We have something else for you in here! We had already informed you earlier that the Kaminey actor, who is all set to hear the word ‘papa’ from his soon-to-come second little bundle of joy, has purchased a duplex in upscale Worli, Mumbai for Rs 55.60 crore. Their scrawling new apartment is located on the 42nd and 43rd floors of Tower B of Three Sixty West. Shahid and Mira will have actors Akshay Kumar-Twinkle Khanna and Abhishek Bachchan-Aishwarya Rai Bachchan, as their neighbours. All this was mentioned in a DNA report. Doesn’t this make you catch a glimpse of this heavenly abode? You say it and we have it! Check out a few artistic illustrations of Shahid and Mira’s new apartment. And for the first time, Shahid spoke about the inside details of his new abode. In an interview with DNA, Shahid shared, “I have bought a new home in Central Mumbai. It will be a year-and-a-half, perhaps even two, before we do the interiors and move in there. However, it’s an investment that I needed to make. I have a much smaller home in Juhu and with two children (the second one arriving in September), the requirement of the family has changed”.

And the doting father has bought the flat keeping his children, Misha and his soon-to-be-born in mind. And you know what? Shahid and Mira’s new home will have a garden for Misha! Speaking about the same, Shahid further revealed, “The new home that Mira and I have booked has a garden and other amenities like a gymnasium, etc. Today, our requirement is having a safe place for Misha where she can play with others. We want her to be with kids of her age because that’s how she will have a regular childhood.” (Also Read: Shahid Kapoor And Mira Rajput Complete 3 Years Of Marital Bliss, Here's Their Complete Wedding Album) 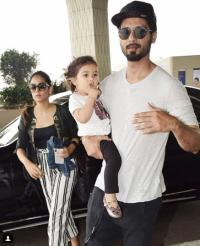 Speaking about his previous house-hunting spree, Haider star, Shahid shared, “Earlier, when I was house-hunting, I would tell my estate agent that I want a place where there were few neighbours. I didn’t want anyone gawking at me. I wanted to go home quietly and not be waylaid by people.” Shahid also spoke about his current Juhu home and stated, “My outlook towards designing our house has changed. At my earlier pad in Andheri and the current one in Juhu, I broke down most of the walls and made it completely open. I liked the feeling of a home being intimate yet having a lot of open space within. The walls gave me a feeling of being constricted.” 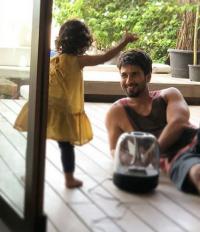 He further said, “So, I had converted my 3BHK Andheri home in such a way that I had a massive bedroom, a walk-in wardrobe and the works. I was a bachelor then and my views on the subject were diametrically opposite to what they are now. Today, I want my children to have their own rooms. Obviously, Mira and my requirement is having a bigger space where the two of us can spend time. We like the thought of staying in a high-rise that offers us solitude, yet gives us access to some aspects that families need”. However, do note that the couple will start living in their new home atleast a year or a year-and-a-half from now, post all the work and interiors are done. (Don't Miss! Kareena Kapoor's Reaction On Shahid Kapoor's Wife Mira Rajput's Statement On Working Moms)

Wow! Shahid and Mira, like you, we too, are super excited to catch a glimpse of your grihpravesh ceremony pictures. What about you guys?