Once again the darlings of media, Suhana, Aryan and AbRam step out publicly with abba Shah Rukh, swarmed by fans and clicked by paparazzi. Have a look.

Celebrity kids are making all the rage in Bollywood and their images splashed all over social media is not a big deal any more. Take 'King' Khan’s AbRam, Suhana and Aryan- the superstar kids are already ruling the hearts of many. And what looks like it, they are all set to steal the limelight from their famous dad and the ‘King of Bollywood’, Shah Rukh Khan. Being the offsprings of an A-lister, the young stars are leaving no stones unturned when it comes to stealing the limelight and achieving the stardom.

Infact, they have become famous celebrities in their own right and for a reason known to the world. It's certainly because of the famous father who is the 'Badshah' of Bollywood and beautiful mom Gauri Khan. No wonder, the kids already have the feel of the whole ‘fame’ thing. The trio looks like a force to be reckoned with and is all set to make the world theirs, just as their star parents have made. Today, the pics of these kids are not a rare sight and once again they have been captured when they were out for dinner with their mom and dad. (Must Read: Twinkle Khanna Hilariously Explains How Hubby, Akshay Focuses On Extra Income. Here Is The Video)

Aryan, Suhana and AbRam have already started to make waves with their fashion statements and are growing up in the glare of shutterbugs. They accompany their doting dad to public events and grab as much spotlight as him. In a post going viral, we can see the star children post the dinner with their dad in Mumbai. Shah Rukh Khan is seen carrying 6-year old AbRam on his arms, accompanied by Aryan Khan and Suhana Khan. Take a look:

AbRam Khan, SRK’s youngest child through surrogacy, is extremely cute and is often seen accompanying his parents. He is often captured by paparazzi while cheering for Kolkata Knight Riders at IPL matches. Shah Rukh Khan’s daughter, Suhana Khan is already grabbing the eyeballs, has become a made-for-the-camera personality and setting fashion goals for the youngsters. The oldest, Aryan Khan is at ease with the camera and looks confident with the tag of his dad. 21-year old Aryan is in news for lending his voice for the character of Simba in the Hindi version of the upcoming Hollywood film, The Lion King. He is currently studying to be a filmmaker and there are reports that he might face the camera soon. (Also Read: Rajeev Sen Shares A Glimpse Of All The Inside Fun From His Wedding Ceremony With Charu Asopa [Video]) 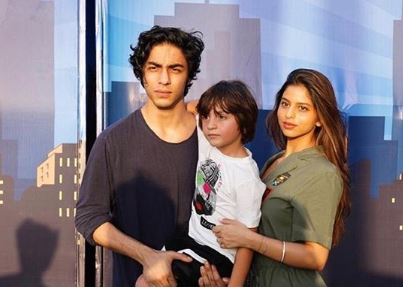 Sometime back, Shah Rukh Khan had posted a picture of AbRam on his Instagram handle and had called him the ‘happy prince’. The caption read, “For all the sons of the world. If your Mama is your Queen then there is no stopping you from being The Happy Prince (and an iPad loaded with games helps too).” 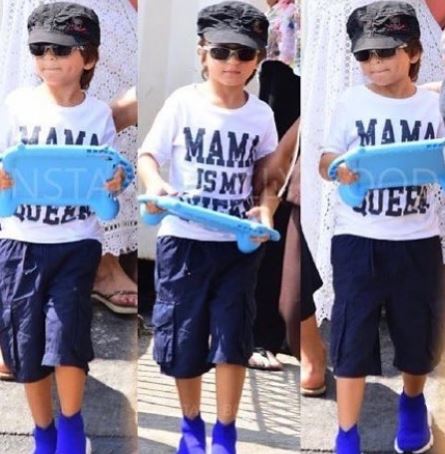 In a throwback interview with the DNA, Shah Rukh had talked about his family and their loving relationship with each other. He had shared, “I’m not very inquisitive or gossip about people’s lives, including my children’s. If they want something, they will just give me a call. Sometimes, they talk about their personal lives, but I know they limit what they tell me. It’s about aankh ki sharam. I don’t pry too deeply. I see the mom (Gauri) and the kids talking, and she asks some really pointed questions, and I’m like, ‘How can you ask them this?’ They may answer or say, ‘I don’t want to tell you’." (Also Read: Chhavi Mittal Pens A Beautiful Note On Pleasures Of Raising A Baby, Talks About Being Newbie Parents) 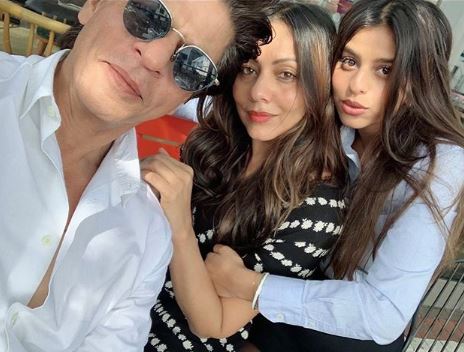 We are eagerly waiting for the kids to debut on the big screen, especially Suhana and Aryan!