Bollywood actor, Shah Rukh Khan had revealed once the reason why his youngest son, AbRam Khan hates his co-star, Kajol. Check it out!

Bollywood actor, Shah Rukh Khan, is an exceptional actor, and girls still go made for his one look. He is the reason why every 'Simran' believes that there is a 'Raj', somewhere just waiting for her. Shah Rukh had just not made us believe in love, but his marital life with Gauri Khan also proves that true love still exists.

Shah Rukh Khan and Gauri Khan are the perfect couples in Bollywood. Shah Rukh makes the entire world go aww whenever we spot him with his lady love, Gauri. It’s been almost three decades since the two had tied the knot and their love still continues to blossom with every passing day. 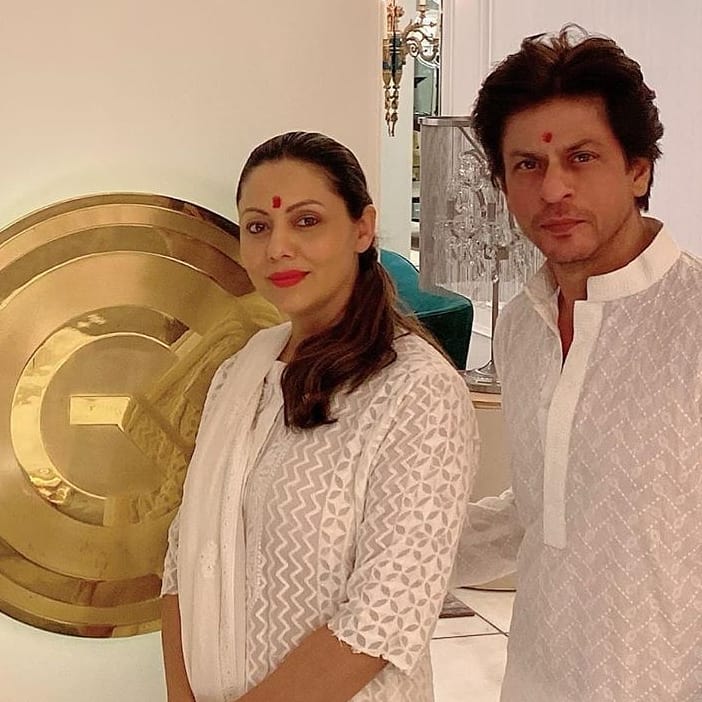 Recently, we stumbled upon a rare interview of Shah Rukh Khan during the trailer launch of his film, Dilwale, wherein he was starred opposite Kajol Devgan. He was asked what his son, AbRam's reaction to his on-screen jodi with Kajol was during the launch. To which, Shah Rukh had revealed that he had started hating Kajol. Shah Rukh had said, "Whenever, whatever we shoot, Rohit shows us what we have shot that day. There was a scene where I get hurt and Abram felt it was because of Kajol. He was very disturbed with her. He looked at Kajol, saying ‘papa tuth gaya’. Toh uska mujhe malum hai, usko humara yeh jo milan hai, usko theek nehi lag raha hai." In an interview with NDTV, Gauri had once opened up on her hubby, Shah Rukh's caring side, which she had witnessed in the lockdown. The star wife had revealed that he was the one, who used to cook food for the entire family in the lockdown. She had said, "During this lockdown, we were initially scared to even order any food from outside. So 'ghar ka khana' is made by Shah Rukh himself and we are enjoying it. He loves cooking and I enjoy eating." In the same interview, Gauri had also talked about Shah Rukh Khan's journey so far and had said, "When I moved to Bombay I was only 21 and there were no plans. I was just going with the flow and fortunately, the flow was beautiful. And no looking back and no regrets. Frankly, I did not realise even after his films released, even after he gave those blockbusters. Took a long, long time for it to sink in that he has arrived. And it was very organic, gradual. It wasn't like I woke up one fine day in this place and said 'Wow, he has arrived'. It wasn't like that. It was his struggle...we went through ups and downs. He has accomplished so much and done so well for himself.. all of us are enjoying his hard work today."

Don't Miss: When Shah Rukh Khan's Daughter, Suhana Khan Had Scolded Him For Not Quitting The Habit Of Smoking

On the work front, Shah Rukh was last seen in the film, Zero.