Alia Bhatt shared a beautiful picture amid a serene 'sky is pink' kinda backdrop, wherein she smiled for a selfie with her sister, Shaheen Bhatt and captioned their sister moment with lovely words.

Sometimes it is better being a sister than being a princess! No matter how much she annoys and irritates you or the fights you have with her on trivial matters, it is her, who has the power to make you smile in a second. As you both grow up, the memories might fade away but love will surely increase with each passing day. Your guide, inspiration, forever friend, partner-in-crime, pillar of strength and whatnot, she is everything for you and will always be there for you! Alia Bhatt has her forever friend in her sister, Shaheen Bhatt and the duo make sure to cherish every moment together. (Also Read: Alia Bhatt Makes A 'Kick-Start' To The Week With Sister, Shaheen Bhatt, Shares A Workout Picture)

During the lockdown, Shaheen Bhatt and Alia Bhatt have been making the most of their time together and are cherishing every moment they can before resuming professional commitments. A few weeks back, Shaheen had posted how proud she was of her baby sister, Alia when the latter had started reading the Harry Potter series. Sharing an IG story, Shaheen had written, “She's finally reading all the many versions of Hary Potter I have lying around. So proud." Alia had posted a picture of the book she's reading and had captioned it, “I’ve made a new friend #worldbookday #currentlyreading." To which, Shaheen had commented, “I’ve never been so happy.” 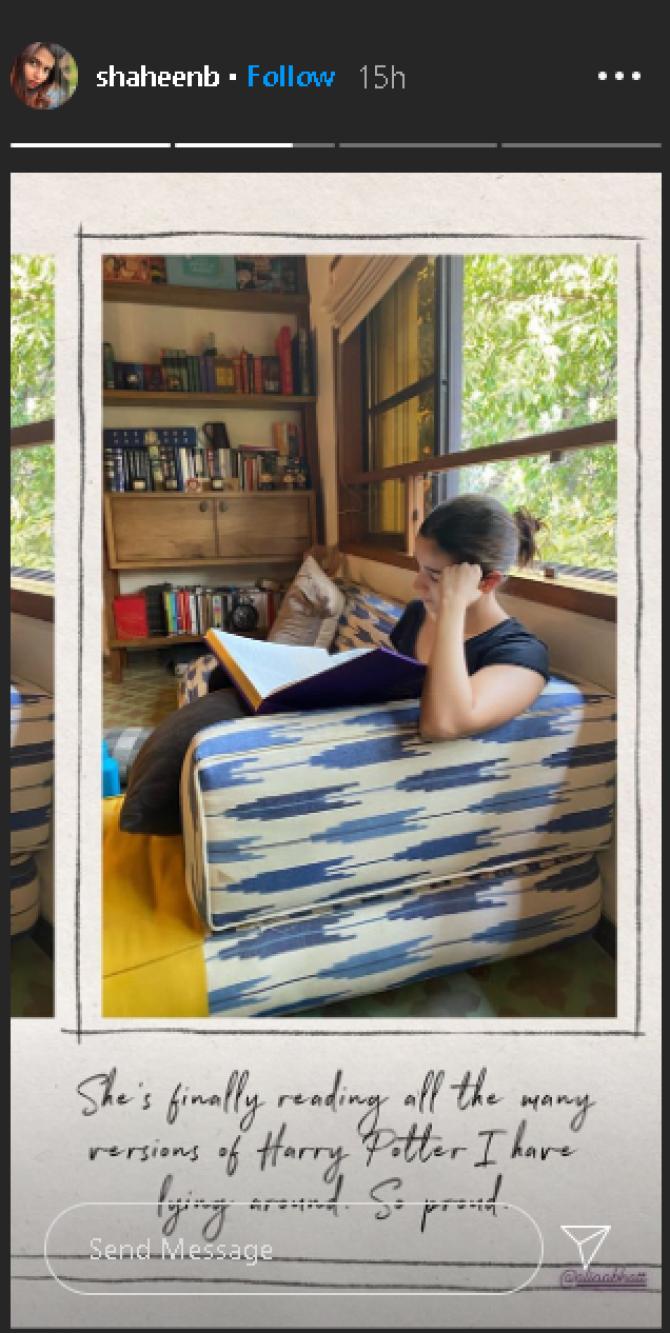 Alia Bhatt and Shaheen Bhatt often take to their social media feeds to give a glimpse of their sister love and July 22, 2020, is no different. Sharing a beautiful picture with a serene 'sky is pink' kinda backdrop, Alia smiled for a selfie with Shaheen and captioned their soothing sister moment as "Pink sunset and a cool breeze, thoroughly enjoyed by two sweet peas." Sharing a solo picture amidst the same backdrop, Shaheen quoted Rachel Carson and wrote, "The more clearly we can focus our attention on the wonders and realities of the universe about us, the less taste we shall have for destruction.- Rachel Carson."

A few months ago, Alia Bhatt had posted a sister special video with Shaheen Bhatt on her YouTube channel, AliaBe. On her day off, Alia had went down the memory lane and recalled some precious memories with Shaheen as the sisters answered some questions about each other in the Sister Tag game. From describing each other to answering questions like who keeps the room cleaner, what they like doing with each other and their funniest childhood memory, Alia and Shaheen had given a sneak peek into their sisterhood. (Also Read: Alia Bhatt Welcomes A New Member In Her Family, Her Girl Duo With Shaheen Bhatt Turns Into Girl Trio)

Alia Bhatt had also posted a video on her YouTube channel, wherein she had given her fans a glimpse of her moving day into her new house, two years back. In her vlog, Alia had said, "A new, very personal vlog is up on my channel. It's a look back at when I moved into my home two years ago." Describing how she went about designing her house with the help of her sister and her interior decorator, Alia had revealed that she was a part of the designing process as she's always been very 'particular about her space'. Alia had also said that she strongly felt for her new place as it was the first time, she had moved out of her home into a house she bought with her own money. 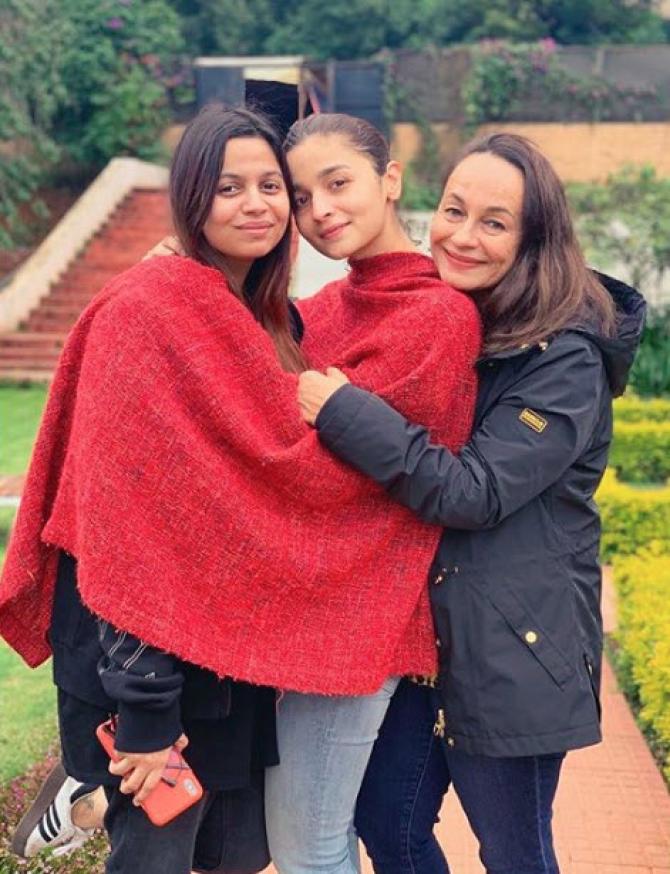 Alia Bhatt was involved in deciding every aspect of her house and revealing why it was a special experience for her, she had continued, "Moving into my house was a very, very special experience because it was the first time I was moving away from my home into my new house. The whole process took about two years doing the up and all.... A lot of the things we (Alia and her sister Shaheen) did were by ourselves... like I said, I wanted to be involved with each and every aspect of the house because eventually I have to live in it. I'm a very particular person about my space... very much like a cat." Speaking of Shaheen staying part-time with her, Alia remarked, "Initially, I was going to move in alone then I decided to take my sister along with me and of course, she was happy. But she decided to live part-time with me and part-time with our parents."

How her sister, Shaheen Bhatt had picked up stuff for her house from the vacations she had been to and how much time it had taken to set up everything, Alia Bhatt had concluded her vlog on the note, "My sister is amazing with like picking up little things for the house. She ordered a lot online and we made a couple of trips (for the stuff). However, it (the set up) didn't happen in one go. It took a couple of days and there were times where we felt the house was set but then few days later we would change our minds. But I really enjoyed that process and whenever I look back and think about it feels like it was ages ago but actually it wasn't long ago." (Also Read: Alia Bhatt And Shaheen Bhatt's Mother, Soni Razdan Angry At Instagram For Not Stopping Online Abuse) Much love to Alia and Shaheen!