Rumours of ace designer, Masaba Gupta dating Bollywood actor, Satyadeep Mishra, and that the alleged love-birds are spending their lockdown together were already rife, when he dropped a truth bomb! 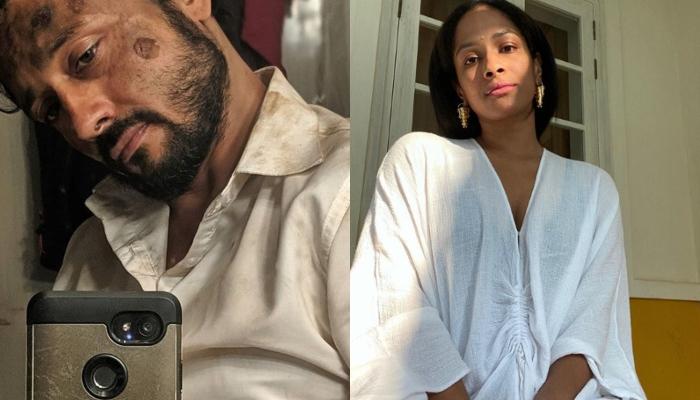 Ace fashion designer and a favourite amongst Bollywood celebrities, Masaba Gupta's personal life has always been under the wraps, but our gossipmongers find a way to somehow sniff out some pertinent news, often. She had gotten married to producer, Madhu Mantena in a court marriage in 2015, but turns out, things weren't supposed to last, and after a downfall of their relation, the couple had decided to go for trial separation in 2018. And the court had granted them divorce in March 2020. Now, in the latest development, going by the rumours, Cupid has struck Masaba again! (Recommended Read: Shahid Kapoor And Wife, Mira Rajput Kapoor Are Not Spending Lockdown In Mumbai But In This City)

If a report by Mumbai Mirror is to be believed, ace fashion designer, Masaba Gupta has found love again, in Bollywood actor Satyadeep Mishra, who happens to be Aditi Rao Hydari's ex! Although Masaba and Satyadeep are trying hard to keep their romance under wraps, but all in vain because the news is already out in the open. Not that either Masaba or Satyadeep has come forward yet, to confirm/deny the same. The reports also suggest that Masaba and Satyadeep are spending their lockdown together in Goa. Scroll down to check out a picture of Masaba, that Satyadeep has shared!

Masaba Gupta's rumoured beau, Satyadeep Mishra shared a picture of her, indulged intently in her laptop. It seems she's quite busy, working from home, while the alleged beau is making frivolous attempts to seek attention from her! Love, is indeed beautiful in a bitter-sweet way. Taking to his Instagram stories, Satyadeep posted a picture of Masaba, sitting on the bed, looking ethereal in a white bath-robe, busy working on her laptop. Satyadeep wrote a caption atop the picture which can be read as "Zoom out...pre-launch focus" followed by a muscle-flex emoji. In the picture, we can also see Masaba's recently launched perfumes. Check out the picture below: 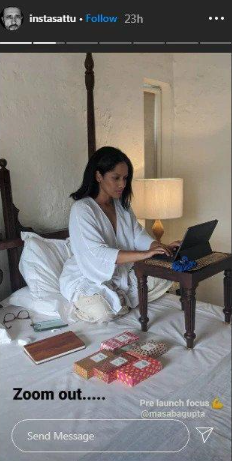 It seems social media is responsible for the 'unboxing' of their (not so) secret romance, as their social media banter had brought everyone's focus on them for the first time. Also, it's pertinent here to mention the fact that Satyadeep Mishra is followed by Masaba Gupta's close friends on Instagram.Validation of 'girl-gang' much? If the reports in Mumbai Mirror are to be believed, they claim that Masaba and Satyadeep are spending their lockdown together in Goa. They had gone there for couple's weekend but had ended up being stuck there for two months, due to the imposed lockdown. For the uninitiated, Satyadeep had gotten married to Bollywood actress, Aditi Rao Hydari in 2009, but they had separated after four years of marriage in 2013. (Also Read: Ravi Dubey's Video With Wife, Sargun Mehta About Their Mornings Is An Epitome Of 'A Savage Husband')

Masaba Gupta and the co-founder of Phantom Films, Madhu Mantena's divorce was the talk of the town for a long time. On her divorce, Masaba, in her statement, had said, "Both of us have taken this decision after consulting professionals and our parents. The only thing we are ready to say right now is, 'what we both want out of life individually and separately is putting unnecessary pressure on the marriage and the love that we share. Hence we would take time off from each other and our marriage to figure out for ourselves what we want out of this life." (You May Also Like: Abhishek And Shweta Unveil Two Moods Of Amitabh Bachchan And Jaya Bachchan On Their 47th Anniversary) 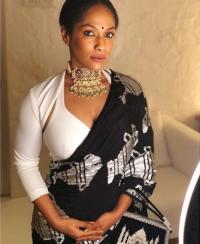 Well, all we can say is, we can clearly hear the melody, 'Do dil mil rahein hain, magar chupke chupke!' on this whole scenario! 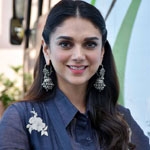