To mark Amitabh Bachchan and Jaya Bachchan’s 47th wedding anniversary, Abhishek posted a ‘lost in each other’s eyes’ photo while Shweta shared a laughing candid picture of the senior Bachchans. We live in a fast-paced world where meeting deadlines, chasing targets, pursuing dreams, travelling for work and whatnot, takes away from us what matters the most in our lives. And i.e., time for us and our family. But in all the madness, the calm we feel when we get back home to the ones, who matter the most in our lives, and hug them, that's what makes us forget all the worries. Being in a relationship and being in a relationship that lasts long are two different things. Some couples prove that commitment and compatibility are the pillars that help a relationship last long when everything else fails. (Also Read: Jaya Bachchan's Reaction When Amitabh Bachchan Was Declared 'Clinically Dead' After Coolie Accident)

Without a shadow of a doubt, Amitabh Bachchan and Jaya Bachchan make it to the list of long-lasting couples, who have swum together against the tides to make it to the shore. The then-struggling actor, Amitabh Bachchan and the superstar, Jaya Bhaduri had fallen for one another in Ek Nazar after being introduced at the sets of Guddi. Chupke Chupke their love had blossomed and the Silsila of an eternal love story had begun. With no Abhimaan in their relationship, Jaya Bhaduri had taken her steps towards her Piya Ka Ghar in 1973 and their married journey has been filled with Kabhi Khushi Kabhie Gham moments. 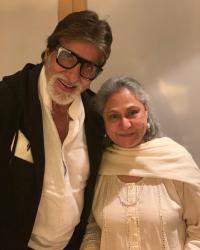 It was on June 3, 1973, when Amitabh Bachchan and Jaya Bhaduri had embarked on their journey of ‘happily ever after’ together and there has been no looking back since then. On June 2, 2020, Amitabh and Jaya completed 47 years of married life and to mark the special day, Big B posted two pictures from their wedding and revealed how he had obeyed his father, Harivansh Rai Bachchan’s wish by marrying his Zanjeer co-star. Amitabh Bachchan tweeted, "47 years… today.. June 3, 1973!! Had decided if 'Zanjeer' succeeded we, with few friends would go to London, first time, to celebrate... Father asked who you going with? When I told him who he said, you will marry her then go... else you don't go... I obeyed!" 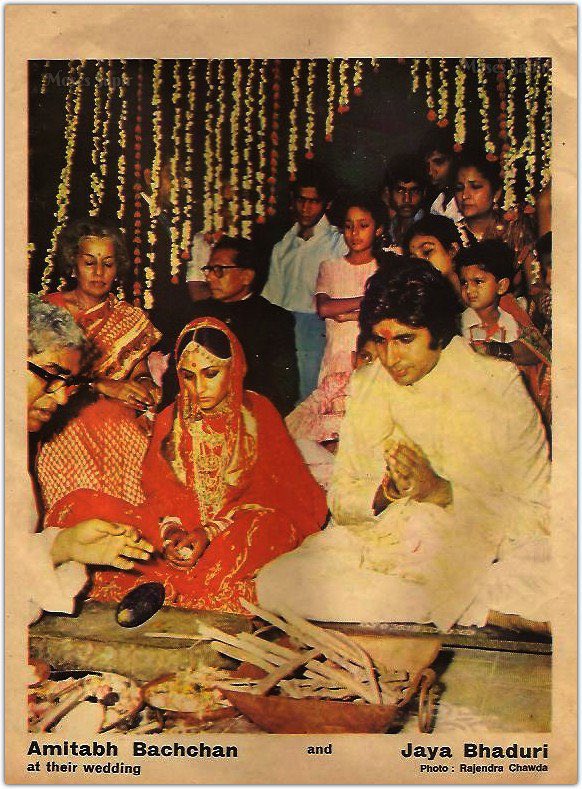 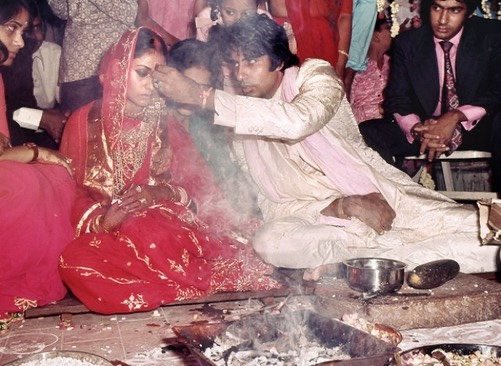 On their 46th wedding anniversary, Amitabh Bachchan had revealed his interesting wedding story with Jaya Bhaduri in the unusual circumstances and their chat mangni pat vyaah in his blog post. Reminiscing the incident, Amitabh Bachchan had elaborated on his blog, “I lived on the 7th Road of this society.. on a rented house.. marriage had been decided among us.. nothing to be exaggerated or celebrated with any aplomb.. just the two families and.. done.. off to London, my first trip ever and hers too.. Zanjeer a success and a promise that if it did well we would all - a gang of our friends - would go on a holiday to London! Seeking or rather informing parents that we were a group of friends going to England .. who all are going came the query from Babuji .. names disclosed .. Jaya is also going with you.. you both are alone.. yes.. if you have to go marry and go.. ok.. pandit and family informed.. next day all set.. flight at night.. marriage to finish before the flight.” 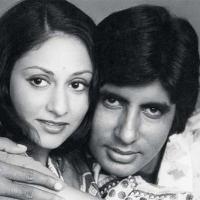 Recalling how everyone had prepped up in full swing for Amitabh Bachchan and Jaya Bhaduri’s ‘next day’ marriage as the wedding rituals had to be completed before their flight to London on the same night, Big B had written, “I dress up in formal marriage Indian.. get into my car and want to drive to Malabar Hill where her friends lived and where the ceremony was to be done.. my driver Nagesh, pushes me out and insist he would drive me to the wedding.. the substitute for the tradition horse.. Waiting all set at Mangal, the name of the house on rent on the 7th road JVPD Scheme.. and it begins to drizzle.. neighbours rush out to me.. leave for the wedding now.. the rain is a good omen.. off I went.. wedding over in a few hours.. done.. Mr and Mrs proclaimed.. over!!” 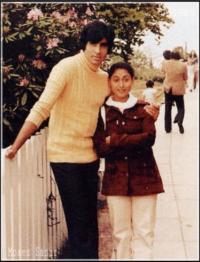 On April 17 2020, Amitabh Bachchan had posted a throwback candid picture with his father, Harivansh Rai Bachchan, mother, Teji Bachchan and wife, Jaya Bachchan, from the premiere of the film, Sholay. Admired by his wife’s beauty, Big B had written, "At the Premiere of SHOLAY .. 15th August 1975, at the Minerva .. Ma, Babuji, Jaya and a bow tied moi .. how pretty Jaya looks .. This was the 35 mm print at the Premiere .. the 70mm Stereo sound print , first time in India was stuck in Customs.. but after the Premiere got over by midnight, we got news that the 70mm print was out of Customs .. we told Ramesh ji to get it to the Minerva .. it came .. the first Indian film on 70mm Stereo .. and I sat on the floor of the Balcony with Vinod Khanna and finished seeing this amazing result till 3 in the morning." (Also Read: When Amitabh And Jaya Bachchan Posed For A Perfect Family Portrait With Grandkids, Navya And Agastya) 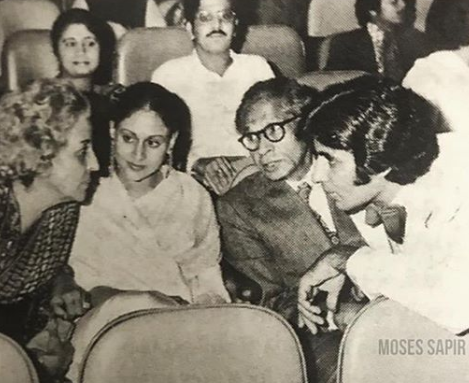