Saroj Khan passes away at the age of 72 in Mumbai due to cardiac arrest. Her daughters burst into tears outside the cemetery where their mother is lied to rest. Video inside!

The year 2020 has come as a vicious trap for every living person. For Bollywood, the year looks like a curse as not even a single month goes by without the demise of our favourite stars. The year took away some legends and gems from us, namely Irrfan Khan, Rishi Kapoor, Wajid Khan, Sushant Singh Rajput and now, ace choreographer, Saroj Khan has left the world for her final journey. Saroj Khan, who has single-handedly given new dimensions to dance forms and choreography, breathed her last at the age of 72 in Mumbai. (Also Read: Riddhima Kapoor Recreates Mom, Neetu and Dad, Rishi Kapoor's 'Twinning In Black' Picture With Mommy)

As per the reports, she succumbed to cardiac arrest at 1:52 AM on July 3, 2020. She was admitted to the city's Guru Nanak hospital on June 20, 2020, after complaining of breathing issues. According to reports, she had severe diabetes. She has left behind her husband, B. Sohanlal, son, Hamid Khan and daughter, Sukanya Khan. Saroj ji’s daughter, Sukaina told PTI that a prayer meet for her mother will be held next week. She said, “We buried her at around 7 am. The prayer meeting will be held after three days.” 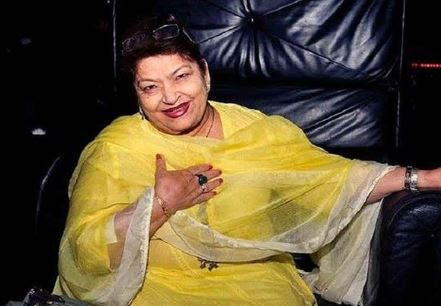 While the nation is mourning over another loss, it is the biggest loss to her family. Every daughter is utterly close to her mother and losing a mother is like losing a limb. Growing up, our mother is the person, who constantly ensures our safety and well-being. She is the first person, we look up to and losing her must be an unbearable pain. Saroj Khan's mortal remains were taken to the Awais-e-Qarni Muslim Kabristan in Malad for burial, early morning, and her daughter is inconsolable and burst into tears outside the cemetery due to the loss. 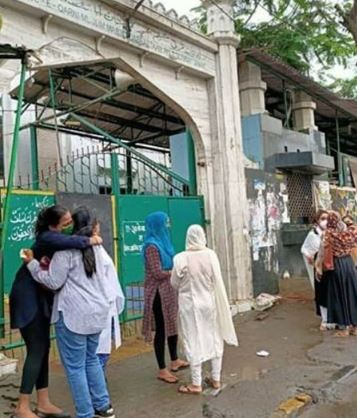 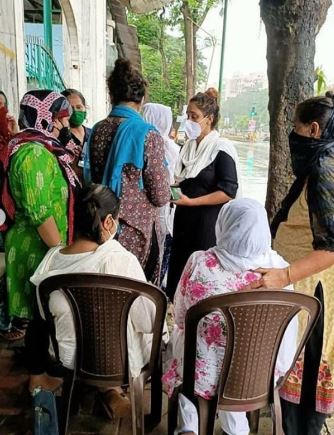 While the family is dealing with the loss and her daughters are crying, Bollywood celebrities too are in shock and condolences started pouring in from all over the industry. Madhuri Dixit, who was said to be Saroj ji’s muse and her favourite student is also devasted with the news. She tweeted, “I'm devastated by the loss of my friend and guru, Saroj Khan. Will always be grateful for her work in helping me reach my full potential in dance. The world has lost an amazingly talented person. I will miss you My sincere condolences to the family. #RIPSarojji.” Also, Madhuri Dixit took to her Instagram handle to pen a eulogy for her master ji, "I'm devastated & at an utter loss of words today! Saroj ji was part of my journey since the beginning. She taught me a lot, not just about dance but so much more. There's a rush of memories in my head thinking of this big personal loss. My heartfelt condolences to the family." 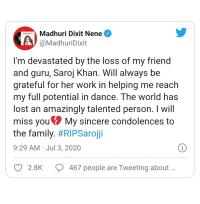 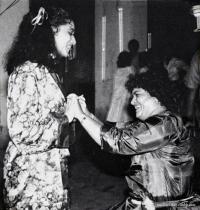 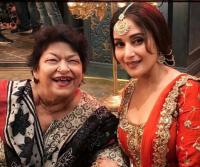 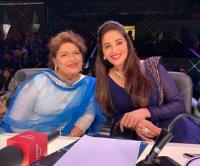 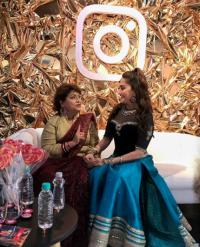 Other Bollywood celebrities too penned down their condolences for the lady, who changed the scenario of dancing in Indian cinema. Akshay Kumar wrote on his Twitter handle, "Woke up to the sad news that choreographer #SraojJan ji is no more. She made the dance look easy almost like anybody can dance, a huge loss for the industry. May her soul rest in peace." Riteish Deshmukh, who had worked with her once, remembered how she had changed the landscape of how songs were shot and wrote a heartfelt eulogy on his twitter handle. His tweet can be read as "Rest in peace Saroj Khan ji. This loss is immeasurable for the industry and film lovers. Having choreographed more than 2000 songs, she single-handedly changed the landscape of how songs were shot. I had the pleasure of being choreographed by her in Aladin. One tick off my bucket list." Take a look at some of the condolences below. (Don't Miss: Priyanka Chopra Jonas And Nick Jonas Are A Sight To Behold In This Intimate Picture For The Vogue) 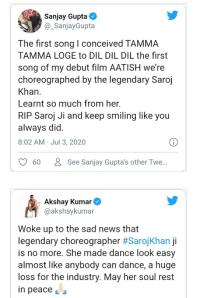 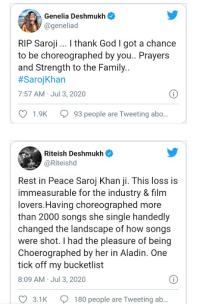 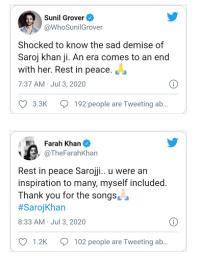 Ace Bollywood choreographer, Remo D'Souza, who had worked with the great Saroj Khan and had practically learned and trained under her, mourns her demise gravely. Penning a eulogy for his masterji, he wrote, "Got up with a huge pain in my heart, on hearing about your demise, you were an institution in yourself, the biggest loss to our dance fraternity, was fortunate to dance under you, dance with you, choreograph you and choreograph with you and direct you. Will never forget the love and the passion with which you would choreograph each song the passion in your eyes was like never seen before. Thank you for teaching me so much. You will always be remembered and always in our hearts. Saroj ji, my condolences to the entire family. R.I.P. mam." (Recommended Read: Mira Rajput Kapoor Posts Photo With Hubby, Shahid Kapoor, Shares Excitement For Wedding Anniversary) 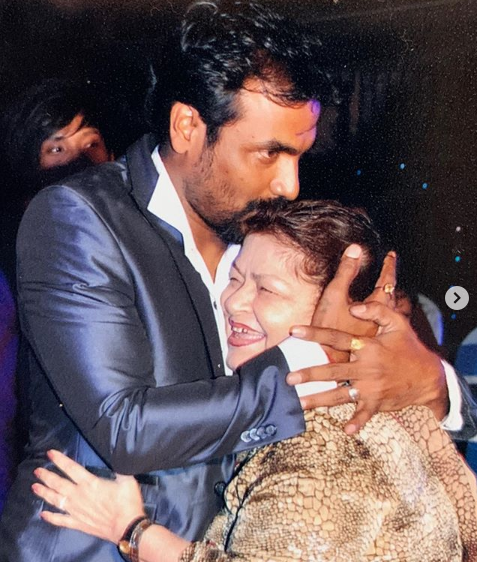 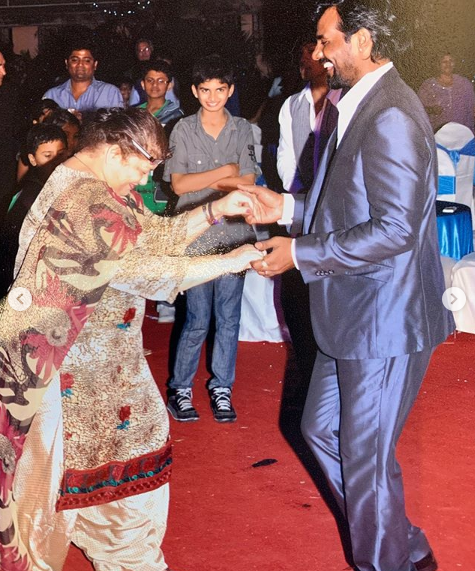 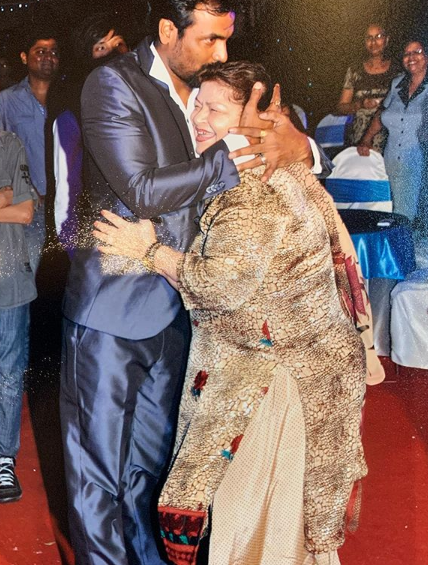 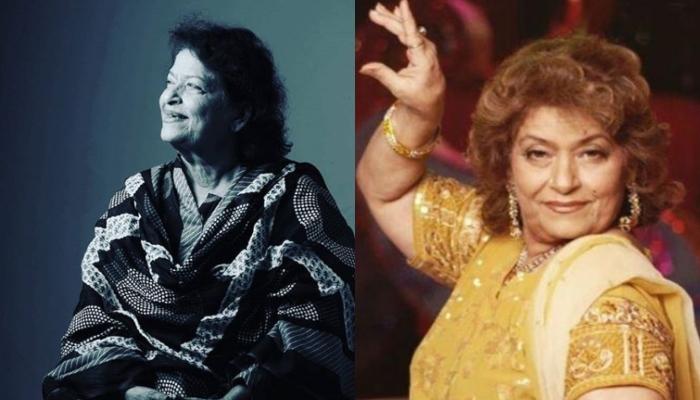 July 3, 2020, was one of saddest days in the history of Indian cinema as Bollywood had woken up to the news of the great choreographer, lovingly called masterji by many, leaving for the heavenly abode. Saroj Khan had taken her last breath at 1:52 am in Mumbai. Bollywood had