Ever since Sara Ali Khan had confessed her liking for Kartik Aaryan, rumours have been rife that something is brewing between the two. Now, checkout what the latest report about their love has to say. 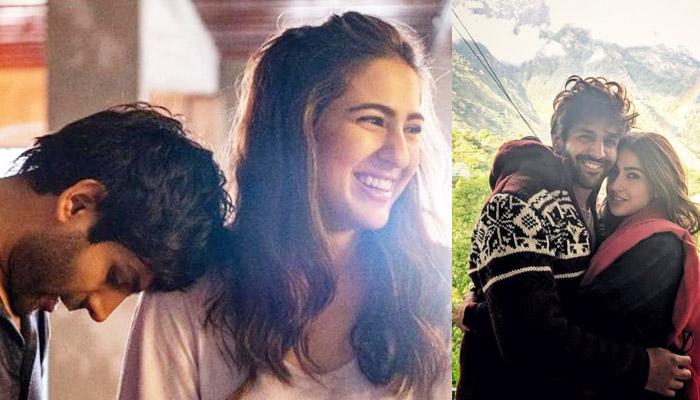 Kahin naa kahin, koi naa koi mere liye banaya gaya hai… Remember this dialogue from Dil To Pagal Hai? This has exactly been the case with one of the wittiest, frank, vocal and quite filmy rising stars of Bollywood, Sara Ali Khan. Right from her pretty looks, amazing acting skills, confidence during media interactions and her elaan-e-crush for Kartik Aaryan, Sara has not only made many men fell flat for her, but she has also urged female fans to fall in love with her.

For the ones who have been living under the rocks all this while, when Sara had made her debut on Koffee with Karan season 6, she was at her candid best and had revealed her love for Kartik when she had said, “I want to date Kartik Aaryan.” Well, ever since, their probable love story is knocking in everyone’s minds and is making it to the headlines. And the icing on the cake was when they were signed for Imtiaz Ali’s Love Aaj Kal’s sequel, Aaj Kal. (Also Read: Sameera Reddy's Newborn Baby Girl Cuddled In Her Arms In Latest Picture Speaks Volumes Of Love) 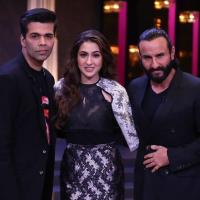 Now, as per a latest report by Mumbai Mirror, things are taking a serious turn in Sara and Kartik’s relationship. So much so, that the two make sure to Facetime each other when they are not together. Not just this, the report further suggested that Kartik apparently video-called Sara during one of his recent brand shoots. And the call was about taking Sara’s opinion on his clothes, hair and styling. Ahaan, things are going the serious way, it seems!

On July 1, 2019, when Sara and Kartik had wrapped up their shooting for Imtiaz Ali’s next Aaj Kal, both of them had taken to their Instagram handles to post a heart-warming note. Sara had written, “It's a WRAP!! 66 days & a million memories Thank you @imtiazaliofficial for making my dream come true. I truly appreciate your warmth, patience and consideration with me every single day. Being on your set has been a privilege that I will always cherish and already miss. Thank you @kartikaaryan for instantly making me comfortable with you, for selflessly giving and for consistently looking out for me. From coffees about you to chai’s with you, I wish we could do it all over again. I’m going to miss you more than you know and more than I can admit.” (Also Read: Navina Bole Shares The First Glimpse Of Her Two-Month-Old Daughter, Kimaayra Resting On Her Shoulder) On the other hand, Kartik had written, “When Veera says, “Par yeh raasta, yeh bahut accha hai. Mein chahti hoon ki yeh raasta kabhi khatam na ho.” This is what shooting with @imtiazaliofficial feels like. 66 days were wayyy too less. It's a wrap. A film I never wanted to end. Thank you to my dream director. And couldn't have asked for a better saathi in this journey than Princess @saraalikhan95. Want to work with you again and again and again.” (Checkout: Karanvir Bohra's Wife, Teejay Sidhu's Life Lesson For Twin Babies Prove What A Doting Mommy She Is)

Every now and then, Sara and Kartik keep hitting it to the headlines and what makes everyone go ‘awww’ is the way they shy and blush when asked about one another. For instance, when at Lux Golden Rose Awards 2018, when a reporter had questioned Kartik about him being Sara’s crush, he had blushed and replied, “Nahi, date ke liye kahan bola unhone.” He had further stated, “I don’t know what to say to that. All I can say is that she is very pretty, and I am looking forward to her film.” And then he had signed off by saying, "Haan, matlab coffee pina chahunga." Here, see for yourself how Kartik had blushed:

Aren’t you guys waiting for their official announcement if they are dating or not? Well, we await anxiously!