Sara Ali Khan Reveals What Comes To Her Mind First When She Thinks Of 'Love', It Isn't Kartik Aaryan

Sara Ali Khan Reveals What Comes To Her Mind First When She Thinks Of 'Love', It Isn't Kartik Aaryan

In an Up Close segment, Sara Ali Khan played the 'first word that comes to your mind' game and when she was given the word ‘love’, she didn't take the name of her crush, Kartik Aaryan, as we expected! Be it her “Yeah, tell him na!” confession on Koffee With Karan for crush, Kartik Aaryan, or the humbleness with which she steps out every time and greets everyone with an adab, ‘Sara’ world is fida on her smile and gracefulness! Blessed with the best genes of her star parents, Saif Ali Khan and Amrita Singh, Sara Ali Khan had created a stir in the media, even before her big Bollywood debut. More than her star family status, it was her opinionated, sassy and unapologetic attitude, that had made us fall for this 24-year-old starlet. (Also Read: Taimur Ali Khan Greets Media With 'Hi' As He's Back To Mumbai With Kareena Kapoor Khan-Saif Ali Khan)

We love how Sara Ali Khan has always been upfront about not only her professional life, but personal too! From not being tongue-tied answering questions about her ‘modern family’ including parents, Saif Ali Khan and Amrita Singh’s divorce, her step-mother, Kareena Kapoor Khan, half-brother, Taimur Ali Khan, brother, Ibrahim Ali Khan, to confessing her relationship with Veer Pahariya and her crush on Kartik Aaryan, Sara only makes us wonder ‘From where does she get all that confidence from?’ 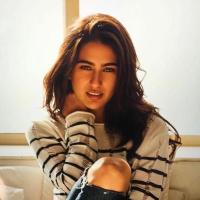 In a fun Up Close chat with Femina India, Sara Ali Khan played the 'first word that comes to your mind' game. During the game, when she was given the word ‘love’, Sara answered, "existing, should be found, work, passion, food and mithai", while we all thought Kartik Aaryan would be the first one on the list.

When Sara Ali Khan was given the name of her half-brother, Taimur Ali Khan, she replied, “baby, cute, brother, sweet, adorable, munchkin, father, Kareena”. Sara shares a warm bond with Taimur and in an interview with the Mumbai Mirror, speaking about her equation with him and brother, Ibrahim Ali Khan, she had said, "Both are bundles of cuteness and equally naughty. Their naughtiness takes different shapes because they are of different sizes. Taimur’s still a child and I can’t wait for him to grow up to bond with him. Ibrahim’s 18 and we’re very close. There’s nothing about me he doesn’t know while I know just 10 per cent of his life because he can be somewhat shady (chuckles). My mom, Ibrahim and I are a close unit." 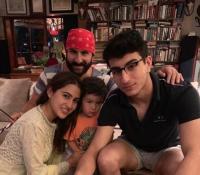 It was on August 12, 2019, Sara Ali Khan had turned 24-year-old and her Aaj Kal co-star, Kartik Aaryan had flown to Bangkok to be with her on her special day. Posting a selfie from Sara’s birthday celebration in Bangkok, with his ‘princess’ flaunting her million-dollar smile, Kartik had written, “Happy Birthday Princess @saraalikhan95 And Eid Mubarak (this time without the mask).” In the second half of his caption, Kartik is referring to his Eid 2019 special post, wherein he had posted a picture with Sara with their faces hidden with pieces of cloth. (Also Read: Sara Ali Khan's Beauty Secret Is Dadi Sharmila Tagore Ke Nuske, It Is Something Everyone Must Follow) 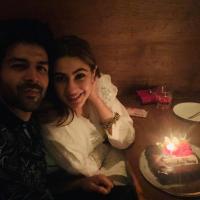 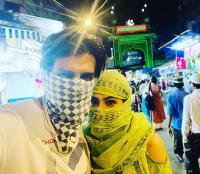 Sara Ali Khan had been shooting for her upcoming remake of Coolie No. 1, opposite Varun Dhawan, and she came back in Mumbai on August 20, 2019. In a video when she was captured by the paparazzi while exiting the airport, Sara could be seen happily posing with her fans and smiling wide for a selfie. Dressed in a simple white tee with neon sleeves, blue ripped denim and white shoes, Sara looked flawless in her airport casual look. It was her humility of clicking a selfie with kids after a long flight that had won the netizens’ hearts. 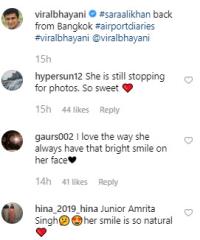 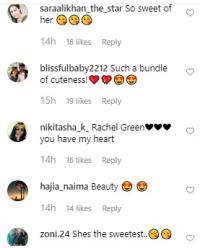 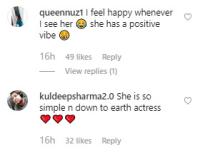 To mark 33 years of AJSK, the designer duo, Abu Jani and Sandeep Khosla have been posting their path-breaking remarkable statements from their journey. Sharing one of the mother-daughter duo, Amrita Singh and Sara Ali Khan in intricately designed AJSK ensembles, they had written, “2006: Treasure made of threads! Amrita Singh and Sara Ali Khan appear ravishing in ‘Rabadi’ for Abu Jani Sandeep Khosla’s India Fantastique. Their ensembles feature a beautiful blend of geometric and abstract khakas in multicoloured appliques. @saraalikhan95 #33YearsOfAJSK.” 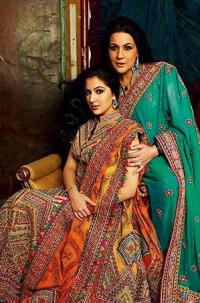 Sara Ali Khan had made her ramp debut at the FDCI India Couture Week as a showstopper for Falguni Shane Peacock's Bonjour Ajmer collection. As Sara had gracefully walked the ramp and floored everyone with her adab in the end, it was her special friend, Kartik Aaryan and brother, Ibrahim Ali Khan, who had cheered for her from the front row. Sharing a picture of Sara, Falguni Shane Peacock had written, “The young and effervescent @saraalikhan95 looked exquisite as she walked the ramp in an antique white, crystal cascaded lehenga at the India Couture Week. @fdciofficial.” (Also Read: Sara Ali Khan Gets Candid About Weight Loss Journey From 96 Kgs To A Slim Body, Despite Having PCOD) 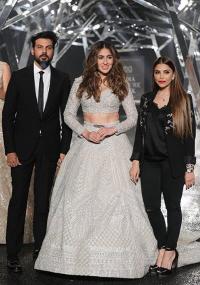 On the work front, Sara Ali Khan is shooting for the remake of Coolie No. 1, which is slated to release in May 2020.