Sara Ali Khan made her debut in the year 2018 with 'Kedarnath'. Barely two films old, the actress is a picture of grace and wisdom! She opened up about her equation with Kareena Kapoor Khan. 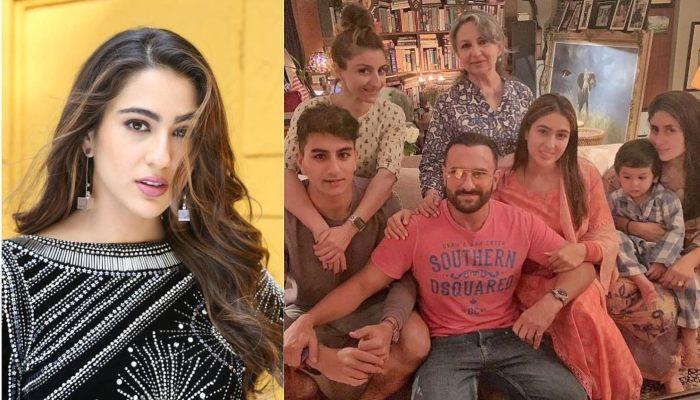 Saif Ali Khan’s daughter Sara Ali Khan has been a ‘star in the waiting’ for a longtime, with many in the industry speculating about her Bollywood debut from the time she was a teenager. She finally made her debut with Kedarnath in 2018. The actress has impressed everyone with her performances and made a place in everyone's heart. Sara has already become one of the most sought-after star kids in Bollywood. The actress has won the hearts of her fans with her stunning performances and humble nature.

It is a known fact that Sara Ali Khan’s step-mom, Kareena Kapoor Khan shares a healthy relationship with her. The actress on various occasions had praised Sara and it is said that the two are like best friends. Sara is Saif's daughter from his previous marriage with Amrita Singh. The former couple got divorced in 2004, and Saif married Kareena in 2012. (Must Read: Niti Taylor's 'Saras Che' Garba Performance With Family On Her Engagement, Channels Inner Gujarati) 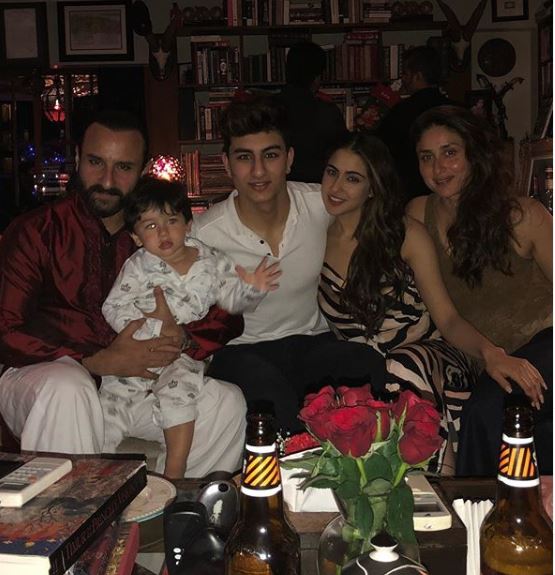 Both Sara and Ibrahim share a great bond with their dad, Saif and are often seen spending time with him and sometimes with Kareena too. In an interview with Femina, Sara Ali Khan opened up about her relationship with Kareena and said that while Kareena is a friend to her, she is her father’s wife and makes him happy. She also went on to talk about the kind of conversations that they have. The Simmba actress said, "I do think that Kareena is my friend, but more than that, she is my father’s wife. I respect her and realise that she makes my father happy. We belong to the same profession, and have a similar world, thus, our conversations include that as well." In her recent interview with Filmfare, she had spoken about her modern family. Praising her mother for creating ‘the most secure, happiest and healthiest space’ for her, and dad Saif Ali khan for always being just a phone call away. She said that her parent's separation when she was just a child worked out for the best. She said, “I was a kid, who understood that her mother and father were happier that way. I can’t change how they are when they’re together. But you must know the option. I could have been brought up in an extremely unhappy, unstable and toxic household.” (Do Read: Palak Purswani Of Yeh Rishtey Hain Pyaar Ke Posts A Heartfelt Birthday Wish For BF Avinash Sachdev) 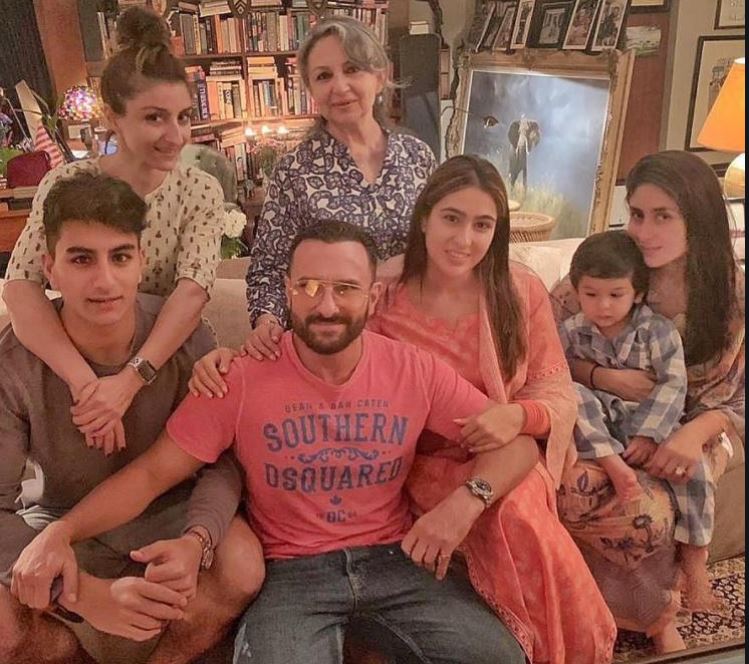 Talking about her equation with Saif to Filmfare, she said that though her parents got divorced, Saif never made her feel he was away. Sara said, “And as far as my father is concerned, he’s never ever let me feel that we don’t live together. He’s always a phone call away. He’s always available for dinner, for coffee. So why would I feel like that? I have two happy homes with two happy parents. That’s a win-win situation as opposed to a massive loss for everyone.” 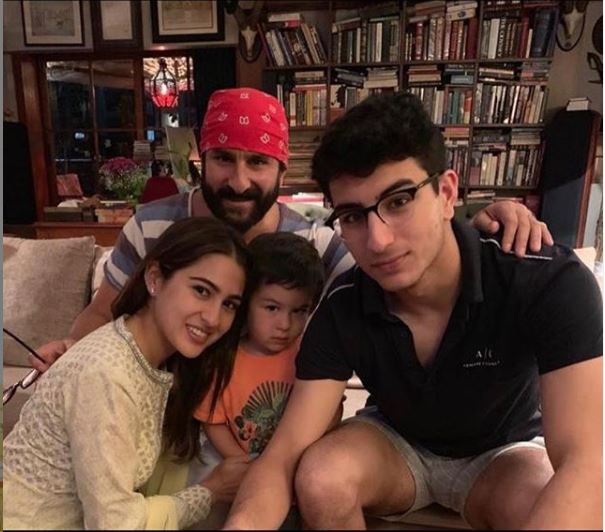 In the last session of Koffee With Karan, Sara had revealed that Amrita was the one who had dressed her up for Saif and Kareena's wedding. She had also said that it had not been awkward for her at any point. She had further said, "I feel that everybody has been very clear with me, vis-a-vis the equations. It has never been confusing. Kareena herself says, 'Look, you have a great mother. What I want is for us to be able to be friends.' My father also never said, 'This is your second mother' or made it uncomfortable in any way." Adding that it was important to respect what other people want. 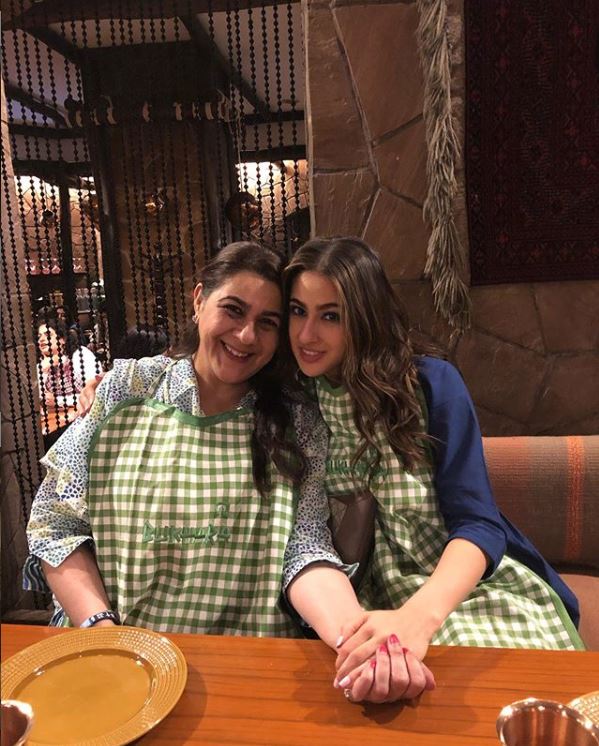 When Karan had joked about Saif ever making Sara address Kareena as 'chhoti maa', the Simmba actress had said, "I think Kareena would have a nervous breakdown if I was to call her 'chhoti maa'. She would be like, 'What?! No!'" She had further added, "I used to be like, 'What should I call her? Kareena? Aunty?' And my father was like, 'You don't want to call her aunty!'" Sara had laughed it off, adding that she calls her 'K' or Kareena.. (Recommended Read: Kapil Sharma Reveals If He Wants A Boy Or A Girl On Embracing Fatherhood Soon, Says We Are Waiting) 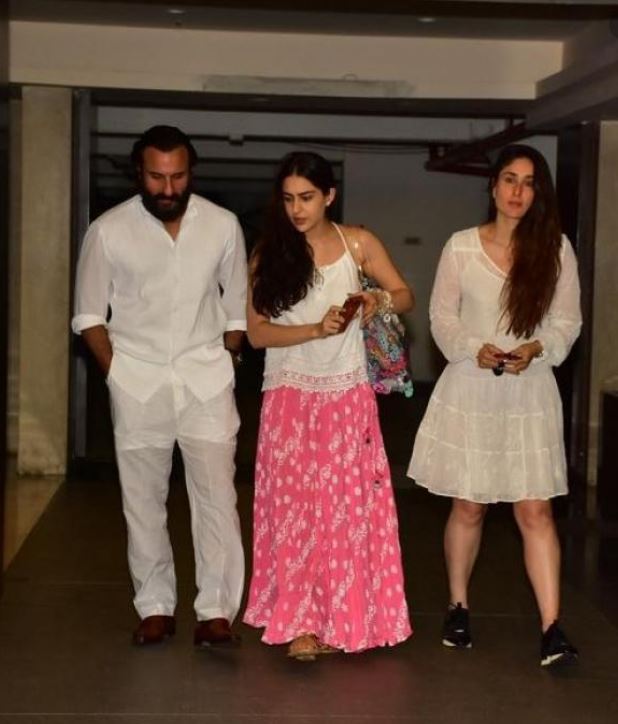 What do you guys think about their equation? Let us know.