Sara Ali Khan had once confirmed that she dated ex-Union Minister's grandson, Veer Pahariya, but now they are a closed chapter. Veer had moved on in life and found love in a beautiful entrepreneur.

Breakups and patch-ups are a part and parcel of life. You meet a person, your soul touches one another’s and you end up being regarded as a ‘couple’. Days go by and you actually start pacing in life together when you suddenly realise that you two are not meant to be. And thus, you end up parting ways. This is what must have happened with Bollywood’s most confident newcomer, Sara Ali Khan and her ex-beau, Veer Pahariya. (Do Read: Sanjay Dutt Birthday Special: He Was Once Dating Three Women All At Once, Revealed How He Managed)

Sara Ali Khan truly exceeded our expectations with her phenomenal performance in Abhishek Kapoor’s Kedarnath and Rohit Shetty’s Simmba. The promotions of the film were followed by more and more interviews as people were eager to know about this millennial superstar in the making. And in one of the many occasions, when Sara was questioned about 2016 rumours which had it that she was dating former Union Minister's grandson, Veer Pahariya. A few pictures of Sara and Veer getting all cosy were also leaked on social media. And that is exactly when Sara had confirmed that she did once date him (Veer was Sara’s only boyfriend till date), but now, they are a closed chapter. 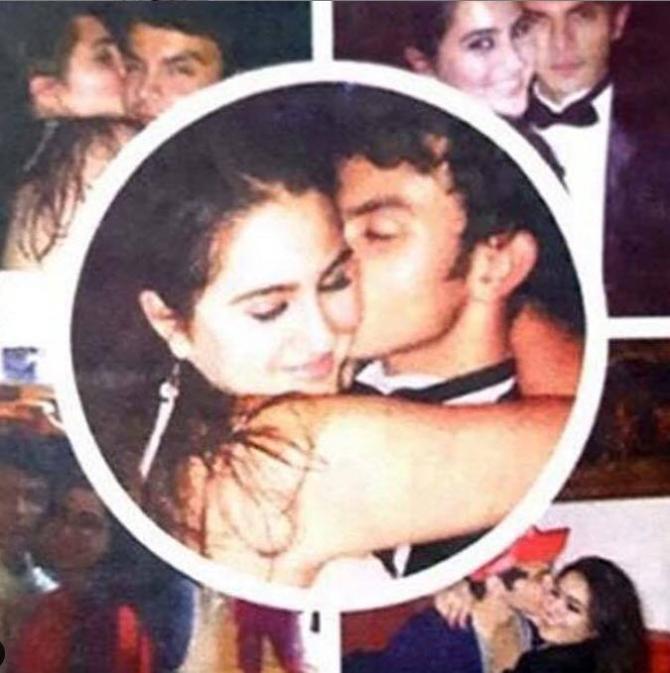 Months after the interview, a latest SpotboyE report has it that quite like Sara Ali Khan, her once beau, Veer Pahariya too, has moved on in life. Veer has found love in an extremely gorgeous entrepreneur, Tasheen Rahimtoola. However, the catch in the tale is Sara, Veer and Tasheen belong to a common friends circle and have known one another even when the former duo were dating. Post Sara and Veer’s breakup, the latter found solace in Tasheen and as per the report, are completely into one another now. The report also had it that ever since Veer and Tasheen started dating, Sara tries to keep distance with her peer group and isn’t in talking terms with Veer anymore. The report further added that Sara and Tasheen still continue to be friends with one another. Isn’t that an amazing piece of news? 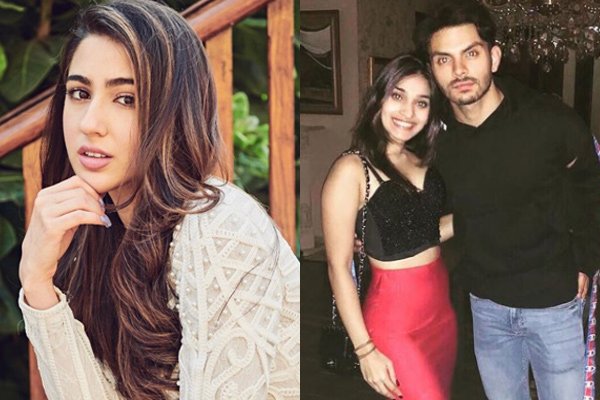 Coming back to Sara Ali Khan’s confession, the 23-year-old is known for her honest answers and hence, she didn’t shy away when was asked about her once dating spree with Veer Pahariya. In an interview with Jitesh Pillai on Famously Filmfare, Sara had finally admitted to dating the political big shot. She was then quoted as saying, “He's [Veer Pahariya] the only one I have dated. I have had no other boyfriends in my life." When further asked if her heart has ever been broken, the 23-year-old actress had stated, “Hasn't happened. My heart has not broken. It is all good, I promise.” (Must Read: Jasmin Bhasin's Ex-Boyfriend, Suraj Wadhwa Is Apparently Dating This 'Girl In The City' Actress) In 2016, the grapevine was abuzz that Sara Ali Khan and Veer Pahariya were so serious about each other that they had also exchanged promise rings! Reportedly, posting a few pictures of each other on social networking sites, the Pataudi princess had then shared about her boyfriend, “He doesn't mind road ka dosa, he is super sensitive, and he's the kind of guy you want to walk on the beach with.” But letting bygones be bygones, Sara Ali Khan is having a gala time working with her ‘crush’. Do you want to know who he is? Well, he is the one who need not be named anymore! (*wink wink*) 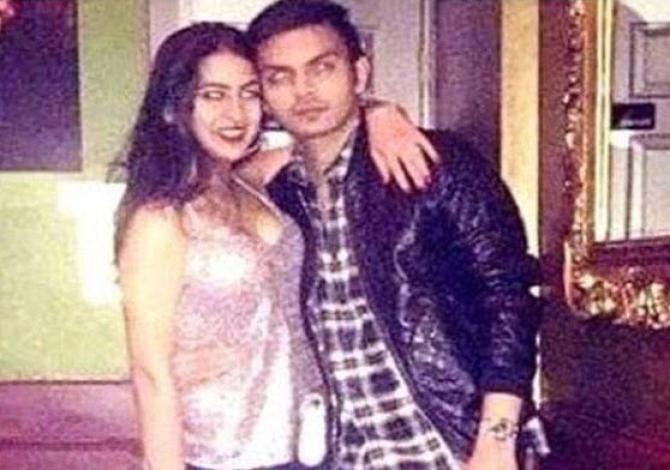 Sara Ali Khan is currently busy working for the sequel of her father, Saif Ali Khan starrer film, Love Aaj Kal. The actress is starring as a lead with Kartik Aaryan and both of them are all gaga about one another! Speaking how she felt on working with the film’s director, Imtiaz Ali and her crush, Kartik Aaryan, Sara shared, “It was a blast. It was really amazing and a lot of fun. I already miss being on the sets. I hope you enjoy the film. Every day on the set was a fun memory. I really don't think I can pick one of them.” She had added, “There were moments where I was like 'Oh! Am I actually working?', because the AD (assistant director) would come and say the shot is ready and I will be like 'Oh okay, we are on a job'. I used to laughingly say that 'I am paid to like sit behind Kartik Aaryan on a bike'. I mean any girl would like to do that.”

In an interview with The Times of India, Kartik Aaryan too, had talked about working with Sara Ali Khan and was quoted as saying, "Sara is a star and a person with a heart of gold. I thoroughly enjoyed working with her. She has a certain positive energy that she brings to the screen and I would love to work with her again and again." Opening up about working with Imtiaz Ali, Kartik said, “Working with Imtiaz sir changed me as an actor and also as a person. He is one of my most favourite directors and thanks to him my approach towards acting is different today. It has given me a different perspective. The way I look at a character now, it’s more real. I feel more connected with myself and what I want. I have more or less done romcoms before, but this is something I have never done before, and I got the opportunity to showcase my range as an actor in this film.” (Also Read: Malaika Arora On Relationship With Arjun Kapoor, Says, 'Everyone Should Be Given A Second Chance') 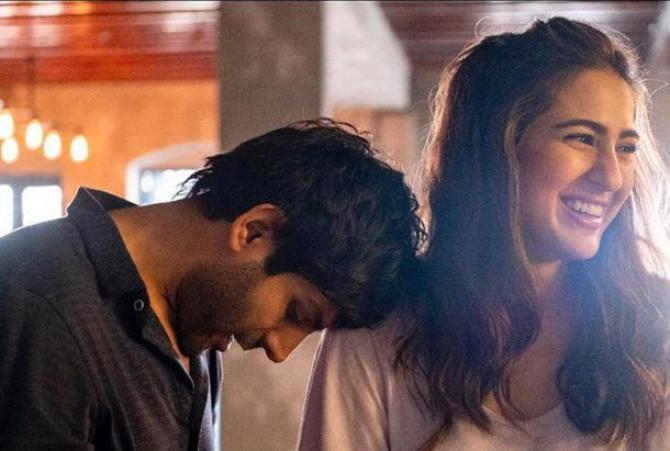 And as the saying truly goes, all’s well that ends well! While Sara is ‘apparently’ dating Kartik, Veer too has found his ladylove in Tasheen.