'Dil Se Dil Tak' actress, Jasmin Bhasin was in a steady relationship with her 'outside the industry' boyfriend, Suraj Wadhwa. They broke up and Suraj found love in another television actress.

The glamour world is a strange place. There would be instances when you would wake up to linkup rumours and then a confirmation or a declination. And there will be days when you will spot stars and their exes finding their love yet again with someone else and would drool over their holiday pictures. Well, one of the cutest contestants in Rohit Shetty starrer, Khatron Ke Khiladi, Jasmine Bhasin’s courtship with Suraj Wadhwa was known to many. But do you the current status about their relationship? Find out! (Do Read: Himesh Reshammiya's Wife, Sonia Kapur Goes An Extra Mile To Make His 46th Birthday Special [Details])

Dil Se Dil Tak actress, Jasmin Bhasin was in a steady relationship with her ‘outside the industry’ boyfriend, Suraj Wadhwa. Every now and then, in night outs, get-togethers and holidays, would one spot the duo planting a peck on each other’s cheeks or spending merry moments with one another. In fact, it was only in August last year, when Jasmine was shooting for Khatron Ke Khiladi in Australia and was missing her beau on his ‘big day’. Sharing a beautiful picture, this is what Jasmine had written for him, “Happy birthday @surajwadhwa. I wish I could be there with you to celebrate today because you are so special to me, it feels really sad to be away from you today. May you get everything that you wish for Suraj, I miss you and want you to be happy always.” But as they say, there are times when we have to let bygones be bygones and if pictures are to be believed, both Jasmin Bhasin and Suraj Wadhwa have moved on in their lives, with one among them already to have found love! Yes, as per a latest picture by Suraj, he is apparently dating Girl In The City actress, Swati Vatssa! The latest picture shared by Suraj has himself and his probable ladylove, Swati chilling together in a pool. And if you happen to scroll through their Instagram profiles, you will realise that the ‘current’ duo have amazing lovey-dovey pictures with one another. Here are a few: 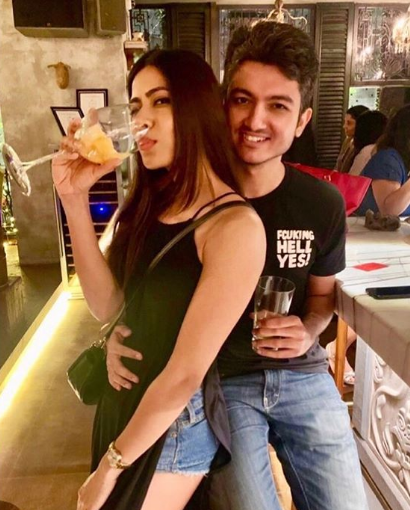 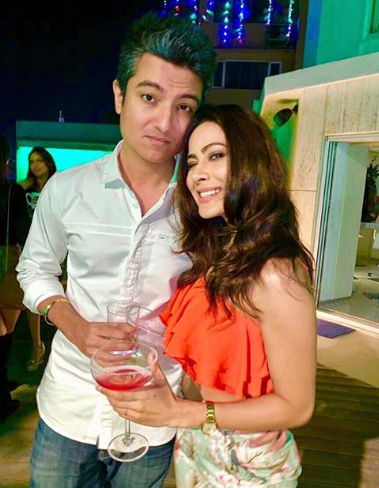 Isn’t that an amazing piece of news?  Before we tell you more about Jasmin Bhasin and Suraj Wadhwa’s relationship, let us tell you a little more about Swati Vatssa. It was in 2013, when the model-turned-actress had created headlines when she was rumoured to be dating telly hottie, Karan Kundra. A TellyChakkar report had quoted a source saying, “They met through common friends and these days they are spotted sizzling at the dance floor of almost all the night clubs in Bandra (Mumbai). Their chemistry is inevitably visible and together they make a hot combination and stand envy to million wishful eyes.” (Must Read: Splitsvilla 10 Winner Baseer Ali Turns 'Mental Coach' And Gym Buddy For Ladylove, Stayce Ponomareva) 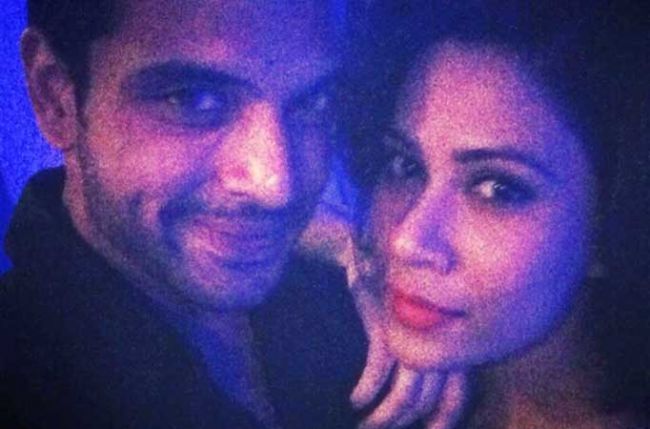 The source had further said about Swati Vatssa and Karan Kundra’s dating rumours, “He has been ignoring work like never before. He has so much work pending, but at the moment only his girl matters to the young man. His car is spotted outside the girl’s home very often. Kundra and his car stay for hours and hours.” However, when Karan was asked about dating Swati, he had blatantly played the ‘just friends’ card. 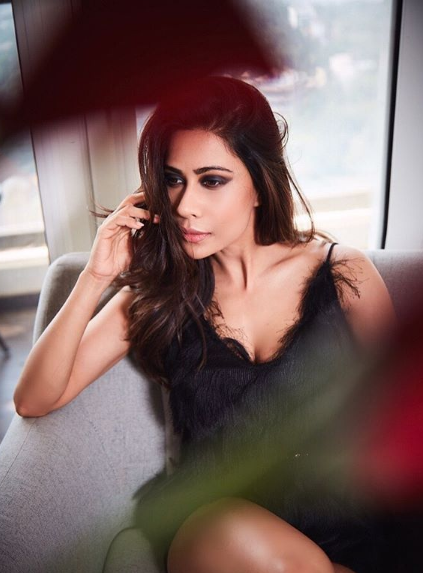 Now you know it all! Coming back to Jasmin Bhasin and Suraj Wadhwa, the former had opened up about dating someone from the industry in an interview with the Hindustan Times. Jasmin had shared that she would never date an actor. The 29-year-old actress was quoted as saying, “When I was a model, I met someone. I don’t want to name the person. But things did not go well. I was new and could not understand what was happening. But I have learnt my lesson. I will not date any actor for sure”. 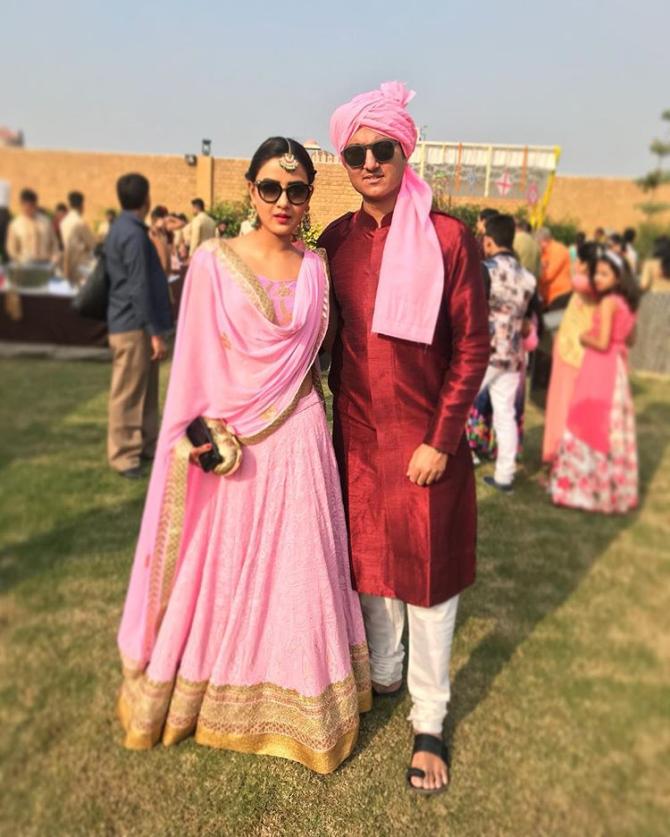 In 2017, Jasmin Bhasin was on the verge of going to depression. But it was Suraj Wadhwa, who had helped her get out of that phase. Speaking about the same, Jasmin had revealed, “I want to thank Suraj, my friend because this one year was a roller coaster ride for me, personally as well as professionally, and he was there for me. I was at the verge of going into depression and couldn't make decisions. I didn't know how to deal with so many things, all happening at the same time. Suraj understood me, guided and helped me deal with everything in a great way." When Jasmin Bhasin was asked by a media portal if she was dating Suraj Wadhwa then, the 29-year-old actress had quipped, “No one is supposed to know about my personal life because that is supposed to be kept private. I am single till I don’t have a ring on my finger. When it’s the right time for me to commit to someone for life, I’ll talk about it”. In another interview, Jasmin had revealed that she and Suraj are only friends, “People even started writing about me and Suraj (Wadhwa). Can’t a boy and a girl be friends? Can’t I go out on holidays with my friends? Like everyone else I also enjoy spending time with my friends. At this point, I want to concentrate only on my career and there is no time for love. When love happens I won’t shy away from sharing." (Also Read: 'Saath Nibhaana Sathiya' Star Mohammad Nazim To Soon Get Married To Astrologer-GF, Shaiena Seth) 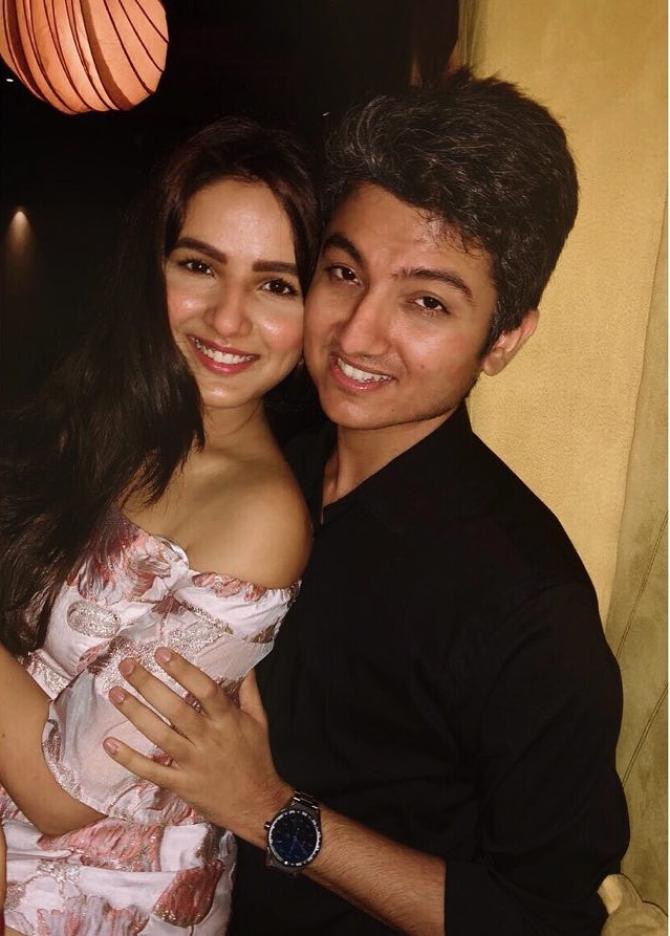 While Suraj Wadhwa is apparently dating Swati Vatssa, Jasmin Bhasin is happily single. However, both Jasmin and Suraj continue to follow each other on Instagram which partially suggests that they must have ended on a great note. When asked in an interview about her kind of dream man, the actress was quoted as saying, “He should be a person full of positivity, hope and someone who’d become my strength. I think we all should be career-oriented. I believe your career is one of the few things that stay with you forever. It also gives you the confidence to lead a happy life.” 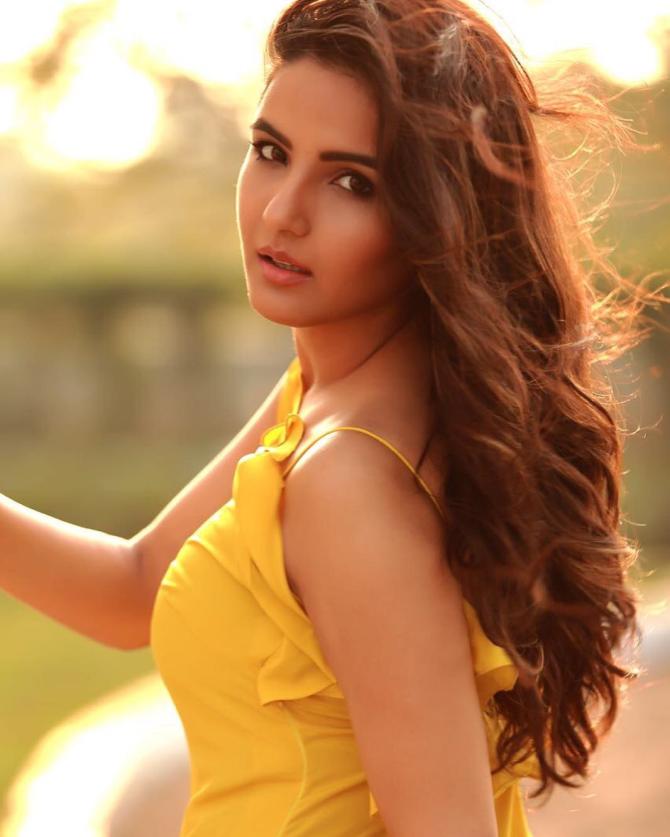 Guys, why don’t you share your ex’s story with us? We await!