Sara Ali Khan and Kartik Aaryan had been to various parts of India for the shooting of 'Aaj Kal' and the last few ones are northern India. Checkout some beautiful pictures of them from the same.

“I like Kartik Aaryan”, “Ya, ya, tell him no”, is what a very confident Sara Ali Khan had told Karan Johar about Kartik Aaryan, in her first-ever national television appearance, Koffee With Karan season 6. Gossips spread like wildfire in the Tinseltown and when it comes directly from the celeb’s themselves, phir toh aur kya kehna! The brutally honest Sara had talked about her liking for Kartik with Karan and soon enough, the entire nation was rooting to see Sartik (as their fans fondly call them) on the screens. And as they say, kisi cheez ko dil se chaho… to poori kainath use tumse milane ki koshish mein lag jaati hai, the same happened for these two superstars in the making. (Do Read: Kareena Kapoor Khan And Karisma Kapoor Twin In Black As They Party With Saif Ali Khan In Nawab Style)

As much as we had wished for it, Sara Ali Khan and Kartik Aaryan are now co-stars as they are starring as leads in Imtiaz Ali’s next, Aaj Kal (a sequel of Love Aaj Kal). When two co-stars start working together and if one of them already has a crush on another, we bet you need no further explanation on the situation. Every day, paparazzi spot Sara and Kartik giggling together as they held hands, going to each other’s houses, sharing the same gym together and what not!

Sara Ali Khan and Kartik Aaryan had been to various parts of India for the shooting of the film and the last few ones is northern India. Last week, Sara and Kartik were spotted with veils on their faces, taking a tour of the beautiful Shimla. As hard they might have tried to cover their identity, fans recognised them in no time and soon enough, a wide array of fans had gathered around these two to get themselves clicked with their favourite jodi. Here’s an array of pictures from the same:

And now, Sara Ali Khan and Kartik Aaryan are shooting in Himachal Pradesh and having a blast behind the lens. A couple of videos and pictures of Sara and Kartik are driving their fans crazy on the internet. While some pictures have Sara and Kartik, ‘arm-in-hand’ with each other, while others have these two pose together, wearing Himachali Pahari caps as the Simmba girl kept her hand on her crush’s chest. Another video also has Sara pull Kartik’s leg as he blushes while drinking tea with the local people. All of these glances made fans think that Sara and Kartik are totally behaving like a newly-married couple on honeymoon! Here are the pictures: 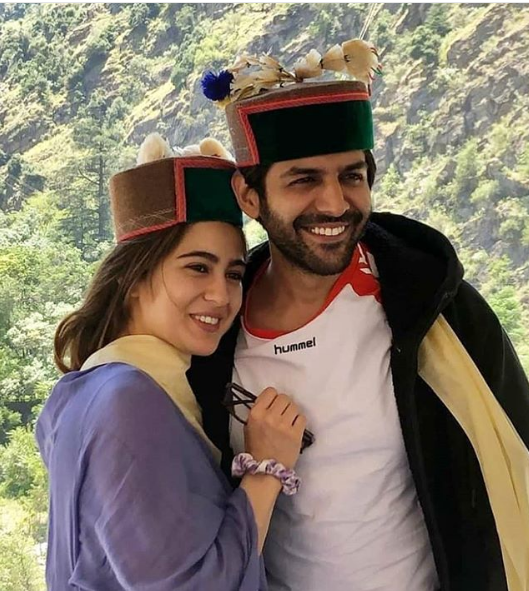 Also, take a look at some collective comments which fans have posted on the pictures for Sara Ali Khan and Kartik Aaryan: 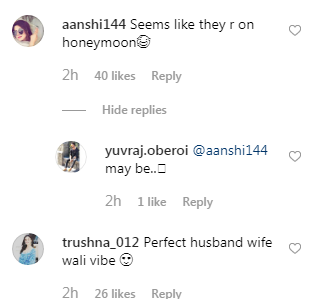 Earlier this year, Sara Ali Khan and Kartik Aaryan had begun shooting for the film, which was primarily shot in Delhi and Punjab. The shooting in Delhi had begun from March 04, 2019, and a video from the sets of the film had become viral in no time. While the very appearance of the duo together in the same frame had definitely made a difference, but it was their passionate liplock (for the film, of course!) that had grabbed headlines. And it was then, in an interview with BollywoodLife, when we heard Kartik Aaryan’s version on the leaked liplock video. Speaking about the film and the video, the Sonu Ki Titu Ki Sweety actor had shared, “I'm doing Imtiaz sir’s next and the producer's Window Seat films will be able to elaborate about it! And talking about that video… was that really Sara and me?” and had laughed it out. (Must Read: Alia Bhatt, Ranbir Kapoor Enjoy Family Time With Kapoors In New York, Aishwarya-Abhishek Too Join In)

Kartik Aaryan won great accolades for his last film, Luka Chuppi. In almost every interview during the promotion of the film, he was asked about Sara Ali Khan and the best part was, he was not fed up with it! When a portal had asked Kartik if he is fed up with answering questions about Sara time and again during promotions, the actor had quipped, “Why will I be fed up? Not fed up at all.” To which Kartik’s co-star, Kriti Sanon too, had joked, “Poocho poocho...abhi dus questions!” Kriti had also shared in the same interview, “I don't think they have spoken to each other so much than about each other.” 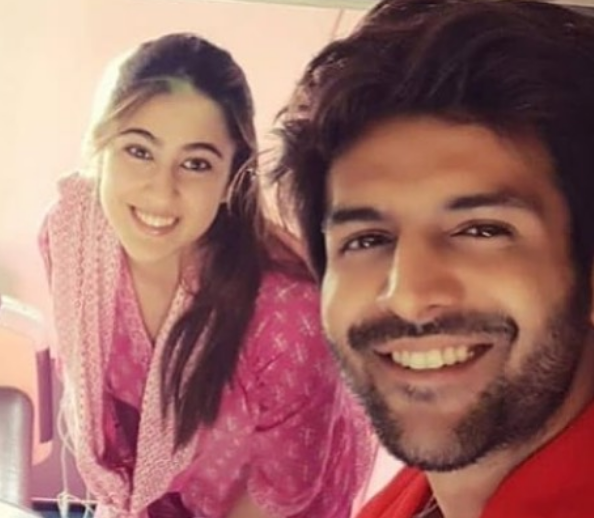 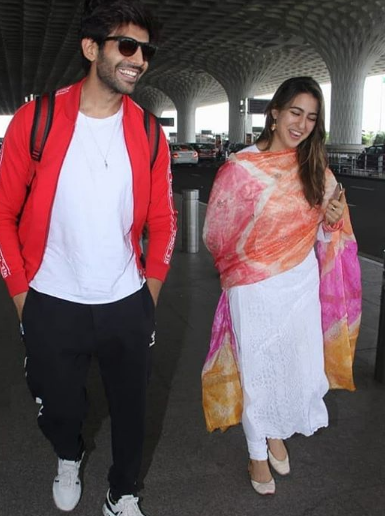 Well, that suffices all! Guys, do you think netizens are right when they say that Sara and Kartik look like a ‘honeymooning’ couple? Let us know! Sara Ali Khan is undoubtedly nation’s latest sensation these days! We bet that there’s none who isn’t having a crush on the Simmba actress. From her acting, confidence while giving interviews, honesty while putting forward her opinions and humility, we can already see Sara Ali Khan reigning the millennial glamour