Malaika Arora On Relationship With Arjun Kapoor, Says, 'Everyone Should Be Given A Second Chance'

Malaika Arora On Relationship With Arjun Kapoor, Says, 'Everyone Should Be Given A Second Chance'

Malaika Arora and Arjun Kapoor have become the 'it' couple of Tinseltown. Scroll down as Malaika opens up about second chances and finding love again in Arjun! It is not the first love that teaches us life lessons, it is the second love that shows us all the reason why we can still be loved. Second love demands nothing but to be with you in all your happy moments. With patience, it understands your mood swings, it gives you all the reason to take the leap of faith and fall in love again. And an exactly similar thing happened with Bollywood diva, Malaika Arora when she met Arjun Kapoor. (Recommend Read: Kartik Aryan Bonds With Sara Ali Khan's Brother Ibrahim As She Makes Her Ramp Debut At ICW2019)

Malaika Arora had left everyone shocked when she had announced her divorce with ex-husband, Arbaaz Khan after 18-years of living together. While the world had their own version of her divorce, the gorgeous starlet had simply stated that it was better to live alone on your own terms and conditions than living in an unhappy marriage. And as we say love attracts those who have the courage to fall again, and Malaika felt the butterflies again when she fell in love with the Bollywood heartthrob, Arjun Kapoor.

In an interview with the IANS, Malaika talked about falling in love again, and how in India second chances for a woman is a big no-no. The diva shared, "It is a taboo is because there are a lot of situations and issues that need to be tackled in our country, though I think the issue needs to be looked at with an open mind. A little more sensitivity (is needed), as opposed to being harsh and callous and negative towards things. I think it is important to be inclusive. When I talk of second chances, I'm thinking of making the most of second chances. I think everybody should be given a second chance." (Also Read: Parth Samthaan And Erica Fernandes Part Ways Due To His Closeness With Another Girl From Jaipur?)

Malaika opened up about the trollers and said, "No one should give importance to trolls, because if you pay heed to them you just fuel trolling. At the end of the day, we have something called the media to project everything that needs to be out there. I do not give trolling or negativity any importance." 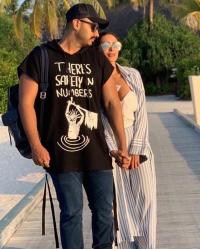 Talking about the age difference, Malaika had stated, "The age difference doesn’t really pop up when you are in a relationship. It is about two minds and hearts connecting. Unfortunately, we live in a society that refuses to progress with time." She had further added, "An older man romancing a younger girl is hailed everywhere, but when the woman is older, she’s called ‘desperate’ and a buddhi (old). For people who think like this, I have just one line: Take a flying f***."

Arjun had also opened up about his bond with Malaika, and had shared, "We’ve come out because we feel the media has given us dignity. There’s a certain understanding the media has… they’ve been respectful, kind, honest and decent about it. That is why I felt comfortable. You recoil when there’s a certain “gandhagi” that comes with the territory. When purposely people irk you by saying, writing or asking a thing, there hasn’t been any of that. Where the paps are concerned, we give them photos when walking in and out of a place. It is normal."  (Don't Miss: Disha Parmar Of 'Pyaar Ka Dard' Fame Is Dating Rahul Vaidya of 'Indian Idol', Both Confirm The News)

We cannot wait to see more pictures of Malaika and Arjun! What about you? 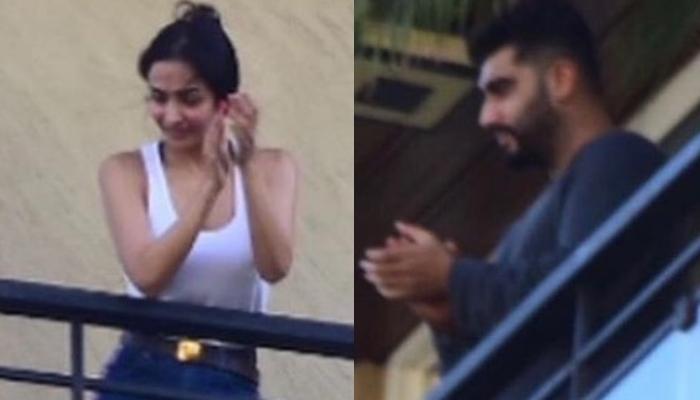 It is said that you need to slow down in life or else life will make you slow down! It is a perfect way to sum up the situation we all are fighting at present. Almost half of the world has shut down and is locked inside their homes to stay