On June 24, 2019, the Kapoor-Khan trio, Saif Ali Khan, Kareena Kapoor Khan and Karisma Kapoor had a gala time with their friends at London's exclusive club, Annabel's. On any given day, scroll on to Instagram and chances are your feed has been taken over by the Pataudi-Kapoor clan. There’s Saif Ali Khan and Kareena Kapoor Khan celebrating with their family including her sister Karisma Kapoor, his sister and brother-in-law, Soha Ali Khan and Kunal Kemmu, partying together with close friends, Malaika Arora Khan, Amrita Arora and Poonam Damania. Then there’s their little munchkin, Taimur Ali Khan, who is already a social media sensation, making everyone drool over him on his day out. Or the Kapoor-Pataudi clan out on a vacation. You get the drift, right? (Also Read: Shilpa Shetty Kundra's 'Home Sweet Home' Is All About Hugs And Cuddles From Her Son Viaan Raj Kundra)

June 2019 is no different. After spending some ‘us’ time with each other in Tuscany, Italy, Saif Ali Khan, Kareena Kapoor Khan and Taimur Ali Khan headed off to London where the Kapoor-Khan family were joined by Bebo’s sister, Karisma Kapoor and her kids, Samaira Kapoor and Kiaan Raj Kapoor. Karisma, who is an ardent social media user, keeps sharing glimpses from their London diaries, and we can’t help but wish to lead the lives of the Pataudis-Kapoors. 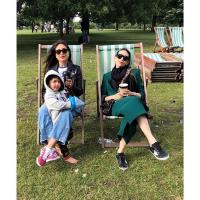 On June 24, 2019, the Kapoor-Khan trio, Saif Ali Khan, Kareena Kapoor Khan and Karisma Kapoor had a gala time with their friends including designer, Mayyur Girotra and social media influencer, Shanzay Sheikh. Saif, Bebo and Lolo were partying at London's exclusive club, Annabel's. Karisma posted a picture with her sister, Kareena and brother-in-law, Saif wherein the Kapoor sisters surely know how to let their hair lose down on a party night as they can be seen twinning in black. Saif looked every bit the Nawab in his stripped shirt and blue coat. Karisma captioned the trio pic with the hashtag, family. Here are their pictures from the night: 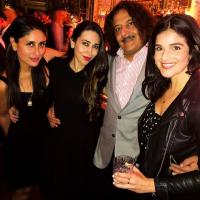 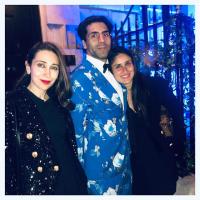 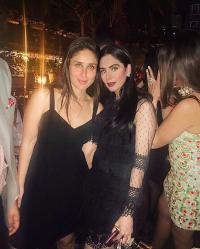 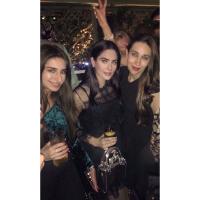 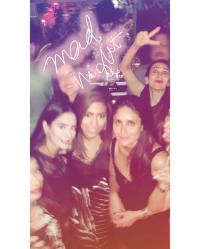 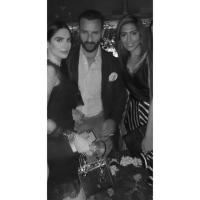 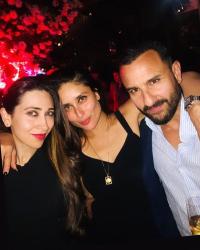 On June 18, 2019, the Kapoor sister duo, Karisma Kapoor and Kareena Kapoor Khan went out for a lunch get-together with Nita Ambani. Going by Karisma’s post, it seemed like the ladies had a good time together as she had captioned it as, "Wonderful afternoon #londondiaries" followed by heart emojis. While Lolo and Bebo had twinned in black and denim, Nita Ambani looked elegant in an all-white outfit. (Also Read: Alia Bhatt, Ranbir Kapoor Enjoy Family Time With Kapoors In New York, Aishwarya-Abhishek Too Join In) 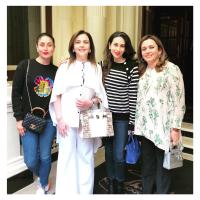 A few days back, Karisma Kapoor had treated the Kapoor-Pataudi fans with an all-smiles picture of the ‘famous five’ group which includes her sister, Kareena Kapoor Khan, kids, Samaira Kapoor and Kiaan Raj Kapoor and nephew, Taimur Ali Khan. Giving a sneak peek of their London diaries, as they happily posed for the camera, she had captioned her post with hashtag, love. 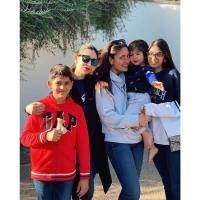 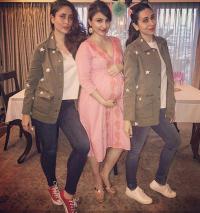 On October 24, 2018, Karisma Kapoor had taken a trip down the memory lane and had shared a picture with her forever twinning partner, Kareena Kapoor Khan. In the childhood picture, Bebo and Lolo can be seen sporting similar hairstyles and are all smiles for the camera. Karisma had captioned her post as, “Always Twinning since forever! #wonderwednesday #sisters #memories #myrock #family.” 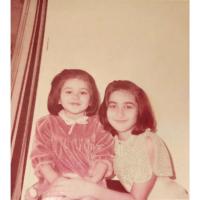 Though we have never seen Kapoor sisters spreading their charm together in on frame on the silver screens, sometime back, we got lucky when they shot an advertisement and we know you would couch for the same when we say that, they were a treat to watch together. For the ad, Karisma Kapoor and Kareena Kapoor Khan had won our hearts in pastel coloured dresses and had looked stunning. Karisma had captioned her two posts as, "Awesome day shooting with the sis #somethingspecial #comingsoon #brandshoot."and "Fun day at work #sistersforever#loveyou". (Also Read: Sania Mirza And Izhaan Take A Stroll In London With Sister Anam Mirza And Her Alleged Boyfriend Asad) 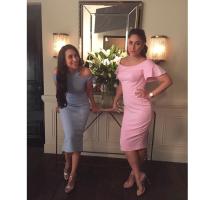 Don’t you too, want to live a life Nawab style?