Born as Harihar Jethalal Jariwala, the actor changed his name to Sanjeev Kumar and had transformed the art of method acting in Indian cinema. But, despite being a heartthrob, he never got married.

The cult classic film, Sholay is often regarded as one of the finest Indian films of all time. The picture had transformed the careers of megastars such as Amitabh Bachchan, Dharmendra, and Hema Malini. However, there was one actor, who had portrayed the evergreen character of 'Thakur' in the film, which is still everyone's favourite. The iconic role was played on the big screen by the late legendary actor, Sanjeev Kumar. The winner of two National Film Awards for acting, Sanjeev Kumar had made his debut with the 1960 film, Hum Hindustani. After that, he had acted in hundreds of Hindi films, Dastak, Koshish, Trishul, Arjun Pandit, to name a few.

Sanjeev Kumar was often regarded as one of the best romantic heroes in the history of Indian cinema. Once in a poll conducted by Rediff.com, Sanjeev was voted as the seventh greatest actor. However, while his professional life was full of awards and acknowledgements, his personal life was nothing less than a barren land of setbacks and betrayals. But, despite being a heartthrob, Sanjeev Kumar neither found true love nor married in his life.

Recommended Read: When Nutan Slapped Sanjeev Kumar On The Sets Of Their Film 'Devi' For Maligning Her Image In Public On July 9, 1938, Sanjeev Kumar was born to a Gujarati family as Harihar Jethalal Jariwala and had moved along with his family to Mumbai during his younger days. After coming to Mumbai, he had started his acting career with the Indian People's Theatre Association (IPTA). At the age of 22, Sanjeev had famously played an old character in an adaptation of Arthur Miller's play, All My Sons. 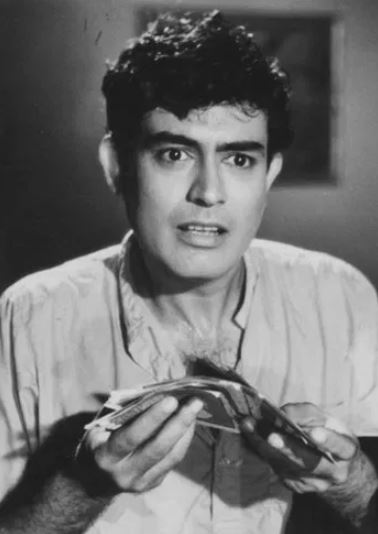 Sanjeev Kumar had impressed everyone with his attention to every minute detail of the characters he had played. His performance in AK Hangal's play, Damru, in which he had portrayed the role of a 60-year-old, and it had changed everything. The actor had started gaining attention, and in 1960, Sanjeev had made his acting debut with the film, Hum Hindustani. Sanjeev Kumar had made a tremendous impact in Hindi cinema with his powerful performances in a career spanning three decades. 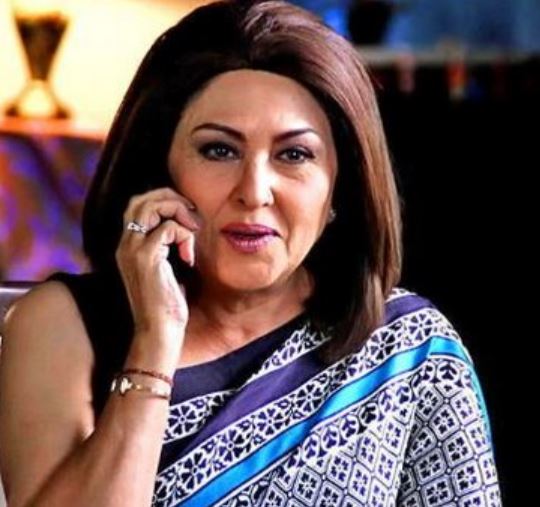 The first superstar of Indian cinema, Rajesh Khanna's acting credentials were second to none. Still, he had garnered a lot of fame because of his marriage with Dimple Kapadia and relationship with Tina Munim. However, not many are aware of the fact that it was Anju Mahendru who was Rajesh Khanna's true love. Although, the two never got married because of Anju's professional commitments and Rajesh's orthodox behaviour. 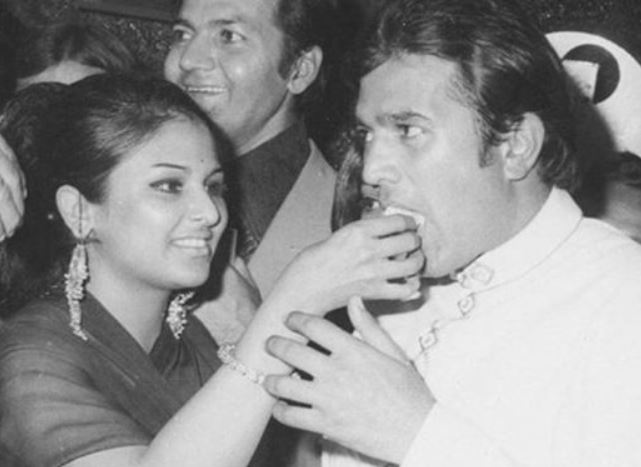 When Anju Mahendru's high-profile break-up with Rajesh Khanna hit the headlines of newspapers and entertainment magazines in 1973, the first person who called her was Sanjeev Kumar, her Muh-bola bhai. The actor had also gone to her house immediately with their common friend and director, Basu Bhattacharya. Sanjeev was always there for her as a true brother, and that was the only reason why Anju knew everything about him. 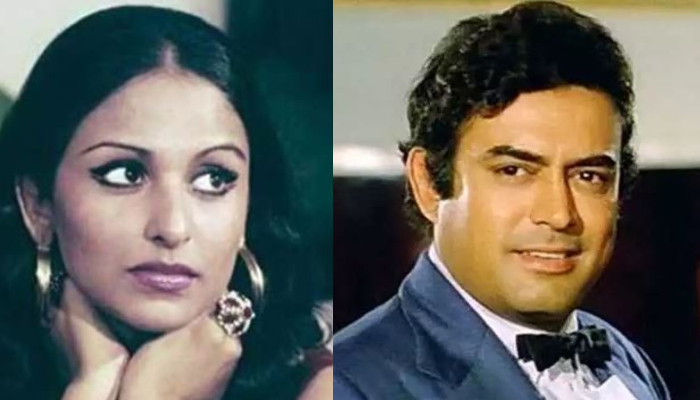 Once in an interview with Filmfare, Anju Mahendru had talked about Sanjeev Kumar's life and unfolded some never-heard secrets about the iconic actor. From revealing the kind of person he was to busting the much-circulated myths about him, Anju had opened up about his personal life without any filters. When Anju Mahendru was asked to throw some light on Sanjeev Kumar's girlfriends, she had said:

"Ours was a buddy buddy relationship. Whenever he was seeing a girl, he'd share it with me. We had numbered his girlfriends 1, 2, 3... He'd call up and say, 'Number 3 called me up today and number 9 reacted in this manner'." 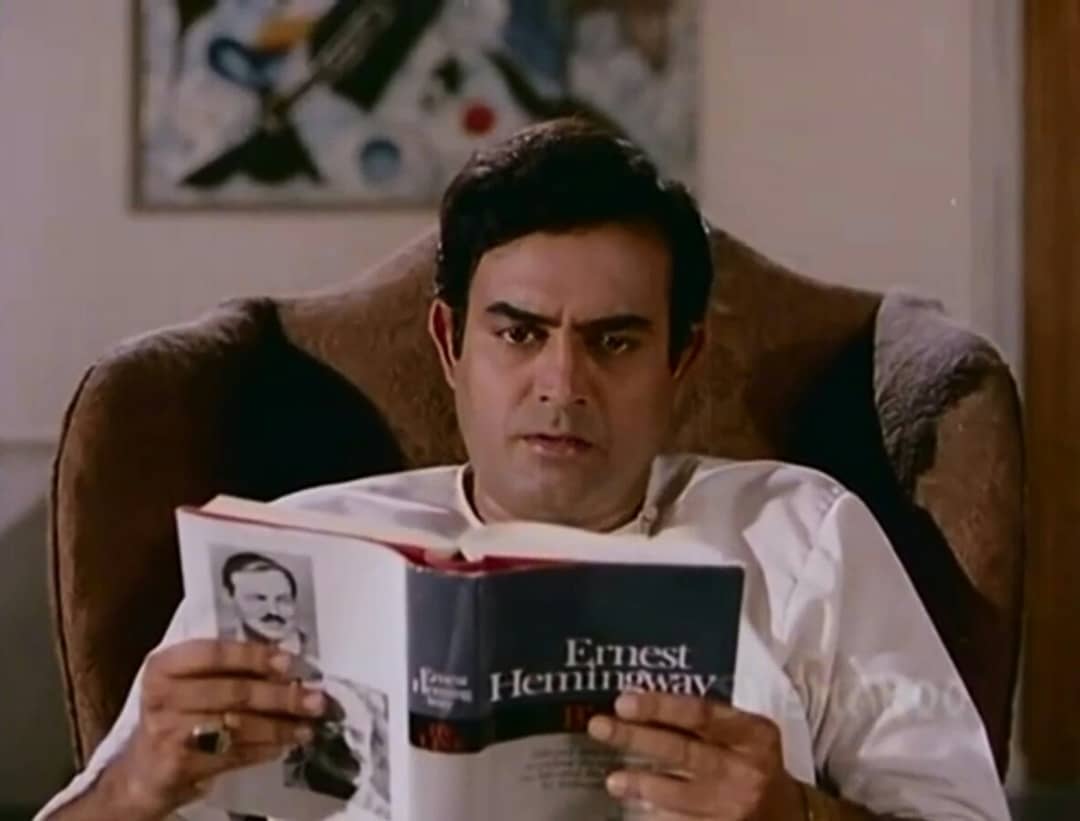 Going further in her interview, Anju Mahendru had also revealed why she had never got attracted to Sanjeev Kumar in the first place. Answering the question, Anju had shared an incident when an actress had circulated the news that she and Sanjeev were in a relationship. The actress had stated that it hadn't affected either her or Sanjeev, but it was her ex-boyfriend, who had thought that Anju's affair with Sanjeev was the reason behind their break-up. Recalling the same, Anju had said:

"I was never attracted to him. For me he was my mother's brother. In fact, there was one actress who had told everyone that I was having an affair with Hari. My ex-boyfriend believed that I had a relationship with Hari and long after we had broken off he nursed the misconception." 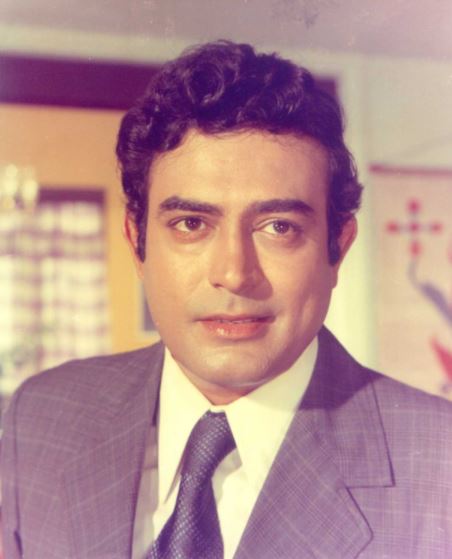 Anju Mahendru, in her interview, had also talked about her brother, Sanjeev Kumar's love life and had revealed the reason why he had never found one true love and had remained single all his life. Sanjeev had never been in a proper relationship despite being romantically involved with Hema Malini, Sulakshana Pandit, Jayshree T, and almost a dozen more heroines. Talking about the same, Anju Mahendru had revealed that whenever Sanjeev was interested in a woman and had wanted to settle down, the people, who were close to him had told him that his lover is after his money and property. Anju had also added that she had tried her best to make Sanjeev understand that it isn't true, and if he loves someone truly, he shouldn't listen to anybody else. However, sadly, Sanjeev got tangled between his head and heart and had remained unmarried all his life. Recalling the unfortunate destiny, Anju had stated:

"Every time he got involved with a woman he was told by those close to him, 'Arrey yaar yeh toh tere paise ke peeche hai (she's after your money)'. This would play on his mind. I'd say, 'Hari, are you mad or what? Can't you judge for yourself? This way you'll never get married. You love the woman, even if she's there for your money, so what?'"

You May Like: Dilip Kumar And Saira Banu's Throwback Picture From Their Wedding Gives A Glimpse Of Eternal Love Anju Mahendru had also admitted that some women were passionately and madly in love with him. But her brother, Sanjeev Kumar, had believed that they were with him because of his wealth. The actress had also revealed that Sanjeev's girlfriends used to send him dabbas, to show their true love towards him because he was madly in love with food. She had explained:

"I don't know whether he kept falling in love, or women kept falling in love him. But there were lots and lots of women around him all the time. He was charming, he had a wonderful smile. They tried wooing him by sending him dabbas. Some women were genuinely in love with him. But he believed they were after his wealth, which was so sad because at the end of the day he had neither a home nor a wife."

Sanjeev Kumar fell in love with a married woman According to reports, Sanjeev Kumar was madly in love with Hema Malini but was left heartbroken when she had declined his marriage proposal. There are also stories that the stunning actress, Sulakshana Pandit had remained unmarried even after his death because of her eternal love for Sanjeev. When Anju Mahendru was indirectly asked about Sanjeev's most passionate relationship or affair, the actress had stated that there was only one time when her brother was deeply in love with a woman, and tragically, it was with a married woman. Recalling the same, Anju had said:

"The one time he fell madly in love it was with a married woman. The poor man went through a lot of hassles because of that and so did she. Their mental level was the same; their age group was the same. But it was not meant to be."

Don't Miss: Saira Banu Admitted If She And Dilip Kumar Ever Had A Son, He Might Have Resembled Shah Rukh Khan 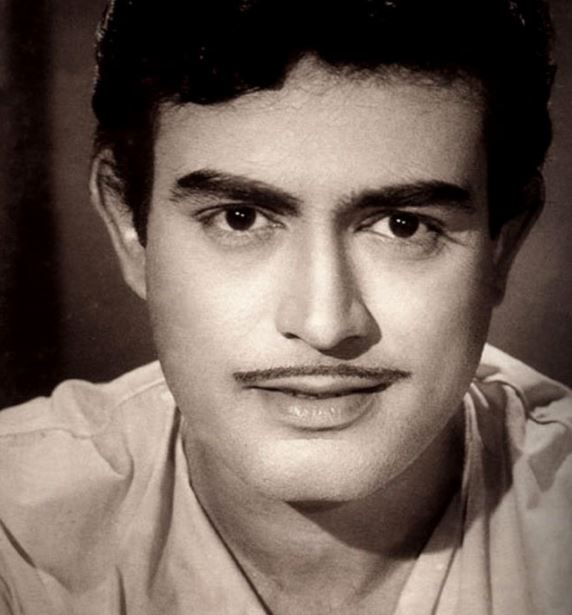 On November 6, 1985, Sanjeev Kumar had suffered a severe heart attack at the mere age of 47 and had passed away. According to reports, Sanjeev's terrible love life and the trauma of his brother, Nikul Kumar's death played a major role in his death. Two years after Sanjeev's demise, his other brother, Kishore Kumar, had passed away. Not many people know this, but no male member in Sanjeev's family had lived beyond the age of 50, and the suspicion of the same had made him depressed at the latter stages of his life. Anju Mahendru had also talked about Sanjeev Kumar's death and the unpleasant reality that, in the end, what he said about his death before 50 had come true. The emotional actress had recalled the last years of his life and had said:

"He had stopped going out to prevent himself from eating and drinking. He was aware that premature death ran in his family what with an inherited congenital heart condition. He'd keep saying that in his family, the men didn't live beyond 50."

Sanjeev Kumar had remained unmarried throughout his life and had passed away as a bachelor. Even after so many years, it's tough for everyone to digest that a person like him had gone through such a painful tragedy in matters of love.

Next Read: Neena Gupta Recalled How Masaba Felt Bad About Her Father, Vivian Not Keeping In Touch With Them