Sanjay Dutt wished his daughter, Iqra Dutt and son, Shahraan Dutt on their birthday. However, it was their half-sister, Trishala Dutt's reaction to his birthday post that caught our attention.

Sanjay Dutt is the son of the legendary actress, late Nargis and superstar, Sunil Dutt. Despite belonging to a filmy background, the Lage Raho Munna Bhai actor has made a name for himself in the film industry with his talent and hard work. Sanjay Dutt is one of Bollywood's most versatile actors and has entertained audiences with his exceptional work in films for over four decades. He has proven his mettle in acting in films like Munna Bhai M.B.B.S., K.G.F: Chapter 2, Rocky, Vaastav: The Reality, Khal Nayak, Agneepath, Lage Raho Munna Bhai, Bhoomi and more.

Besides his career, Sanjay Dutt has been in the headlines because of his personal life. The actor is the proud father of three beautiful kids, Trishala Dutt, Shahraan Dutt and Iqra Dutt. For the unversed, Sanjay Dutt got married to his first wife, the late Richa Sharma Dutt in 1987. However, their paradise ended when Richa died in 1996 from a brain tumour. Later, the Rocky actor tied the knot with Rhea Pillai in 1998, but the duo separated in 2008. And now, Sanjay Dutt is happily married to his third wife, Maanyata Dutt. 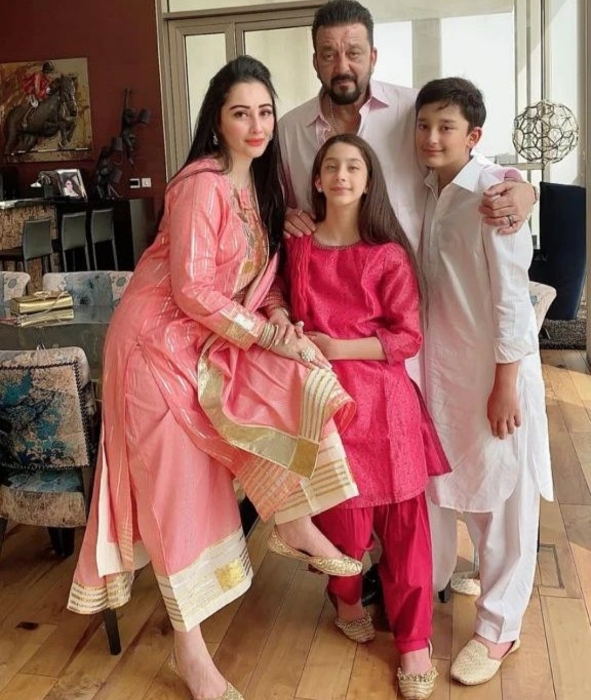 On October 21, 2022, Sanjay Dutt's two little munchkins, Shahraan and Iqra turned a year older. And To make their day a bit more special, the doting daddy has peened a heartwarming note to wish them. Sanjay Dutt took to his Instagram handle and shared a collage featuring Shahraan, Iqra and himself. In the collage, we can see three pictures, one of them being Sanjay with his kids and the other two featuring portraits of the twins. Sharing the picture, Sanjay wrote:

"To @duttshahraan and @duttiqra, Watching you grow older and become even more wonderful individuals each year is one of the greatest joys and best gifts that life could bring to my heart. Happy Birthday to my God-given blessings." Soon after Sanjay shared the post, his fans and friends from the industry flooded the comment section with birthday wishes for Shahraan and Iqra. Celebrity photographer, Dabboo Ratnani commented, "Happy Happy Birthday @duttiqra @duttshahraan. Lots of love from @myrahratnani, @kiararatnani @shivaanratnani." While actor, Rahul Dev dropped a red heart and raised hands emojis. However, it was the birthday wish from their half-sister, Trishala Dutt that caught our attention. Wishing her baby siblings on their special day, Trishala wrote:

"Happy Birthday my darlings...I love you."

You May Like: After Vaishali Takkar's Suicide, Family Fulfilled Her Last Wish And Donated Her Most Loved Organ

Meanwhile, Shahraan and Iqra's darling mommy, Maanyata Dutt also wished her twin babies on their birthday. A few hours ago, she took to her IG stories and shared two pictures to wish her little munchkins. In one picture, we can see Iqra Dutt, who looked cute in a black-coloured printed frock, while in another, Shahraan looked stunning in a red-coloured T-shirt which he paired with a jacket. Sharing the pictures, Maanyata dropped a "happy birthday" sticker. 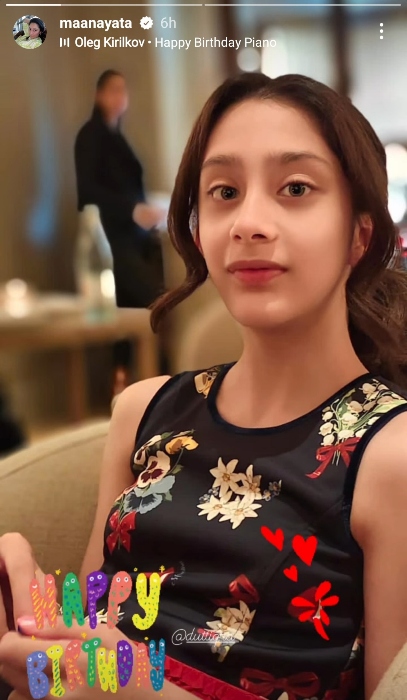 We wish a very happy birthday to Shahraan and Iqra!

Next Read: Alia Bhatt's Sister, Shaheen Bhatt Reacts To Being Called 'Maasi', Her Excitement Is Unmissable