Sanjay Dutt has evolved as a human being and his mother, Nargis Dutt has played a big role in it. On her birthday, the actor took a ride down the memory lane and shared a beautiful picture with her. Since the day we were small to the day we became tall, a mother's love remains intact. And while we have our own share of happy moments and fights, it all becomes a part of a tale we tell our next generation. Bollywood actor, Sanjay Dutt's relationship with his mother, Nargis Dutt is a perfect example of it. (Recommend Read: Chhavi Mittal Says The First Child Should Not Be Ignored After The Arrival Of Second Baby)

For those who don't know, Nargis ji died just three days before the release of her son's debut movie, Rocky in the year 1981. It left a big void in the heart of B-town's favourite star, Sanjay Dutt. We remember how once in an interview, the actor had revealed that he didn't cry when his mother passed away but he cried for 4-5 hours when he heard his mother's voice in a tape after two years of her death. 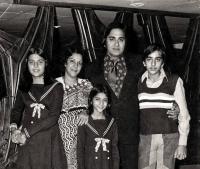 Sanjay has always been marked with the titles like 'a boy with the golden heart', 'a man who regrets his mistakes', but it is his mother's death that marked him forever and left a void that can never be filled. Today (June 1, 2019), on the occasion of Nargis ji's birthday, Sanjay took to his Instagram handle and shared a throwback picture with her. He captioned it as, "Memories never fade! Happy Birthday Mom." Take a look at it below: 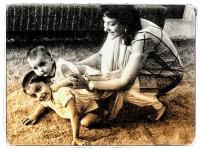 In a 2018 interview with India Today, Sanjay had talked about his mother, and had shared, "There was a lot of pressure when my mother fell ill. My movie was on the verge of release, and she was in the coma. There was a lot of pressure. I was very young. I just couldn't understand why I had to leave my mother and do the film." (Also Read: Barun Sobti Says He Will Be The Strictest Father To His Baby, Talks About Wife Pashmeen's Pregnancy)

In the same interview, Sanjay had opened up about the things he had learned from his mother, Nargis, and had stated, "The most important thing is to be a good human being. Everything else comes after that. I learned from both my father and mother. I'm passing on to my kids. I hope my wife doesn't pamper my children the way my mother did me. My wife tells me if the kids don't hate the parents when they are growing up, there is something wrong in their parenting. I am tough to my children when I want to be tough." 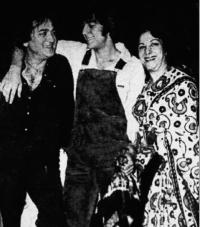 After his mother's death, Sanjay became a huge drug addict, and in an interview with Simmi Grewal, he had shared, "It was just the 'in' thing at that time. Somebody just said try it and that was it. For nine years of my life." He had further shared an incident when he was called at his father's offfice, "I went there and by the time I reached there, he is sitting in front of me and it's kind of hit me. I don't even know what he was talking, he was talking in slow motion and I'm trying to say, 'ji, ji'. I saw a wick come out from his head and it lit up, like a candle. I saw him melting like a candle. And I jumped on him, trying to put his face together and that wick off." 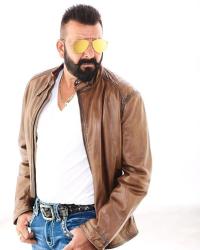 He had referred to his drug addict phase as 'nine years of hell', and further stated, "I had taken heroin and I went to sleep. I woke up hungry. It was early in the morning. I told my servant to get me something to eat. He started crying and said, 'You have woken up after two days. The house has gone crazy, people are worried.' I looked at myself in the mirror and I had this drug puffiness and I just knew I was going to die. I went and told my dad that I need help." (Don't Miss: Dalljiet Kaur On Second Marriage Plans, Says Have Been Meeting Guys, Will Be An Arranged Marriage)

Well, we totally love the adorable picture of Sanjay with his mother, Nargis and sister.