Bollywood's beautiful diva, Shilpa Shetty Kundra recently shared her scary birth story when she was inside her mom, Sunanda Shetty's womb. Checkout what had happened at that time. 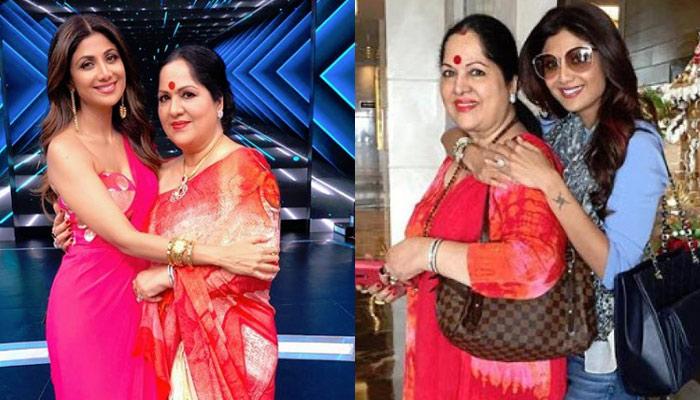 Embracing motherhood is one of the most magical phases of a woman’s life. The feeling of nurturing a life inside you can’t be expressed in words. With all those hormonal changes, baby’s movement inside the womb and whatnot, this is an astounding and anxiety-ridden period for all the expecting mothers. Preggers keep obsessing over if the baby is doing fine inside there and those gynaecologist meetings serve as a nerve-wracking experience.

What if one faces a make or break moment and have to choose between the probable death of the unborn baby or a difficult life ahead? Shilpa Shetty Kundra recently shared the nail-biting truth about her birth! Yes, the B-town’s yummy mummy herself, Shilpa, talked about what her mother, Sunanda Shetty had gone through during her delivery when she was inside her womb. (Also Read: 'Yeh Rishta Kya Kehlata Hai' Fame Priyanka Kalantri Becomes Mother, Vikaas Kalantri Shares The News) 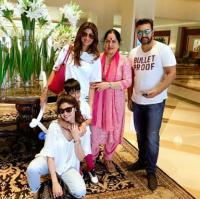 Well, many of you might know that Shilpa Shetty Kundra was a judge on a reality show named, Super Dancer. During one of the episodes, while watching a 9-year-old boy, Dev Varshney’s performance, Shilpa had revealed a shocking truth about her birth. It is to be noted here that Dev is a specially-abled child who has deformed legs – a condition that stemmed from a spinal problem he had developed at the time of his birth. The doctors had told his parents that he won’t survive more than 3-4 days. As soon as Shilpa heard about Dev’s story, it had reminded her about her own birth story when she was in her mother, Sunanda Shetty’s womb. 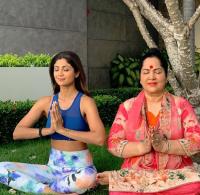 Revealing her scary birth story, Shilpa had said that when she was about to enter the world, doctors had said that she would not be able to see the light of the day. Further, sharing the details Shilpa had also revealed that the doctors had informed her mother that even if the baby (Shilpa) was born, it would not be normal. It was her mom, Sunanda Shetty who had faced with one of the toughest decisions of her life, whether or not to go ahead with her birth, which could have altered Shilpa’s life altogether. Here’s what Shilpa had remarked, “When my mom was pregnant with me, the doctors had said I will not survive since my mother was bleeding continuously for six months. They also said that the child will not be born normal.” (Checkout: Bipasha Basu's Husband, Karan Singh Grover Calls Her With The Cutest Names, The Actress Reveals It) 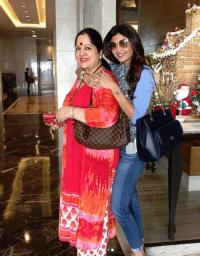 Shilpa had further added, “But mother decided that she would go ahead with giving me birth. I really believe that my mom was so firm about her decision because she had the faith that she would give birth to her baby, despite what the doctors said. She believed if I survive this, I will be a ‘born survivor’.” 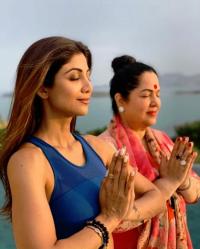 Well, kudos to our ‘born survivor’ Shilpa Shetty, who has turned the tables for the medical experts. Today, she is one of the most successful Bollywood divas, who is happily living her life with husband, Raj Kundra and baby, Viaan Raj Kundra. On becoming a mother, Shilpa had once remarked, “I never chose to be a mother at 37. I always wanted to be a mother at the right age, but I didn’t find Raj at the right time. There is a time for everything, and so also for motherhood. And medically too, women should have babies at the right time. I just didn’t have a choice else I would have been a mother a long time back.” (Do Read: Alia Bhatt 'Sandwiched With Warmth' Between Soni Razdan And Shaheen Bhatt Spell 'A Whole Lotta Love') 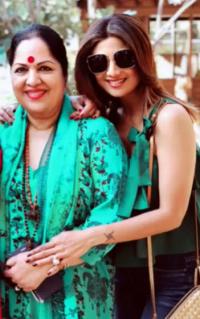 Also, maybe this dark reality of Shilpa’s birth story is what that has always made Sunanda Shetty a little more possessive of her daughter. She is one over-protective mother and in fact, this mother-daughter duo keeps hitting it to the news for their bond, every now and then. And do you know Shilpa’s original name is Ashwini, which is what is there on all her legal documents? The reason why we are mentioning it here is because it was her mom, Sunanda ji (who is an astrologer by profession), who had decided to rename her “Shilpa” as she felt it carried better prospects for her according to numerology. 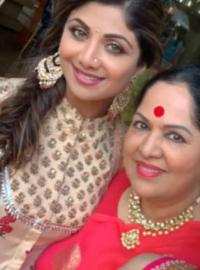 Once the dancing diva had expressed her love to her mother on Dance+ stage and had shared, “My mother is my Plus to the power of infinity and thanks Dance+ for bringing us together and creating this memory which will last with me forever as it’s a first time my mother is sitting with me on any television show. People have seen my success and not my struggle and it was my mother who stood like a pillar of strength." Shilpa had also added, "Whenever I have felt low in life, my mother has encouraged me by saying that I am a born survivor and if you can survive this, you can survive anything in life!" (Don't Miss: Juhi Parmar's Daughter, Samairra's Extraordinary Gesture At A Party Made Her Mommy Super-Proud) 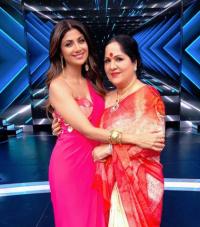 Talking about Shilpa, Sunanda ji had once expressed how proud she is of her daughter and was quoted as saying, “Shilpa is destiny’s child and she has put in tremendous efforts in whatever she has achieved today, and she has made her parents proud. She is the best child a parent could ask for. She has grown by leaps and bounds. From being a perfect wife to a hands-on mother to fulfilling her work commitments and passion, Shilpa multitasks impeccably!"

What a scary yet inspiring birth story of Shilpa Shetty! What do you guys have to say about the same? Do let us know!