Sanjay Dutt Misses Wife, Maanayata And Kids, Shahraan And Iqra, His Daughter, Trishala Reacts To It

Sanjay Dutt Misses Wife, Maanayata And Kids, Shahraan And Iqra, His Daughter, Trishala Reacts To It

As Sanjay Dutt lives in another country than his wife, Maanayata Dutt and Kids, Shahraan and Iqra, he is missing them a lot, his daughter, Trishala with his first wife reacts to it. Details Inside!

We all know that the lockdown was imposed immediately without giving people time to move from one place to another. Most of the people were locked away from their homes and had feared to step out in the wake of the ongoing pandemic. The domestic and international flights were debarred and there were many, who had to stay away from their family. The pandemic is here to stay and we are learning to live with it. However, the domestic flights are operating now, allowing people to be with their families, yet some international flights are on standstill. (Also Read: Sonam Kapoor Thanks Hubby, Anand Ahuja For Being With Her Through Tiring Times, Says Needed It Today)

Bollywood actor, Sanjay Dutt is locked inside his home in Mumbai since the lockdown has been announced and his wife and kids are away from him. When the lockdown was announced, while the actor was in Mumbai, his wife, Maanayata Dutt and kids, Shahraan and Iqra were in their Dubai home. Its been almost three months now, and it is obvious for the family to miss each other. On June 16, 2020, Sanjay Dutt took to his Instagram handle to share a family picture as he is missing his family way too much. In the picture, we can see Sanjay Dutt along with his kids, Shahraan and Iqra dressed in white, while his wife, Maanayata Dutt can be seen wearing a red suit. The entire family can be seen sitting on the stairs and smile for shutterbugs. In his caption, the actor mentioned how people living with their family should cherish this fact. He wrote, “I miss them so much. To everyone who is with their families right now, cherish them!” Sanjay Dutt's daughter, Trishala Dutt with his first wife, Richa Sharma immediately reacted to it. She commented, "such a pretty pic daddy" followed by a heart and kiss emoticon. Maanayata Dutt also commented on the picture with four red-heart emoticons. Take a look: In an interview with the Bombay Times, Sanjay Dutt had talked about how much he misses his family. The actor had revealed that his family is in Dubai at the moment and he’s in their Mumbai home. He had said, “I am also spending a lot of time connecting with my family virtually, which is the most important thing in my life. When the lockdown was announced, unfortunately, Maanayata and my children were already in Dubai. In the past, I have spent periods of my life in a lockdown. Back then and even now, the one thought that stays with me is the way I miss my family.” (Recommended Read: Sushant Singh Rajput Was Supposed To Do A Movie With Rumoured Girlfriend, Rhea Chakraborty In 2020) 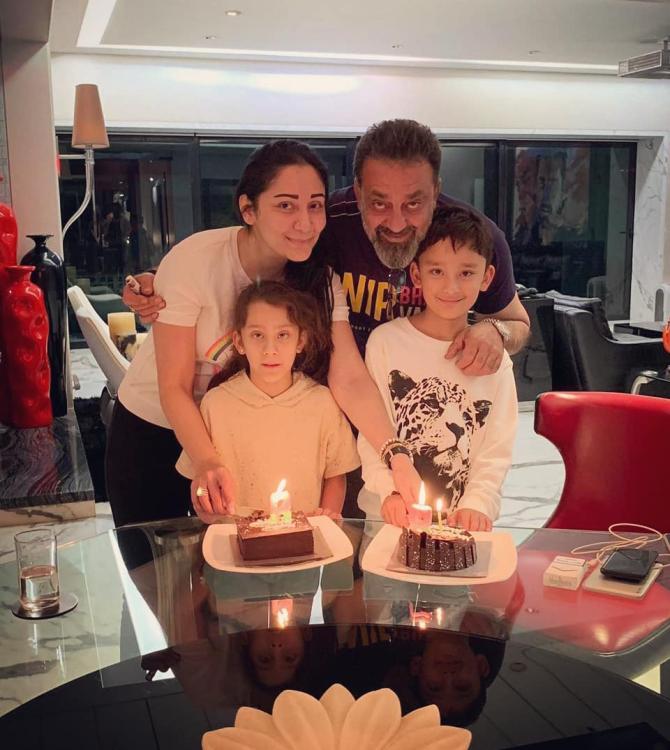 He had further thanked technology as it is the only bridge connecting him with his family. He had stated, “For me, they are everything. Thanks to technology, I can see and talk to them multiple times in a day, and yet, I miss them terribly. These times teach you about the fragility of life, and the value of moments spent with your loved ones. We should count our blessings, and never take them for granted.” Going further in the interview, when he was asked whether he wanted to make some changes in his life or not, he had replied, “As a father and husband, I am worried about their safety, even though I know that they are fine.” In an interview with the Etimes, Maanayata had opened up on the same and shared how she wished that her husband, Sanjay was with her in this lockdown. She had shared, "I just wish we were together as a family and not living in different countries. Things would definitely have been easy and lockdown wouldn’t have looked like a task as this would have been the perfect time for Sanjay to spend time with the kids. So this is something I regret a little. The lockdown was sudden and unexpected, so being away from home feels bad but in the end, we make the most of it." (Also Read: Priyanka Chopra Jonas' Super-Cool Video And Note For Her 'Mama', Madhu Chopra On Her Birthday) 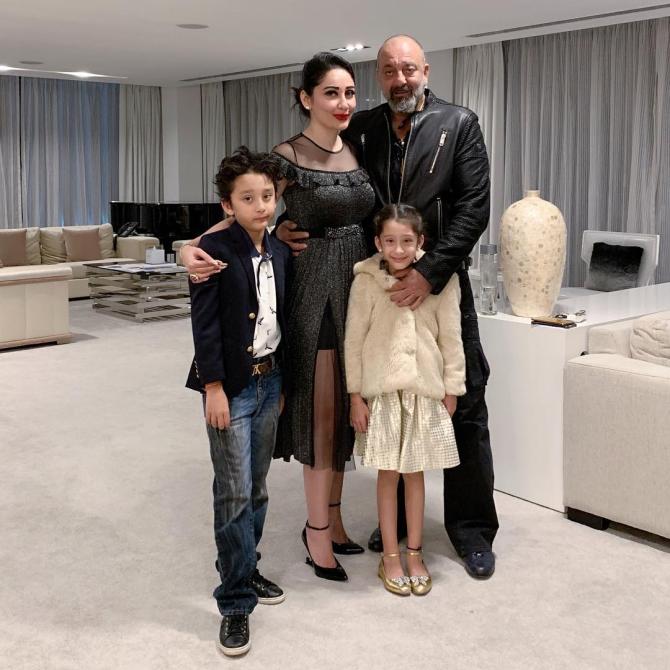 It is truly a blessing to be with your family during such testing times!