Bollywood actor, Sanjay Dutt turned a year older on July 29, 2022, and on his 63rd birthday, his doting wife, Maanayata Dutt shared a heart-melting note on Instagram along with a picture of her hubby.

Popular actor, Sanjay Dutt is one of the few actors in the Hindi film industry, whose life has been full of shocks and surprises, just like a Bollywood film. From losing his mother, Nargis, to cancer to giving memorable performances on the big screen, time and again, Sanjay Dutt proved the mettle of his willpower and acting chops to the world. Talking about his personal life, it was on February 7, 2008, when Sanjay had got married to Maanayata in a private wedding ceremony in Goa.

After two years of their happy married life, the much-in-love couple had entered the parents' club. Sanjay Dutt and Maanayata Dutt had welcomed twins, a baby girl, Iqra and a baby boy, Shahraan, on October 21, 2010. The adorable family of four never skips a chance to bring a wide smile to everyone's faces with lovely and fun-filled moments from their vacations. Over the years, the way Sanjay and Maanayata have led their marriage is absolutely inspiring, as they've never left each other's side even for a second, despite all the hiccups in their way.

Recommended Read: Adnan Sami Finally Opens Up About His Weight Loss Journey From 230 Kgs To 80Kgs, Reveals His Secret 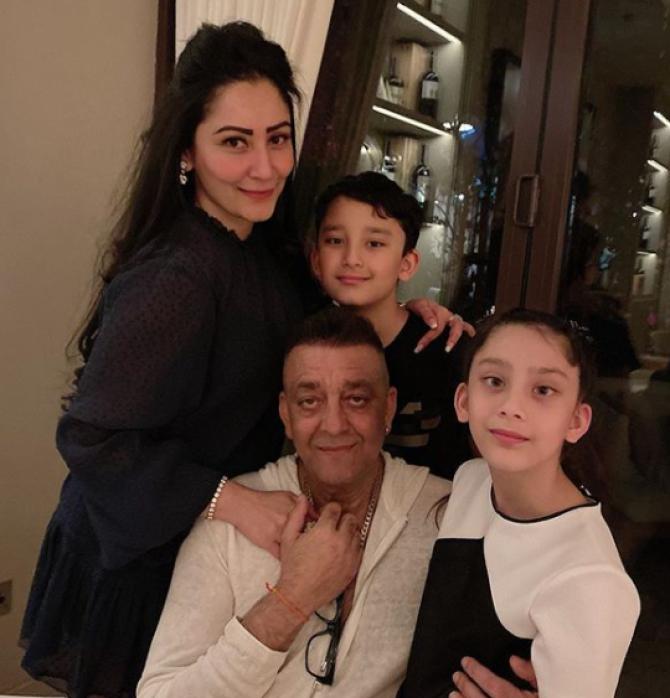 On July 29, 2022, Maanayata Dutt took to her Instagram handle and shared a mesmerising picture of her husband, Sanjay Dutt to wish him on his birthday. In the picture, Sanjay Dutt can be seen pumping some iron at a gym and looking extremely focused while flexing his biceps. The actor's famous tattoo on his left shoulder also caught everyone's attention, as his biceps looked wholly pumped. Along with this stunning picture of the actor, Maanayata Dutt also penned a cutesy note in the caption for her husband, and it can be read as: Last year, on February 11, 2021, Sanjay Dutt and Maanayata Dutt had completed 13 years of their happy married life. The K.G.F. Chapter 2 actor, Sanjay had posted a twinning picture with his wife to mark the special occasion, and it had won everyone's heart. In the picture, Sanjay Dutt could be seen wearing a black kurta-pyjama, while Maanayata was seen donning a black saree with a golden border on it. Sharing the picture on Instagram, Sanjay had written: 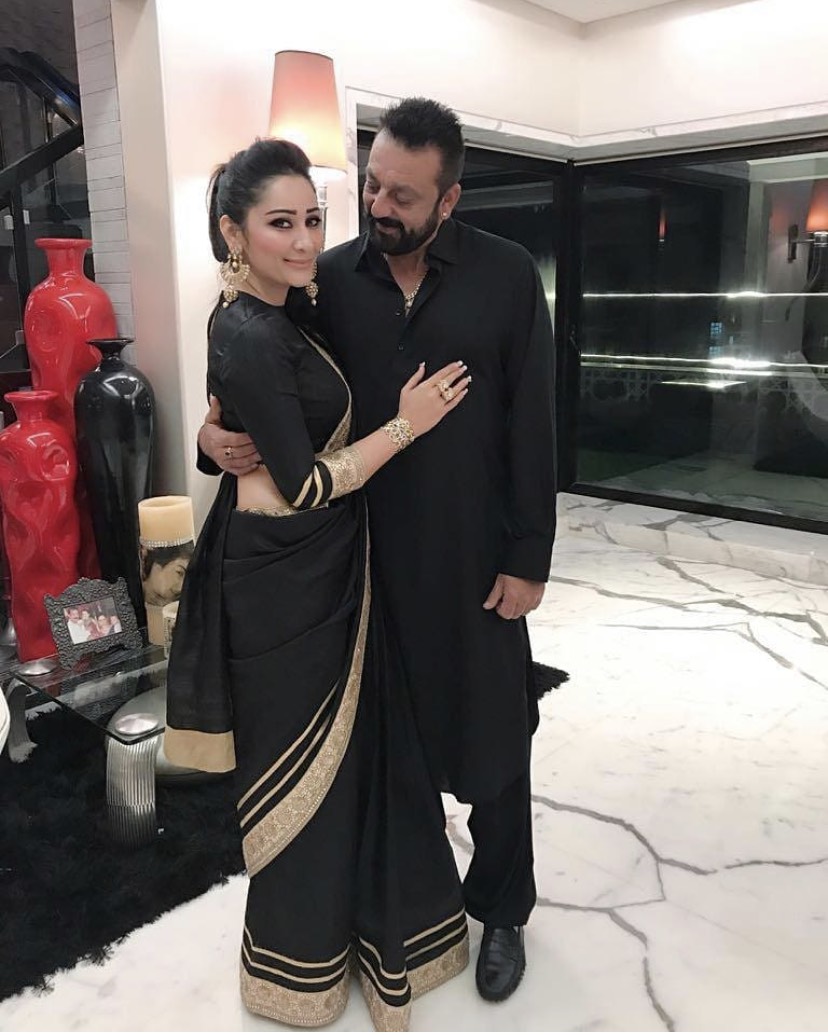 The doting wife, Maanayata Dutt had also wished her darling husband, Sanjay Dutt, on their 13th wedding anniversary and shared a picture on her I.G. handle. Maanayata had dropped a picture with him from a mata ki chowki, in which both Sanjay and Maanayata could be seen covering their heads with a laal mata ki chunni. The doting wife had captioned the picture as:

"Another year of fully accepting the dark and the light within each other...another year of holding on together......happy anniversary to my best grip in this world." 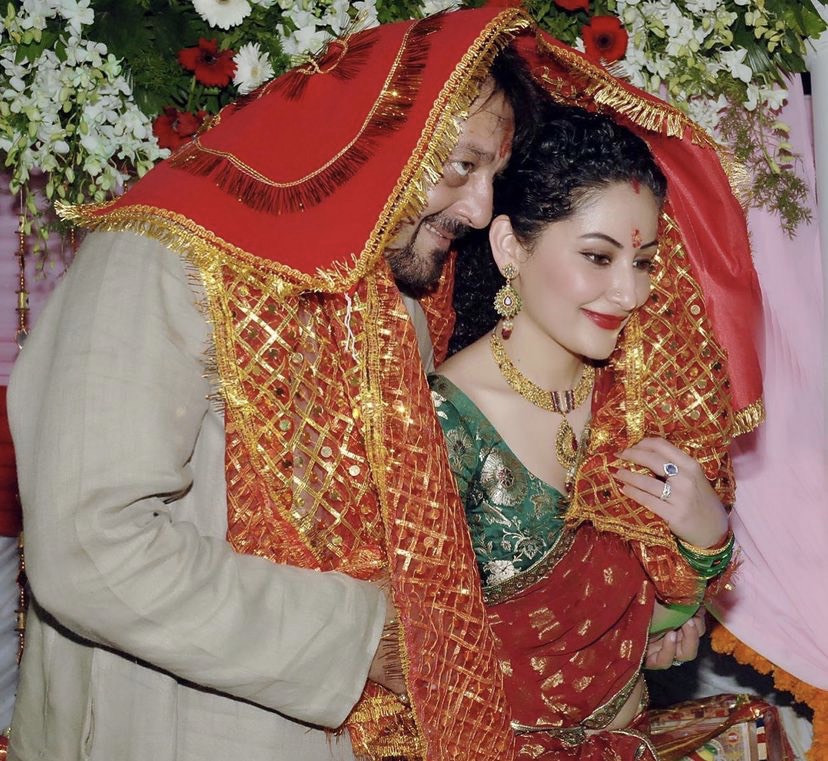 Also Read: Sidhu Moose Wala's Father Gets His Tattoo On His Arms, Shows Off His Love For His Late Son 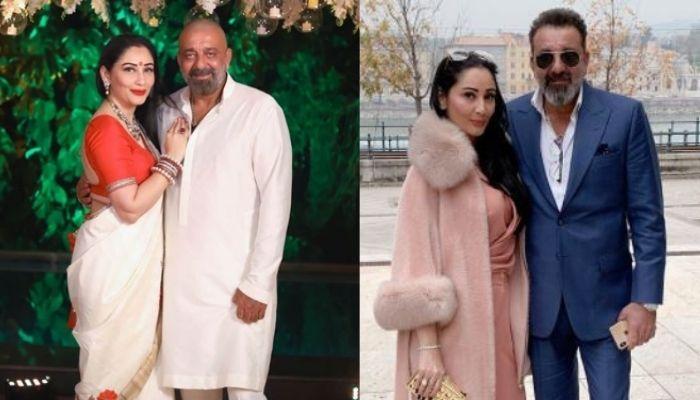 Twinning has become the ultimate way to show your love for your partner. We have seen the newly wedded couples twinning their looks to express how easily they have mingled and accepted each other in their lives. However, the twinning fashion is not just for the millennials as we have