Sanjay Dutt is considered as the controversial king of Bollywood for his choice of movies and his personal life. Recently, Sanjay and Maanayata talked about their relationship secrets and Sunil Dutt.

The most controversial actor of Bollywood is undoubtedly Sanjay Dutt a.k.a Sanju baba. His life has always been under the radar, from his movie choices to his personal life and controversial court cases. The star has always been under the limelight, mostly for wrong reasons. His biopic, Sanju was a huge hit at the box office and it was appreciated by a lot of his fans and followers. Though most of the aam janta liked the movie, there were a few people who criticised the movie and thought that it was his way of clearing his image from a bad man to a good man.

During his struggling years and bad times, the one person who always stood by his side was his wife, Maanayata Dutt. Maanayata was present during all his court hearings and handled all his professional commitments in his absence. She was standing by his side like a pillar of strength. Sanjay Dutt was earlier married to Richa Sharma, but the two had parted their ways in 1996, he later had married Rhea Pillai in1998 and the two had also parted their ways in 2008. Post which he had moved on and tied the knot with Maanayata on February 7, 2008. (Suggested Read: Mandira Bedi Opens Up On Motherhood, Says, 'I Was Scared That Pregnancy Will End My Career') 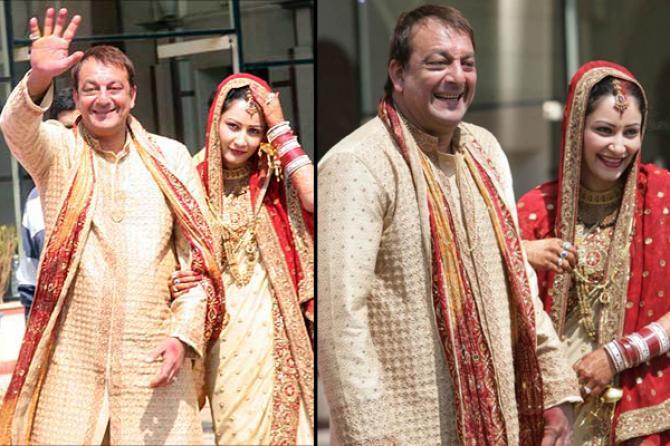 Sanjay Dutt has faced many ups and downs during his career and 60 years of his life. He has seen it all and emerged as a rockstar after all the struggles. Maanayata has always been away from the showbiz world, but she had made her debut as a producer in a film named Prassthanam, starring her husband, Sanjay Dutt. It is their joint venture and for the first time, the couple is working together on the professional front. In conversation with the Bombay Times, the couple opened about their relationship secrets and his bond with his late father, Sunil Dutt. 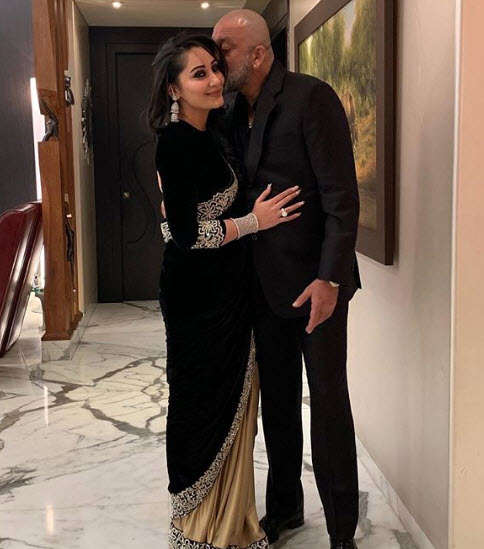 Sanjay Dutt had turned 60 on July 29, 2019, and when Maanayata was asked what has changed the most in him, she revealed that he has become calmer and more composed then he was before. In her words, “He is much calmer and more at peace now. The sword that was hanging over his head for years, has gone. Also, I think that age and the fact that he is fathering two young kids have contributed to his current state of mind. From the Sanju, who I knew a decade ago, he is a far more composed person now.” 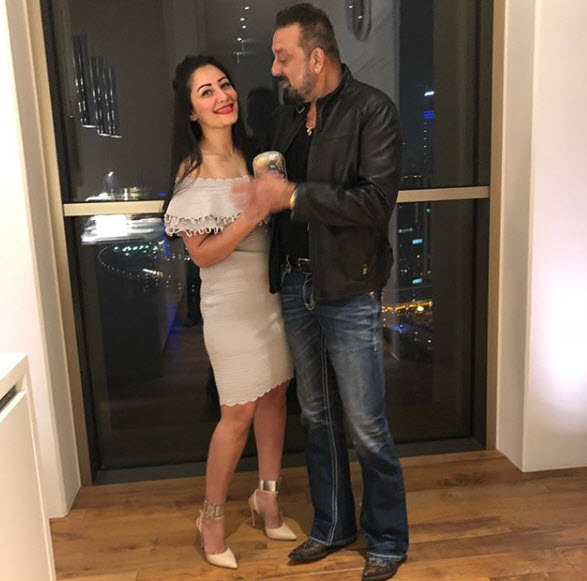 Maanayata further went ahead and talked about Sanjay Dutt’s persona and trademark style. She was quoted as saying, “Most actors are young at heart and vulnerable, Sanju is, too. As an actor, I guess you have to be young at heart to play multiple roles. Off-screen, I still don’t feel that he is a 60-year-old. Sanju’s style and swag are inbuilt; I don’t think that will change with age.” 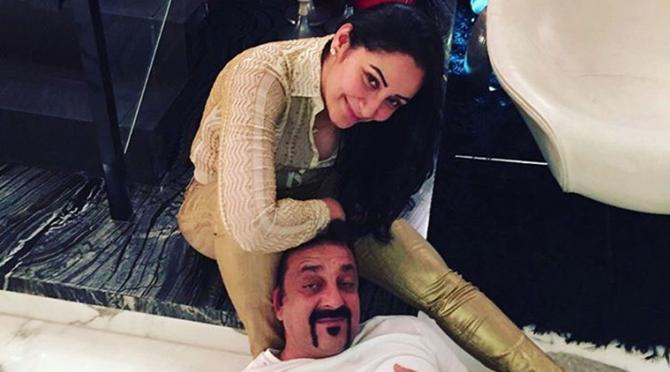 Sanjay Dutt always shared a great rapport with his late father, Sunil Dutt. Talking about the same, Maanayata has shared, “I remember that my sister-in-law, Priya, once told me that their father (Sunil Dutt) would often say, ‘Sanju ne itna drugs kiya hai ki uska dimaag grow hona bandh ho gaya hai’. Sanju always says that his dad loved Priya more, but I feel that his father had that unspoken love for him. Priya would tell me how dad would defend him and say these lines. So, I still feel that he is young, and I am dealing with three kids at home. Shahraan, Iqra (their twins) and Sanju gang up together. At home, the kids are supposed to have pizza and burgers only over the weekend, but he breaks that rule and allows it on weekdays, too. You see what I mean!” (Recommended Read: Angad Bedi Talks About Co-Star, Janhvi Kapoor And How She Has A Glimpse Of Sridevi In Her Eyes) 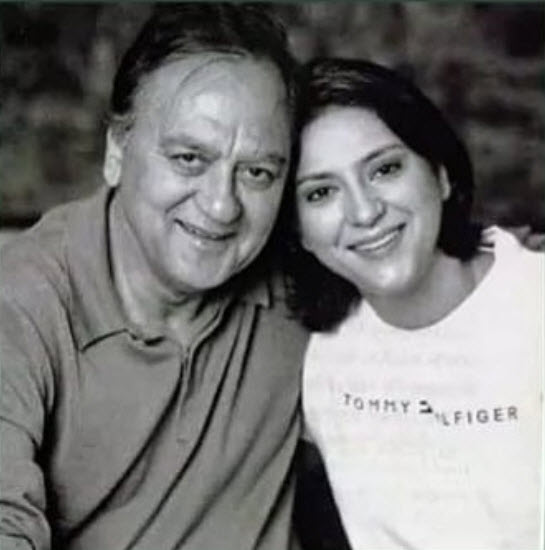 Sanjay Dutt agreed to his wife, Maanayata and talked about the unspoken relationship between him and his father. He said, “Yes, absolutely. It is much later in life that he started expressing himself more. The hug that he gave me at the end in Munna Bhai M.B.B.S (2003), was so real that both of us were crying. Towards the last phase of his life, my dad started expressing his love for me, and he was proud of the way I handled myself. For any father, it is a good feeling to see things turn around — from people saying that ‘Sanju Sunil Dutt ji ka beta hain’, to they saying ‘Sunil Dutt ji Sanjay Dutt ke pitaji hain'." 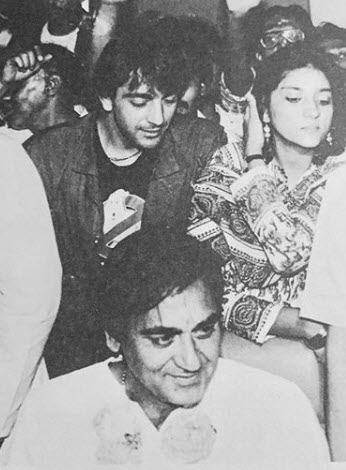 Reminiscing the moment when she had first seen Sanjay Dutt on-screen, Maanayata recalled, “My first memory of him is from Aatish: Feel The Fire (1994). There was this scene where he burns down a godown, I still remember it. Sanju is a fantastic actor, you give him any role and he does it with ease. His filmography is so diverse - from dark roles in films like Khalnayak (1993) and Agneepath (2012), to the lovable goon in Munna Bhai, and funny roles in films with David Dhawan and Govinda. He has this larger-than-life presence on screen. I remember once I was on the same flight with Mr (Amitabh) Bachchan, from London to Mumbai, and we were talking about how he has worked with both, my father-in-law and my husband. Mr Bachchan told me, ‘Sunil saab toh bahut acche actor the, aur Sanju ke saath kaam karne mein bahut mazaa aata hai, kyunki agar aapke saamne bahut takkar ka actor ho, toh aapki performance badhti hai’. And he also said that Sanju looks ‘itna chauda’ on screen. It feels great that someone who is an institution in himself, speaks so highly of Sanju.” (Must Read: Mahhi Vij Shares A Cute Poem For Her One-Month-Old Daughter, Tara Jay Bhanushali) 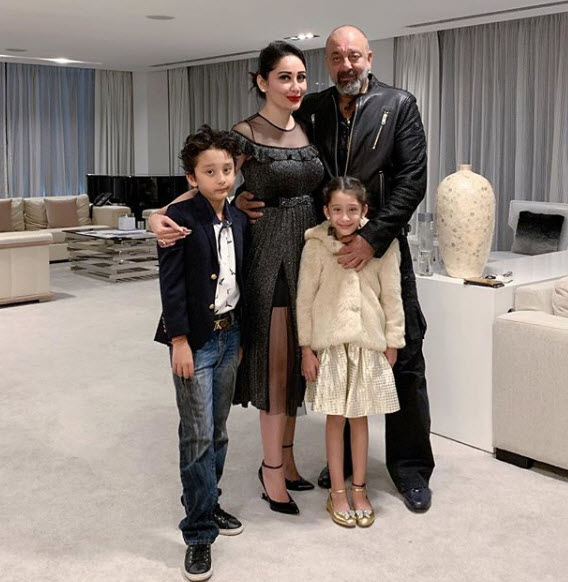 We wish Sanjay Dutt and Maanayata Dutt, all the very best for their upcoming movie, Prassthanam. 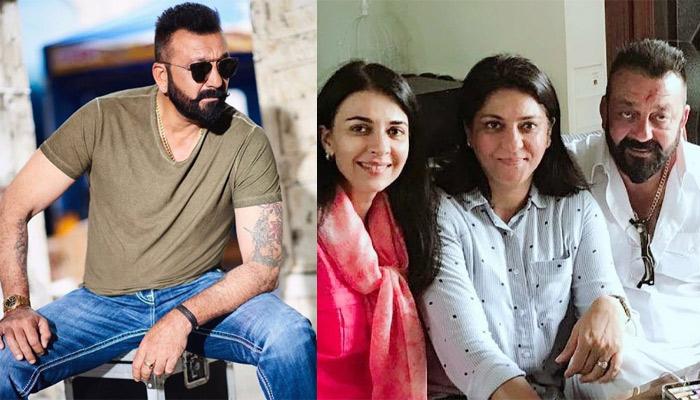 As much as we love our siblings, sometimes we tend to grow apart from them as we grow old. We stop sharing things with them, don’t open up with them about any of our issues and mostly neglect them for our new friends. No matter how much we try but sometimes,