Sania Mirza's sister, Anam Mirza announced the news of her pregnancy, and it is her nephew, Izhaan Mirza Malik, who is the happiest.

Indian Tennis sensation, Sania Mirza and her sister, Anam Mirza share a warm bond like every other sibling. The adorable sisters never fail to express their admiration for each other. It was on December 11, 2019, when Anam had said ‘Qubool Hai’ to Mohammad Asaduddin, son of Mohammad Azharuddin (Indian cricket team's former captain) in a traditional Hyderabadi nikaah ceremony in Hyderabad.

But do you know who was the star of Anam and Asad’s wedding? It was Sania Mirza’s little munchkin and the heart of the Mirza family, Izhaan Mirza Malik, who was super-excited for the wedding of his Anam khaala and Asad Khaloo. Baby Izhaan had truly stolen our hearts away with his cuteness and charm in the pictures! On March 21, 2022, Anam took to her IG handle and shared a cutesy video of her nephew, Izhaan Mirza Malik announcing the news of her pregnancy. In the video, when Izhaan was asked what is in maasi's tummy, he smiled and said, 'baby' and the excitement on his face was unmissable. On top of the video, Anam wrote, "We're having a baby." Anam captioned the post as:

"#BabyAnamAsad is on its way. Please keep us in your prayers…#alhamdulillah."

Anam Mirza was the happiest when her sister, Sania Mirza had embraced motherhood and had given birth to their little bundle of joy, Izhaan Mirza Malik. To announce the special news, the proud khaala, Anam had shared a caricature on her IG handle, which had #BabyMirzaMalikIsHere written on it. Anam had captioned it as “It’s a boyyyy!!!! Alhamduilllllaaahhhh!!! @mirzasaniar @realshoaibmalik #babymirzamalik 30.10.18.” Since then, Anam cherishes every moment with her little nephew and delights her fans with glimpses of their quality time. 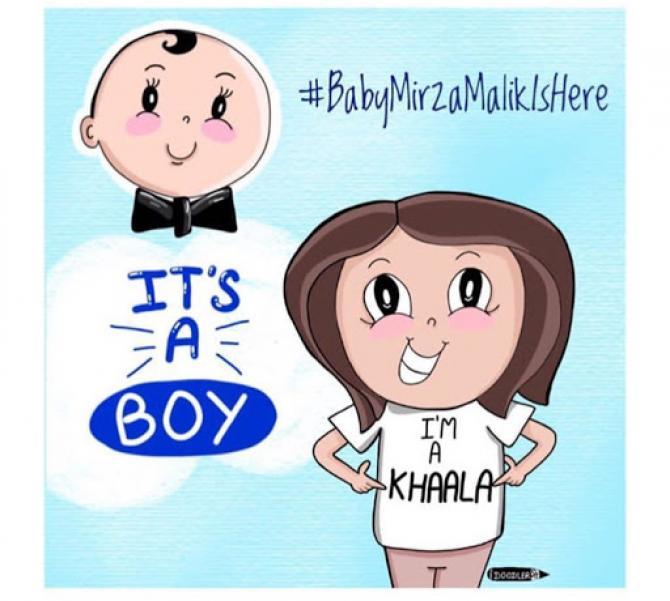 When Izhaan Mirza Malik had turned 1, his khaala, Anam Mirza had penned a heartfelt wish for her ‘Izzy baby’ with a picture from his birthday bash. Captioning the cuddly picture with Izhaan, Anam had written: In an interview with the Vogue, Anam Mirza had thrown some light on her love story and wedding with Mohammad Asaduddin. Before Anam, who owns an ad agency and an event company, had started dating Asad, a cricketer and a real estate developer, their respective families had fallen in love with them. Anam had elaborated:

“Before we even officially started dating, we happened to meet each other’s parents. My folks instantly fell in love with Asad, and same was the case with his family. It’s ironic; everyone around us always knew that we would make the perfect couple. And it turned out to be true. After just a month of getting to know each other, we were sure we wanted to get married.” Also Read: Dimpy Ganguly Announces Her Third Pregnancy, Flaunts Her Baby Bump In A Picture With Her Kids