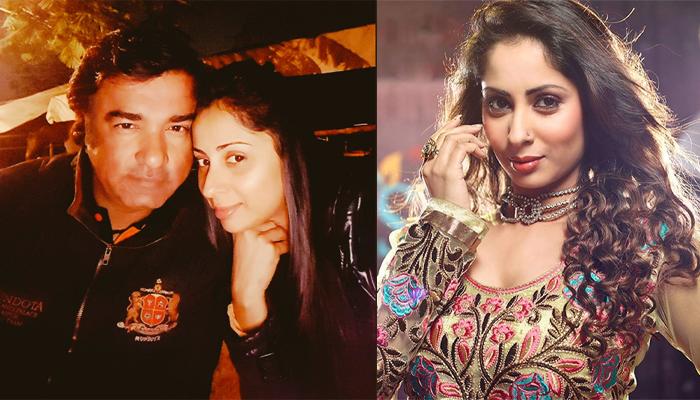 Indian television actress, Sangita Ghosh became a household name when she essayed the role of Pammi in the hit TV serial, Des Mein Niklla Hoga Chand. After taking a sabbatical from work, she came back to the small screen with Kehta Hai Dil Jee Le Zara, which didn’t have a successful run. But the never-giving-up attitude of Sangita is bringing her back on the small screen with her upcoming serial, Star Plus' Divya Drishti. (Suggested Read: Dipika Kakar And Shoaib Ibrahim Gift Themselves A Luxury Car On Their First Wedding Anniversary)

Sangita Ghosh is married to a Rajasthani polo player by the name of Rajvi Shailendra Singh Rathore who hails from Jaipur. Sangita’s upcoming stint, Divya Drishti, is a supernatural series and on being asked as to how her husband reacted on hearing the offer, Sangita replied, “My husband told me that ‘now you have got the role which suits you completely’. And that was very mean of him. But on a serious note, he asked me, ‘are you sure you want to do this?’ I said why not its challenging let me do it. So he said yeah okay then please do it.” 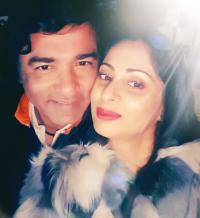 Talking to SpotboyE, Sangita also shared her personal life. Opening up about becoming a mother in real life, Sangita was quoted as saying, “Nothing is stopping me to become a mother in real life. But I think me and my husband need to spend more time together. It so happened that I am working most of the time here. He is busy with his work in Jaipur. See, we both need to be mentally ready to start a family. By that I mean the entire focus and concentration should be only towards that. And I still want to work. So let’s see, when it has to happen it will happen.” 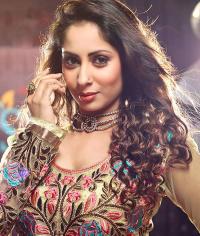 Sangita’s in-laws are very understanding and in fact, she also confessed that her husband, Shailendra has never pressurised her for a baby. She retorted, “In India, of course, people get married thinking we have to increase the family. And they are not wrong too. But I am very lucky that my husband has never pressurised me. Yes, we do talk about it. My mother also speaks about it. My mother-in-law also speaks about it. But they have not pressurised me ki abhi karna hi hai it’s high time. So I am lucky enough.” 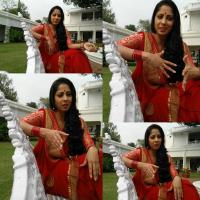 Talking about her in-laws in an earlier interview, Sangita had said, “My mother-in-law is my best friend. She told me, ‘If you have any issues with your hubby, come and tell me. I will straighten him out’ (smiles). Just how much she loves me can be gathered from the fact that despite being traditional, she lets me skip all the fasting rituals as I am not comfortable with them. I try to show my appreciation by agreeing to wear those heavy traditional Rajasthani outfits. Such small gestures matter a lot.”

Is Sangita open about surrogacy like celebrities say Karan Johar, Ekta Kapoor and others? Sangita answered, “I am very open-minded. I don't see it as something to be embarrassed or hidden about. In today's times, if science is offering you these kinds of options which you can go ahead with and try something then why not? It depends upon the individual like emotionally how invested you are or hooked towards it. I don't see surrogacy as a problem.” (Don't Miss: Shahid Kapoor's Step-Father, Rajesh Khatter Shares Heartfelt Birthday Message For Him As He Turns 38) 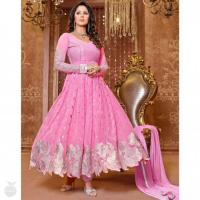 Sangita and Shailendra got married in the year 2012 and in a 2017 interview, she had opened up about her marital life. She had quipped, “We are still in the lovey-dovey phase of marriage. We are constantly in touch and share every single detail of our lives. Despite the distance, we keep the zing going. Sometimes he comes down to Mumbai to spend time with me or I fly to Jaipur for a week. It was he who encouraged me to take up Parvarrish 2 if the money is good.” 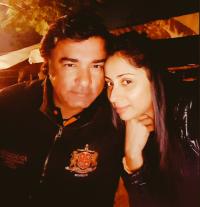 Disclosing her love story and how she met Shailendra, Sangita had once recalled in an interview, “I had gone to Jaipur to learn horse-riding. And as luck would have it, he was the one teaching me. While showing me how to ride a horse and hold the reins, he started flirting with me! I was like, 'Oh God! Who is this guy?' I was there for three-four days, and Jaipur has a close set of people, you meet them every day.” Eventually, cupid struck between the two and they decided to take their relationship forward.

Opening about her wedding with Shailendra, Sangita had once shared, “It (wedding) was a very private affair. I may be used to the media but my in-laws are not. Also, it wasn't a big celebration in our family because my dad was extremely unwell. I rushed into marriage for my dad's sake, but I don't think he knew what was happening as he had lost his memory.” (You May Like: Kareena Kapoor Khan Had The Most Shocking Answer When Asked About Keeping Balance With Amrita Singh)

Sangita Ghosh is truly an inspiration to not only young actresses but also to the newbie wives, right? We wish her all the luck for Divya Drishti.