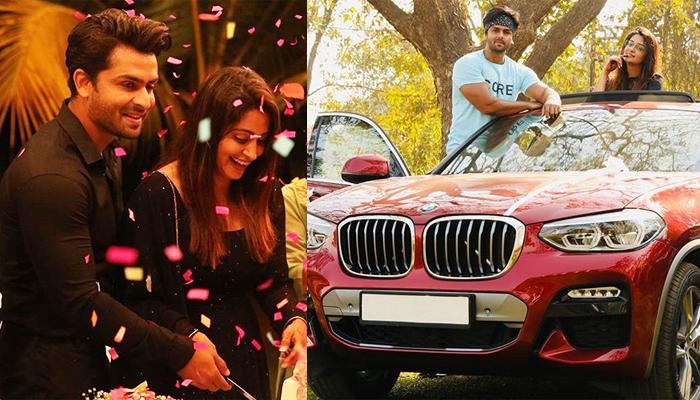 Dipika Kakar and Shoaib Ibrahim have shared what their anniversary gift to themselves is! Sharing a pic of a luxury car in which the two are posing proudly, Shoaib has captioned it as, “Work hard with a clean heart and your dreams do take the face of reality!!! Here we introduce you all to the new member of our family!!! Our first luxury car- the BMW X4!!!! Our First Anniversary Gift to Ourselves!!! @bmwindia_official.” Wow! A BMW as an anniversary gift!

On their first wedding anniversary on February 22, 2019, Shoaib’s sister, Saba Ibrahim had shared a video from the anniversary celebrations in which ghulam, Shoaib was seen dancing for his joru, Dipika. Saba captioned it, "The song says it all #proudofyoubhai @shoaib2087 @ms.dipika #mashaAllah.”

Shoaib and Dipika also had a photo shoot on the occasion of their first wedding anniversary. Sharing a few pics on her Instagram handle, Dipika wrote, “Yesssss its been a year of the most precious day of my life... of being Mrs Dipika Kakar Ibrahim.... and my world has bloomed with love ever since!!! Be Ready Guys The Celebration beginssssss!!!!!”

Shoaib also shared some pictures with a heartfelt anniversary wish for his lady-love, Dipika Kakar Ibrahim. He captioned the pics as, “One year down... forever to go... thankyou dipi for coming in my life.. and making me the person I am today.. u are my teacher, best friend, love, wife and my life. I had never thought that someone can love me this much. No one understands me better than you. Mera bachpana, mera pagalpan, meri sharartein, aur kabhi kabhi mera gussa.. and i promise you i will always love u and protect you, aur humesha khush rakhunga.. Thanks for completing me and my family.. love you always and forever Happy Anniversary Jana @ms.dipika.” (You May Like: Shahid Kapoor's Step-Father, Rajesh Khatter Shares Heartfelt Birthday Message For Him As He Turns 38)

Shoaib and Dipika never shy away from expressing their love to each other on social media. For example, on June 20, 2018, Shoaib Ibrahim turned 32 and his doting wife, Dipika Kakar shared the loveliest wish for him and wrote, “You are a gem... a perfect son... a humble human being and a perfect husband....so happy to see this happiness on your face... on receiving your first award..and that too on your birthday!!!!! Wish You A Very Happy Birthday!!!! I will always pray for your growth and happiness... because I know u deserve every bit of it... and sky is the limit for you!!! I love you #happybirthdayshoaib.” 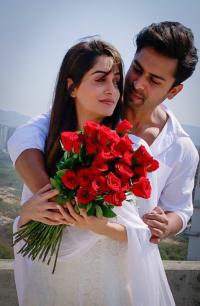 Even Shoaib had left no stone unturned when Dipika celebrated her first birthday post marriage on August 06, 2018. Sharing a heartfelt message for her, Shoaib had written, “Hmmm toh first birthday.. nikah ke baad .. and as u said to me.. mujhe special feel karwana..i dont know how to make you feel special .. jisme main sabse kamzor hu..just want to say ....You make me happy.. you make me laugh.. you are little crazy and sometimes akward... but your smile alone can make my day. I promise to support u whatever you do.. and .. i am always there for you. Kyuki ab koi option nahi... #happybirthday Love you. Allah lambi umr de.. @ms.dipika #birthdaygirl.”

In an interview with The Indian Express, Dipika and Shoaib had opened up about their relationship. When they were asked as to what they love, hate and tolerate about each other, Dipika had shared, “I love about him is the way he carries his relationships be it with his family, with his friends, you know. He just takes them together and walks ahead. So, that is what I love about him.” Adding further, she said, “What I hate about him is not something that I would like to discuss about openly. And what I tolerate about him is his phone. Kabhi mujhe mauka mile na to main ise dustbin mein daal ke aa jaungi. I tolerate this about him definitely.” (Also Read: Akash Ambani And Shloka Mehta's Pre-Wedding Bash At St. Moritz, Switzerland Begins [Pics And Videos])

Dipika and Shoaib are definitely raising the #maritalgoals bar rather high. How did you like their first-anniversary gift for themselves?