Sanaya Irani took two days to cut husband, Mohit Sehgal’s hair. He shares the hilarious story of her dedication. Scroll down to know the story!

The lockdown has turned us into a chef, an artist, a barber, parlour wali didi and whatnot! It looks that we all will come out of this pandemic like a pro! We will have many skills to add to our curriculum vitae and we will be saving lots of money. Well, the lockdown has turned many wives into a hairstylist for their husband, from Anushka Sharma to Tisca Chopra, and the new addition in the list is TV’s bubbly actress, Sanaya Irani. Sanaya gives husband, Mohit Sehgal a haircut but with a twist! (Also Read: Arhaan Khan Says He Holds No Grudges Against Rashami Desai And Would Not Mind Meeting Her In Future)

Sanaya and Mohit have been giving us relationship goals ever since they had worked together in Miley Jab Hum Tum as colleagues. Their cute chemistry talks louder about what modern-day couple looks like. After years of dating, the two had gotten married on January 25, 2016, and we all had loved their Goa beach wedding. Well, we cannot forget their beach wedding and also the fact that Sanaya took two days to cut husband, Mohit’s long tresses. Scroll down to know the hilarious story! 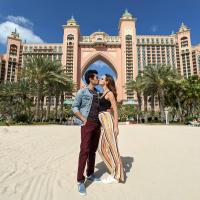 Mohit Sehgal is hands down the cutest joru ka Ghulam of telly world. We know how much he loves his wife, Sanaya and taking to his IG handle on July 11, 2020, Mohit penned down an appreciation post for her. Sharing a series of pictures of his haircut done by his darling wife, Sanaya, Mohit shared the story of how it took her two days to chop of his hair. He started his note as “Wife appreciation post. Now where do I begin, this journey started 2 days ago after 1 month of pestering my wife to cut my hair. She kept delaying it and now I understand why. I showed her you tube videos on how it was to be done (maybe I should have shown her easier videos). Ofcourse she started off really confident cause that’s just her personality, but slowly and surely grew to realise that this was not going to be a piece of cake.” 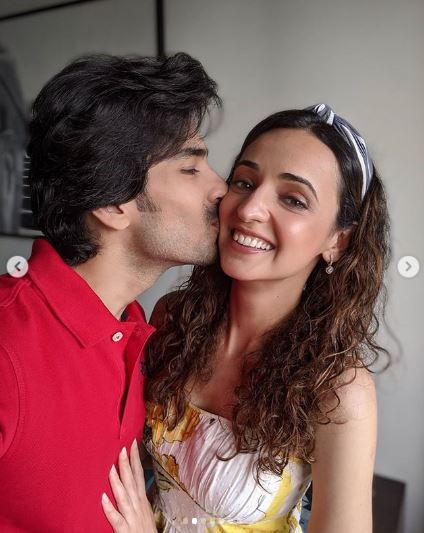 After talking about how he motivated Sanaya to chop his hair, Mohit shared the story of their day-one at the actual drill. He added, “Day one started at 2.30 pm and ended at 10pm with me skipping both lunch and workout after which only one side was completed and exhaustion had struck (I wish I took a pic of my day one hair where one side was long and the other short but I guess the exhaustion just took over).” 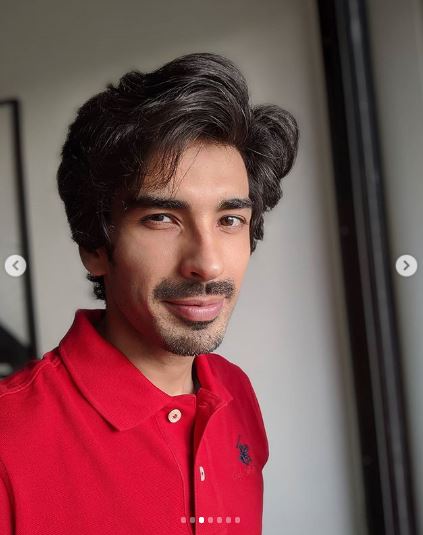 Mohit, then continued with how the day two begun with half-chopped hair. Narrating the incidence further, he wrote, “Day 2 started at 3.22 pm and ended at 9pm (obviously on day 2 we were smarter than day 1 and had lunch before we started). You all know how the 2 days went but what you all do not know is how patient and dedicated my wife was to the job. She was standing non stop with her neck and hand bent in weird positions and did not once say she was done with it, in fact on day 1 she said she will keep going till it was done.” 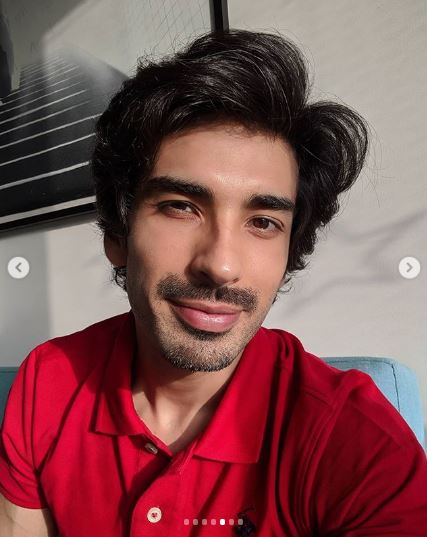 Mohit then ended his note by thanking his wife, Sanaya for being patient and ensuring to give him a nice haircut. He ended, “Thank you baby @sanayairani for being so patient and calm and getting it done eventually. Thank you for making sure I didn’t have to shave my head by the end of this.I love the haircut and this is the only haircut after which I could kiss my sexy hairdresser @sanayairani. P.S. We have written to the Limca Book of records for this to be the longest time a haircut has ever taken. We are awaiting their revert. @sanayairani thank you baby I love u” followed by five red heart emoticons. (Don't Miss: Arjun Rampal Takes GF, Gabriella Demetriades And Son, Arik Rampal For An Outing Amid The Pandemic) 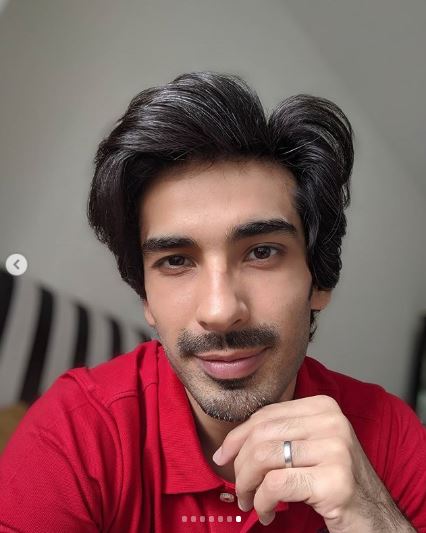 Sanaya Irani was quick enough to react to husband, Mohit’s appreciation post with a hilarious comment. Sharing a little detail about their last night, she commented, “Awwww thanks baby. Is this because I made u sleep on the couch last night?” To which, Mohit immediately replied, “@sanayairani shut up. Love u” followed by heart and kisses emoticons. (Recommended Read: Inaaya Naumi Kemmu Twins With Brother, Taimur Ali Khan In Justice League Superhero Costumes)

Do you like the haircut given to Mohit Sehgal by Sanaya Irani? Let us know!