Arhaan Khan revealed that he holds no grudges against Rashami Desai and talked more about their equation post-breakup. Scroll down to know more!

Not every relationship has a happily ever after! Television actress, Rashami Desai has not been very lucky with love in her life. First, it was her broken marriage with Nandish Sandhu, and then, when the actress had found love again in diamond merchant turned actor, Arhaan Khan, it too backfired on her. Her ugly breakup with Arhaan on national television and the way she held herself, made her an inspiration for millions of her fans. (Also Read: Arjun Rampal Takes GF, Gabriella Demetriades And Son, Arik Rampal For An Outing Amid The Pandemic)

It was in the 13th season of Bigg Boss that the audience had gotten to witness the ugly breakup of Rashami Desai and Arhaan Khan. The two had almost broken up on national television, when Rashami was informed about all the frauds Arhaan had done behind her back and how he had hidden about his relationship and child from her. For sure, anybody would be left heartbroken, but Rashami had still maintained dignity. After that, a lot was said and done and now both, Rashami and Arhaan have moved on in their lives. Arhaan now, reveals that he holds no grudges against Rashami Desai and talks more about their equation post-breakup. 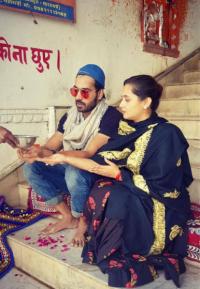 In a conversation with The Times of India, Arhaan Khan talked about his equation with Rashami Desai post their ugly breakup inside Bigg Boss house. Arhaan was asked if he is still in touch with Rashami Desai when he was talking about other fellow Bigg Boss contestants. He shared that things were over between them when Rashami had started changing her statement, and added that he holds no grudge against her. He said, "Things were over for me when she changed her statement again in the show. Unki aadat hai baar baar apni statements change karna. I don't know why she did it. She called me after the show, but we couldn't connect aur main ab bilkul touch mein nahi hoon. We were in a live-in relationship for a year-and-a-half, and we have shared a beautiful journey together. Aage jaake agar kabhi milte hain toh I don't have any problem with that. No grudges."

Arhaan also addressed the controversies that happened during his stay inside the Bigg Boss house and his relationship with Rashami. He said, “There were a lot of things that shouldn’t have been discussed on the show. TRP ke liye hi hua tha shayad. When two people are in a live-in relationship, they know things about each other. Pata nahi yeh sab cheezein kyun aayi saamne, but theek hai jo hona tha ho gaya. My life hasn't changed much, I still have all my friends by my side." During the lockdown, Rashami Desai had interacted with her fans and had gone on to admit that she was in a relationship with Arhaan and was not bothered to know about his past, as she had trusted him whole-heartedly. She had said, “Yes we were in a relationship and we stayed together for months and in midst of that we have shared a lot of details with each other. Yes, I loved somebody not knowing anything about his past and details related to him. I trusted him but I didn't know that I would have to pay such a big price for it. That I will be asked to give proofs. I was emotionally involved. Whatever I have done for my loved ones I don't need to advertise.” (Don't Miss: Divyanka Tripathi Dahiya Shares An Unseen Picture From Her Wedding To Celebrate 4 Years Of Marriage) 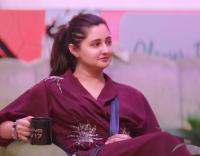 Earlier, in an interview with The Times of India, Rashami had revealed how she had handled her break up with Arhaan inside the house. She had shared that she had seen many things. She had said that she is happy that she learnt about Arhaan on the show. Rashami had further added that she doesn't know how she would have handled the situation if she was out. She had shared that she has seen a lot of women going into depression and committing suicide and all, but she would like to tell them it's fine. It's not worth it and it is part and parcel of your life. (Recommended Read: Shweta Tiwari's Friend Reveals Abhinav Used To Harass Daughter, Palak, He Plans A Defamation Case) 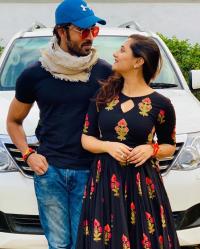 We are happy that Arhaan Khan and Rashami Desai have a mature opinion about their breakup!