'De Dana Dan' actress Sameera Reddy is expecting her second baby with Akshai Varde in July 2019. Here, the mommy-to-be revealed how she is feeling in the last leg of her pregnancy.

Motherhood- the word comes with a lot of responsibilities on a woman’s shoulder and along with it comes nervousness of everything going haywire (at times), uneasiness, happiness and so much more. Currently, the one popular actress who is facing all of this is De Dana Dan actress, Sameera Reddy. The actress who tied the knot with Akshai Varde in the year 2014, is on cloud nine these days. The couple is already parents to a baby boy whose name is, Hans Varde, and their second baby is due in July 2019.

Recently, Sameera had her traditional godh bharai ceremony and she had looked amazingly gorgeous in her Indian attire. She chose to wear a complete traditional red and yellow colour kanjeevaram saree. Spreading that pregnancy glow, Sameera had shared a couple of pictures from the functions on her official social media account. Ever since Sameera’s second pregnancy news came out, she has been quite active on social media and has been very vocal about her thoughts and feelings during this phase. (You May Like: Anand S Ahuja Teases Sonam Kapoor Ahuja By Sharing His Favourite Pic Of Hers With A Funny Caption) Today, on June 26, 2019, Sameera yet again took to her official Instagram handle and shared a lovely picture from her maternity shoot. Along with the same, she expressed her feelings during the last leg of her pregnancy phase. Her caption could be read as, “Final lap of this pregnancy and I feel strong, excited, nervous and powerful. Mixed emotions in so much grace.” 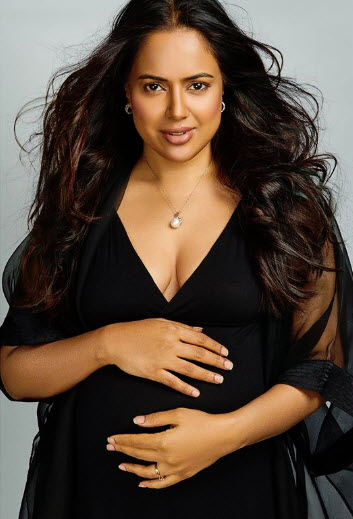 Yesterday, on June 25, 2019, she had taken to her social media account and shared another closer glimpse from her maternity photoshoot. Along with that, she had written, “I embrace my curves, my cheeks, my water retention and my pregnant belly with a smile. I love this natural look by @namratasoni. I visited her amazing school in Mumbai, and It was so nice to address young budding makeup artists training under her.” Checkout: 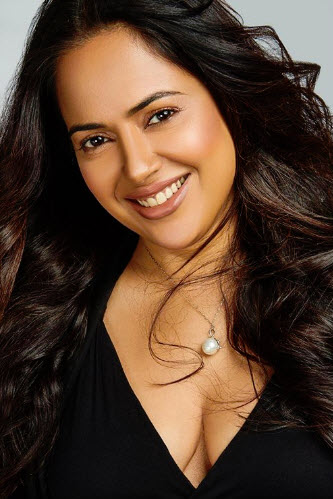 A few days back, Sameera had shared before and after picture of her pregnancy. Along with the same, she had written, “I touched 102 Kgs in May 2015, the month Hans was born and I’m not scared to admit it. It took me to the deepest darkest places in my head. My confidence shattered. And I couldn’t lose the weight for a year after because I was too scared to even step out. I disappeared because I didn’t have the strength to be judged by the world after all the years of being glam and fit on screen. But the beautiful part is that you can only hit your lowest low to know you can absolutely climb out of that hole. It’s a fight. A hard one.” (Also Check: Soni Razdan Shares Throwback Pic When She Was 21, Fans Amazed By Uncanny Resemblance With Alia Bhatt) 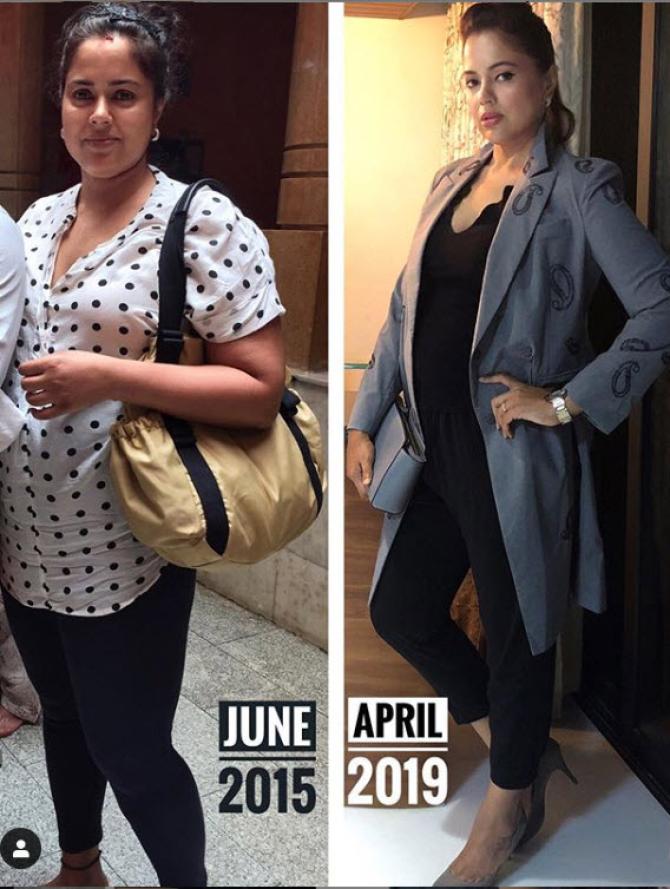 Her post could further be read as, “Took me 2 years more to lose the weight and to step out and face the world again but I wish I had the courage then. I did it naturally with no fad diets, no easy way out. Only with dedicated workout, yoga, pilates and strength training. It’s important for me to post this now because I need women to know the struggle is real. The mood swings, hormonal changes and losing your body shape can mess with your mind. It’s a superficial world and people can be hurtful if you don’t keep up. But the key is to be fearless. Only you can get out of that rut. It’s yours to change. Be brave. You can move mountains if you just will it. Special thanks to the best workout crew who also gave me the physical & emotional strength to get fit again @yogabypramila @adishroff @ivan_ultimatefitness @nyelakapadia & Kaizen Motafram my Pilates guru! love you guys.” Lashing out to all those who target pregnant woman for their weight gain, Sameera had quipped, “I have one question for these trolls. Where do you guys come from? Your mothers right? Was your mother very hot after you came out? I am just saying that it’s shameful because it is such a natural process and it’s so beautiful, it’s so amazing. And there are sexy ones like Kareena who just come out looking fully hot and then there are people like me who take time. It took me time with the first baby. Maybe it will take me time with the second baby. But what’s important is to accept yourself. And to all the trolls out there, say what you want guys. I think that I have a superpower. I am giving birth to a baby.” (Do Read: Shilpa Shetty Reveals The Time When She Had Received An Ultimatum About Her Marriage From Raj Kundra) Confirming her pregnancy news to SpotboyE, Sameera had quoted, “Gosh! How did you know? I have not told a soul yet. But now that you have called, yes, let me tell you the truth that I’m carrying for the second time. I’m four months pregnant. This is a planned baby. It is one of the reasons why I have refused quite a bit of work in the recent past. Akshai and I wanted to have the second baby in 2019. My due date is in July.” Bollywood actress and mother of two, Sameera Reddy, who is 42 years old, has redefined motherhood for many mommies. The gorgeous diva not only defied all the societal notions when it comes to flaunting the baby bump, but she has also been talking about her postpartum depression and weight gain.