The equation between celebrity siblings, Salman Khan, Arbaaz Khan, Sohail Khan and Alvira Khan is known to all. Checkout an unseen childhood picture of the siblings recreating 'HSSH' moment. 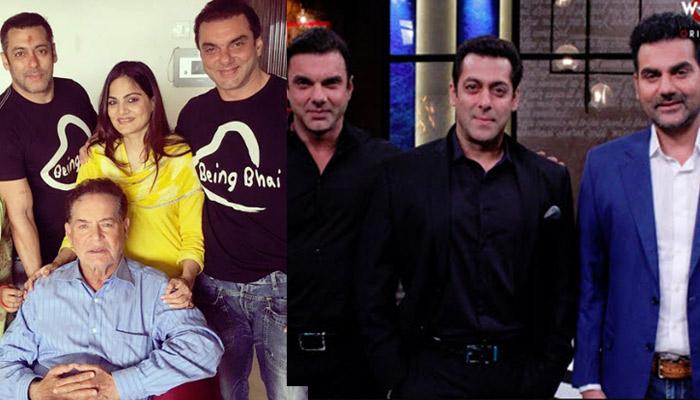 An equation between siblings is an amusing and a complicated relationship. When you are together, you might possibly be a bunch of crazy peeps doing all daring things or partying all night and lost in another world. Brothers and sisters are the best of friends, each other’s confidants, sometimes rivals, and co-conspirators too at the same time. But you just can’t do away without each other! Such has been the relationship of Bollywood's much-talked-about siblings, Salman Khan, Arbaaz Khan, Sohail Khan and Alvira Khan Agnihotri.

Their commitment to each other and the bond that they share is worth acknowledging for. Social media is a very powerful platform where people talk about different things and stay connected to each other. But what we love more are the fan pages of the prominent Bollywood celebs, which give us sneak peek to their unseen and rare pictures. (Also Read: Sonakshi Sinha Says She Misses Being In A Relationship And Shares Her Own Idea Of Being In Love)

Just like that whilst our casual social media scrolling on Instagram, we stumbled upon an unseen childhood picture of Salman Khan with his two brothers, Sohail Khan and Arbaaz Khan along with their sister, Alvira Khan all in one frame. The picture says a million words about love and sort of recreated the Hum Saath Saath Hain moment. Take a look: 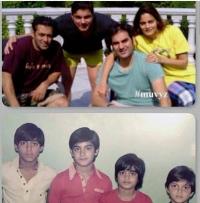 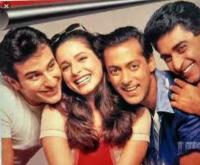 In a throwback interview at an event, Salman had recalled his childhood days with his brothers, Sohail and Arbaaz, and was quoted as saying, "Long time back, we three brothers were watching the movie Tarzan and playing a game that involved stones. I got so engrossed in the game that I accidentally threw the stone at Sohail who was very young at that time. He went behind the dustbin and within a few seconds, started bleeding profusely. Arbaaz and I got so scared thinking about how badly our father will scold us." (Also Read: Kareena And Karisma's Cousin, Armaan Jain Gets Engaged In A Secret Ceremony, Lolo Shares The Pics)

In the same interaction, he had also shared that he was once thrown out of the class in school despite not being his fault. Reminiscing the incident, the actor had said, "Once my father (Salim Khan) was passing by and seeing me out on the corridor asked exasperatedly what mischief I had up to now. I confessed that even I didn’t know the reason this time. Later, his dad learnt that it was because of his fees was overdue. The very next day my father paid the fees and the teacher apologised." 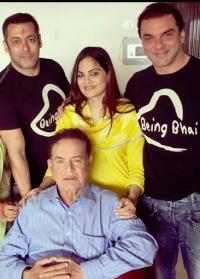 In an earlier interview with the PTI, the actor had talked about his love for his family and his brothers and sisters. The Dabangg actor was quoted as saying, "Most of my personality is bits and pieces of my brothers, sisters, my father, mother, some friends of mine. Whatever happens in the house, whatever jokes are there, I can use the platform of movies and TV, and you will see that Salman Khan. But that Salman Khan is incomplete without a Sohail Khan, Arbaaz, Arpita, Alvira, Salim, Salma. There is no personality to Salman Khan if these people were not in his life.” (Checkout: Sushmita Sen And Rohman Shawl Are All Set To Tie The Knot In A 2019 Winter Wedding, Details Inside) 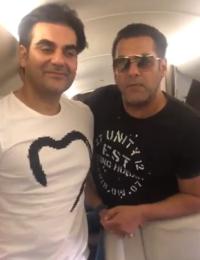 The Bajrangi Bhaijaan star considers himself lucky to have his loved ones supporting him, “Most important thing is a family that is supporting you. There are some families where parents don’t support their children, but those kids have it in them to prove the parents wrong. First the film industry was considered a taboo, a lot of youngsters who left their homes and came here, made it big in the industry. I think it is just the worry of the parents that ‘what will happen to my child in the end’.” 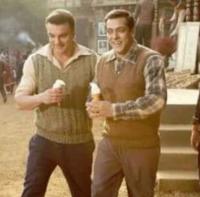 Once Sohail was asked if Salman is protective of his work as a brother on the sets, to this, he had replied, “He doesn’t get into that. Honestly, on the sets, we take care of him. As a production house, we check if he is comfortable, whether he should be relaxed, etc. And that is our job. We should make actors feel comfortable.” (Do Read: Chhavi Mittal Once Again Reveals Some Amazing Baby-Secrets, Shares They Can Feel Good Or Bad Touch) 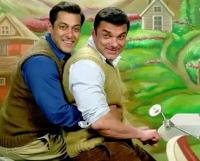 We can’t stop drooling over Salman, Sohail, Arbaaz and Alvira’s ‘sibling love’ photo. What about you guys? Do keep us posted!