'Nach Baliye 9' is all set to commence from July 19, 2019, and every latest update about the show is making us go haywire! Checkout if Salman Khan's ex, Sangeeta Bijlani will be one of the judges.

Work-life. Check. Love life. Check. Personal life. Check. When you put a tick to these three important boxes of life, you reach somewhere nearer to the terms ‘Life goals’. But as soon as you tick the boxes one-by-one, a gush of wind comes and erases one of the ticks and thereby preparing you for new life lessons. The same had happened with one the most controversial affairs of the 90s, Salman Khan and Sangeeta Bijlani. When people had thought that they will soon get to see the first glimpse of Salman and Sangeeta from their marriage, bang erupted their breakup reports. (Do Read: Deepika Padukone Wishes Two Very Important Survival Needs For Katrina Kaif On Her 36th Birthday)

Salman Khan and Sangeeta Bijlani were a hit couple of the 90s and as self-admitted by the former in a chat show, their wedding cards too were printed. But sadly, Sangeeta ended their relationship when she caught him cheating on her red-handed with yesteryear actress, Somi Ali. But even after they had parted ways, Salman and Sangeeta have maintained a cordial bond with one another. So much so, that on Sangeeta’s 54th birthday on July 10, 2019, she was seen celebrating her ‘big day’ with her ex-beau, Salman Khan, his current rumoured muse, Iulia Vantur and many others from the Tinseltown. Here’s a glimpse:

Salman Khan and his self-produced dance reality show, Nach Baliye 9 is eagerly awaited with bated breath by the audience. The unique format of ex-couples and current couples is already creating quite a stir in the media and we can’t wait for the show to commence! And that’s how we came across this Pinkvilla report, which suggested that Salman’s ex-girlfriend, Sangeeta Bijlani has apparently been roped in to be one of the judges on the show! A source had shared with the portal, “Last week, Salman Khan celebrated Sangeeta’s 46th birthday with style and great warmth at his Galaxy apartment in Bandra, along with some close friends like Sajid and Warda Nadiadwala, Dabangg 3 team, Prabhu Dheva, and co-actor Kichcha Sudeep, Daisy Shah, Mohnish and Ekta Bahl and Iulia Vantur. Since her move from Hyderabad to Mumbai, Sangeeta has remained in touch with Salman and his family and is very close to his sister Alvira Agnihotri. Salman is not just the producer of Nach Baliye 9 but extremely hands-on in the creative department. It was his suggestion that they rope in Sangeeta as one of the judges on the show. The show has an interesting format this time – it is not just about couples but ex-couples too coming under the same roof, exes who have moved on with their lives and are friends today and he and Sangeeta have remained on good terms. They are good friends and sometimes even work out together at the gym. Sangeeta is often spotted at most of Salman’s family events and is extremely close to the Khandaan.” About Nach Baliye 9, the source further added, “Interestingly, Salman himself in the latest NB9 teaser promised to reveal all his relationship secrets on the show. In the promo, he asks, ‘Kya Salman ki agli film hogi unke kisi ex ke saath? Kaun hai wo badnaseeb jo hai Salman ka asli pyaar? Soch raha hun ki apne har relationship se parda utha hi doon. (Will Salman Khan's next movie features his ex? Who's the real love of Salman Khan? This time, I am thinking of unveiling all my relationship secrets).’ While the other women he has dated, are married, Sangeeta is the only person, who has maintained amicable relations with him and both are single. While people know about his closeness to Iulia Vantur, officially they have not come out as a couple. Salman is also part of the premiere episode and has shot for it so the show promises to be an exciting one full of revelations! Will Salman and Sangeeta finally reveal what happened between them and why they broke up - only the show can tell!”

Isn’t that amazing? The launch of Nach Baliye 9 had begun in a unique way in the first week of July. This is how it had begun, "This season the audience will get to see a battle between the ex-couples and some current ones. The makers have kept all the contestants and shoot details under complete wraps--only revealing minimum possible details about the contestant. Likewise, they are looking at doing a unique launch to give a sneak peek to the live audience. In the coming week, three of the jodis from the show will be doing club-hopping in Mumbai suburbs roaming around the city in a Limousine. The makers have spent as much as Rs 4 lakh only for this launch, sourcing these high-end cars from outside Mumbai. This is the first time Salman is producing Nach Baliye and he has given clear mandates to the team that everything has to be larger than life. The partygoers in the city should be ready to get surprised by these jodis in the clubs this week." (Must Read: Vishal Aditya Singh Finally Reveals Reason Behind Breakup With Madhurima Tuli Ahead Of Nach Baliye 9) 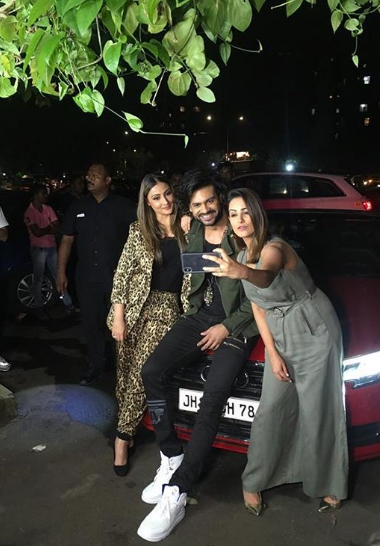 In a 2017 interview with the DNA, Sangeeta Bijlani had stated that she will make her debut on the telly screen only if she were to be approached as a judge. She had stated, “Television, yes, if it is as a judge on a show. If somebody came to me with that offer, I would take it up. I have started saying okay to things and I have started stepping out. And when you do that, automatically people start offering you work. I have been making appearances and stuff. I am enjoying it. I have got an offer for an ad too, so let’s see.” Looks like it is finally going to work out for Sangeeta! 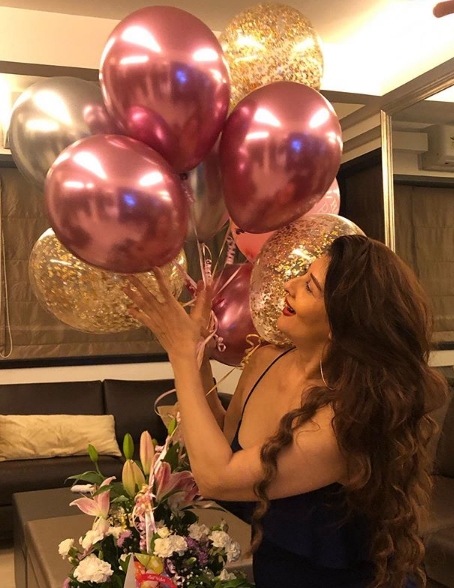 About the ex-couple, Salman Khan and Sangeeta Bijlani, in a 1993 interview with Stardust magazine, this is what India’s most eligible bachelor had shared about marriage, “Yes, I plan to marry. When the time comes I will. It could be to Sangeeta (Bijlani) or to anybody else." In the same interview, Salman Khan had opened up about himself as a person and had shared, ''I'm arrogant! I'm not intense. I am a terrible guy. I'm arrogant! I'm rude! I'm nasty...!'' 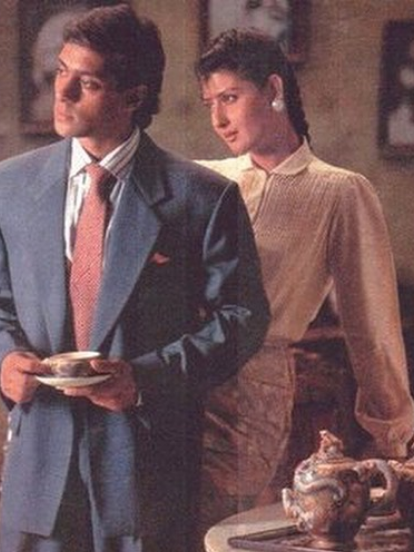 Salman Khan has a biography by the name of Being Salman, penned by Jasim Khan. Therein, it was mentioned, ''Salman & Sangeeta were planning to tie a knot on 27 May 1994, but suddenly the event was called off.'' Another leading portal had it about their wedding, “'The two had finalized their wedding dates too.'' Salman Khan, in a conversation with Karan Johar on his chat show, Koffee With Karan had confessed that he was almost about to marry Sangeeta Bijlani. He had shared, "The cards and all were printed." Predicting if he was caught by Sangeeta, Karan Johar had asked him, “Did she catch you?" and Salman had replied by stating, "Yeah kind of..." He had further added, “I get caught, I am stupid. I don't get caught often I lie nowadays. I just deny the whole thing, I just lie. I swear.'' And this is what Salman tells girls these days when asked about getting into a relationship, “I also tell people that if you want to get into a relationship right now, I'm not ready for any kind of serious commitment. I'm not the most correct person to be with the way I'm right now." (Also Read: Anita Hassanandani Reveals She Will Plan A Baby With Husband, Rohit Reddy Post 'Nach Baliye') 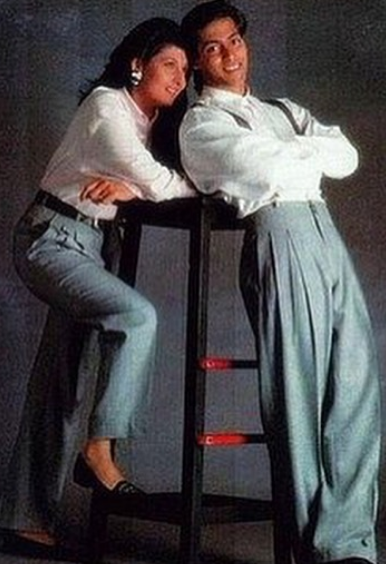 Guys, how excited are you to find out if Salman Khan produced Nach Baliye 9 will have Sangeeta Bijlani as one of the judges? Stay tuned!