Undoubtedly, Salman Khan is the most eligible bachelor in the Hindi film industry. His billion fans always have one question in their minds- “When is bhai going to get married?” But it seems that Salman is in no mood to get married anytime soon. (Also Read: 7 Bollywood Divas Who Dated Salman Khan, The Most Eligible Bachelor Of Bollywood)

We all know that Salman has dated many actresses from Bollywood and even girls from outside the industry. From Sangeeta Bijlani to Aishwarya Rai, from Katrina Kaif to Iulia Vantur, all his fans know the list of women Salman ever dated. But none of his relationships ever come close to marriage, except for Sangeeta Bijlani (more of this story later). 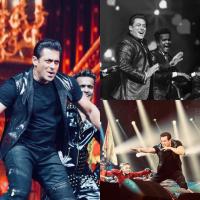 Now, in an old video which has surfaced online which is taking the internet by storm, we can see Salman Khan praising the actress, Juhi Chawla and calling her ‘sweet’ and ‘adorable’. But what’s eye-catching is that he confessed in the video that he once asked Juhi Chawla’s father if he would let her get married to him. Salman can be quoted as saying, “She is very sweet. Adorable girl. I toh asked her father if you will let her get married to me. He said 'no'”.

On being asked why did Juhi’s father deny the proposal, Salman replied, “Don’t fit the bill, I guess”. He further added, “Pata nahi kya chahiye unko (I don’t know what he wants)”. Take a look at the video here:

As you can see in the interview, he said, “Juhi doesn’t want to work with me”. For those who do not know, Salman and Juhi have never worked together in a film. Juhi just had a cameo role in Andaaz Apna Apna starring Salman Khan and in that too, she didn’t share the screen with Salman. (You May Like: Sridevi In A Throwback Interview: It Would Give Me A Greater Joy To See Janhvi Married)

On Karan Johar’s talk show, Koffee with Karan, talking about Salman, Juhi had once said, “Sometimes I've run into him - earlier, things may have improved now - and he'd just look at me as if he didn't know who I was. I really didn't know what was going on in his mind”.

In another interview in 2014 before the release of Gulaab Gang, Juhi had expressed her desire to work with Salman. To the IANS, she was quoted as saying, “I hope I get to work with Salman…he will not work with me because he hasn’t in all these years (laughs). I don’t see that happening. But I never thought I will be working with Madhuri, so you never know. I would love to do anything which is justified on papers”.

Speaking of his marriage, in 2016, he had revealed that he doesn’t want to get married but definitely want kids. He was quoted as saying, “Marriage looks doubtful but I want two-three children. I know without marriage kids are difficult to get, but I will manage it”. (Suggested Read: Throwback Video Of Kareena And Saif From An Award Function, When She Royally Ignored Him) 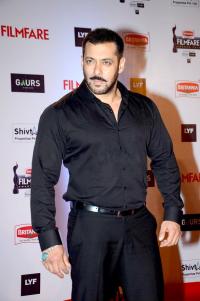 And a year later, nothing changed in his statements and revealing his reasons as to why he wants kids, he quipped in an interview, “No I don’t feel that time is running out… but I am sure when I am 70 and my child is about 20, then I’d feel it. The only reasons I’d want to have a child right now or in the near future, say in two or three years, is because I’d want mom and dad to see my child”.

Well, we can’t wait for Salman Khan to announce the arrival of little munchkins in his life, Guys, do let us know your reaction on watching Salman Khan confessing that he once wanted to marry Juhi Chawla, in the comments section below.