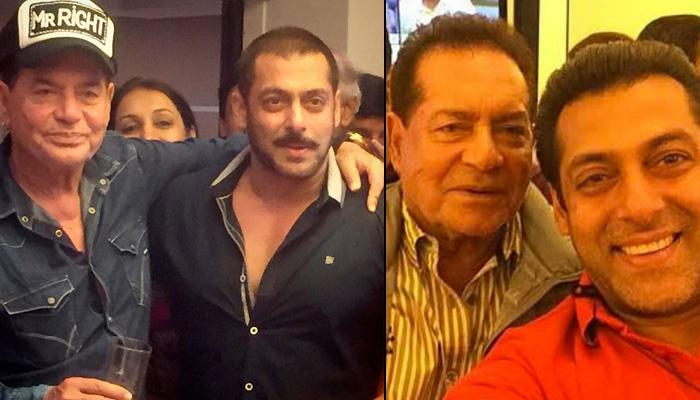 There is no denying to the fact that Bollywood bhaijaan, Salman Khan is a complete family man and is extremely close to his parents, especially his father Salim Khan. It seems like more than of a father-son relationship, Salman has a ‘friend like camaraderie’ with his dad, Salim. Despite being on a professional good phase, Salman is always surrounded with questions related to his girlfriends, relationships and marriage, which he dodges skillfully. (Also Read: Salman Sings 'Jab Koi Baat Bigad Jaye' On His Parents' Anniversary, It's The Best Gift From A Son)

Meanwhile, on the sets of his game show, Dus Ka Dum, Salman asked the celebrity guests, "How many percents of Indians are scolded by policemen for romancing in public?” Before the contestants could answer, Salman revealed that his father Salim Khan preferred him spending some quality time with his girlfriends at home rather than in public spaces. Father goals, no? (*wink wink*)

Bharat actor, Salman Khan stated, "These couples are helpless as there are around 8-10 people in a small house. These youngsters cannot afford to book a hotel as the society takes it in another way. My father gave me a clear-cut instruction when it came to girlfriends. He gave us the permission to spend time at home rather than roaming around the city." 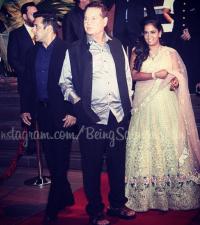 He further continued, "The same instruction was applicable to my sisters as well. If they have any good man in their life, they should first tell their parents and not hide anything from them. He has given us the right to take the decision on whom to marry and whom not to marry." Salman Khan was earlier in a serious relationship with Aishwarya Rai Bachchan and Katrina Kaif. He was later rumoured to be dating Romanian playback singer, Iulia Vantur. (Also Read: 7 Bollywood Divas Who Dated Salman Khan, The Most Eligible Bachelor Of Bollywood) 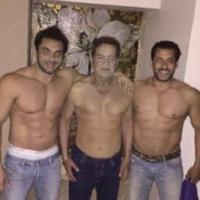 Salman recently shared a throwback snap of his ‘hamsommest’ daddy on his social media handles, and wrote, “My daddy the hamsommest!”. Well, we all agree with Salman! While we can’t take our eyes of this Teesri Manzil’s handsome man, Salim Khan, it’s hard not to notice the striking resemblance between the father and the son. Now we know from where Salman got his good looks from! 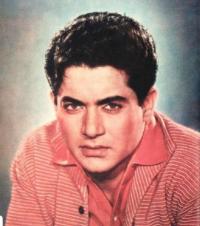 In an earlier interview with Hindustan Times, Salim Khan shared an advice for his son, Salman, and said, “I have always told him never to get excited with success or depressed with failure. Success is not a permanent phase, and everyone keeps growing older. Today, a Salman Khan film promises wholesome entertainment and he has to deliver each time.” 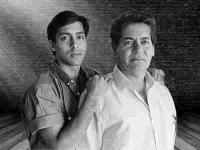 About the death threat encounters of Salman, Salim shared to Mid-Day, "There is added security for Salman, who has, in any case, always had a good team of security personnel deployed for him. It [threat] is not much of a concern [for the family]. We are only worried about his safety, and that is being taken care of. We have faith in the Mumbai police, and they are doing their job well." He went on to say, "This is not the first time that Salman has encountered threats. Everyone is concerned about safety, but work can't stop." (Also Read: Salim Khan's Love Life: After Breaking Stereotypes, Happily Lives With Two Wives Under One Roof) 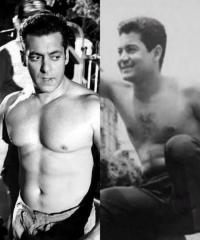 Don’t you think Salim Khan is one of the coolest dads of B-town? Do let us know in the comments section below!

One of the greatest names in the history of Indian cinema, a man of sheer brilliance and the one, who had introduced us to the magic of screenwriting like never before. The master, the myth, the legend, Salim Abdul Rashid Khan a.k.a., Salim Khan. There's hardly anyone in this country,