Unseen Picture Of Taimur Ali Khan With Daddy Saif Ali Khan, When He Was Just One Day Old

Unseen Picture Of Taimur Ali Khan With Daddy Saif Ali Khan, When He Was Just One Day Old

Babies bring unparalleled happiness into our lives, without a doubt. That is exactly why we call them ‘bundles of joy’. And, to be blessed with a new person into one’s family is the greatest joy one can experience. And we are glad that our very own Saifeena were showered with this blessing in December 2016, in the form of little munchkin, Taimur. 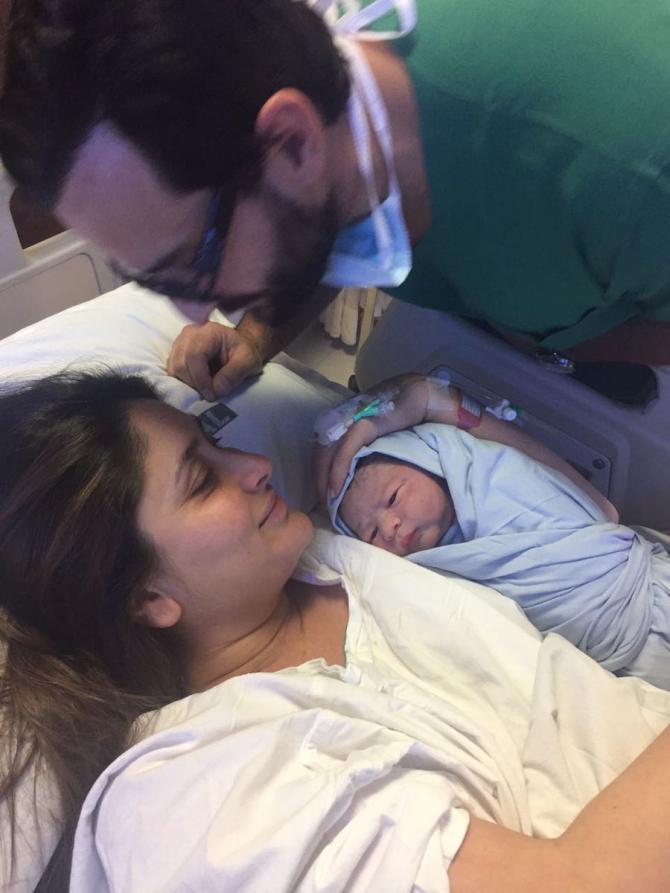 Saif Ali Khan and Kareena Kapoor Khan were blessed with a cute little baby boy on December 20, 2016. The little one was uniquely named Taimur Ali Khan Pataudi by his royal parents and he soon became an internet sensation for his cute looks and stylish shoes. So, after they brought little Taimur back to their abode in Bandra, Saif Ali Khan took a month-long paternity leave from work to enjoy some quality time with his baby, Taimur and wifey, Kareena. He was on cloud nine after becoming a father to this little cutie. 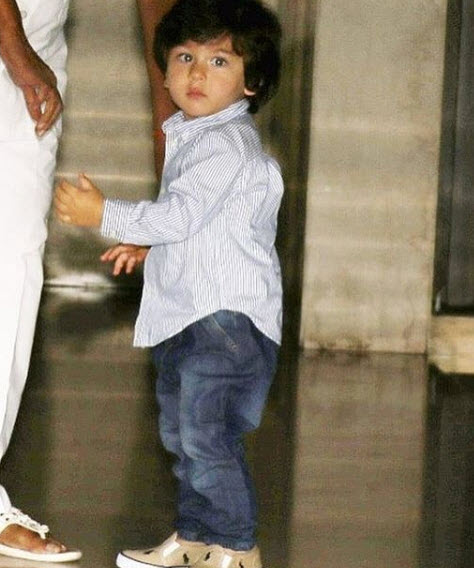 Taimur will soon turn two. On his first birthday, Kapoors and Pataudis had celebrated Taimur's birthday in an intimate way, with only family members in attendance. While talking to a popular news daily right after the birth of Taimur in 2016, Saif got candid about Taimur, and how he feels about becoming a dad at the age of 46. In fact, he feels like this is the best time to become a father. Here is what he said about this last year: 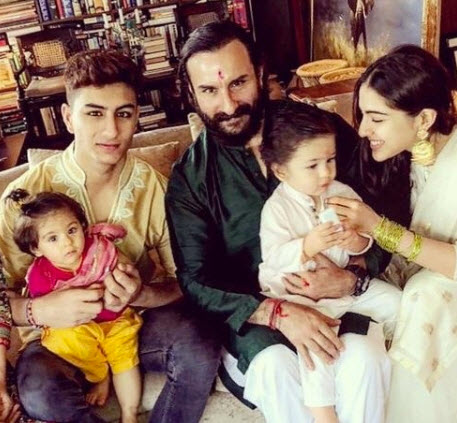 “It is nice to share your life with another child..There’s a difference (as compared to when Sara and Ibrahim were born) in the sense that I am clear about what my age is and what their age is, and I am not going anywhere. Sara is so much closer to my age, while Ibrahim is a young teenager. So, now, 14 years later, it feels nice to have a kid” When asked about being a hands-on father to little Taimur, here is what he replied:

“I just read a saying that goes like this- ‘You never step your foot in the same river twice’, because it’s always moving. Even we are like that. We keep changing. Of course, I know how life changes (after the birth of a baby). So, I will not be stressed because I know exactly how it is going to change and I am ready for that. Children also bring some discipline and control into your life. So, yes, there will be late nights, but they will be more controlled. So, I am looking forward to that.” 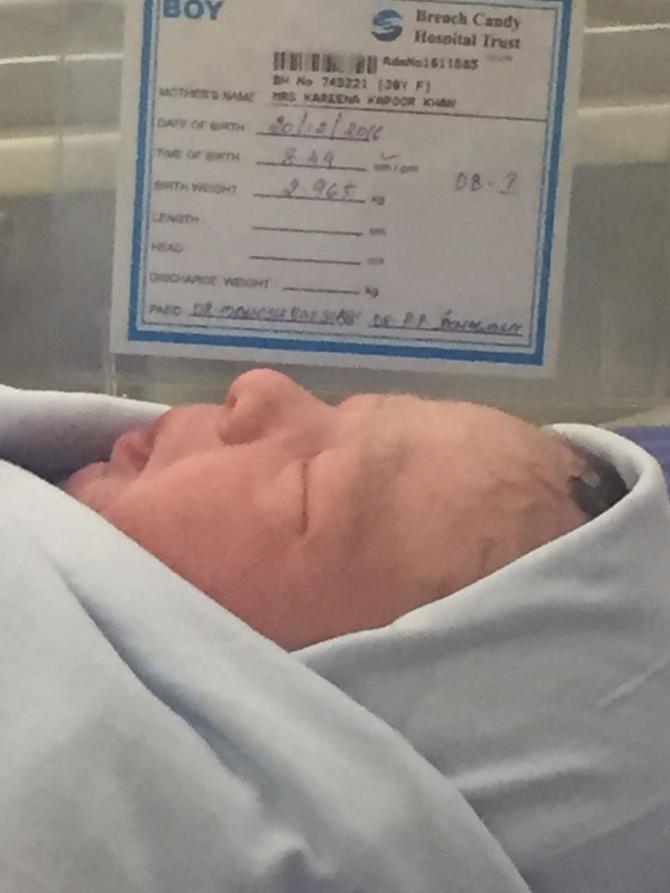 “I want to bring up another child, and teach him things and have our thoughts, hopefully, passed on through him. You always like to pass on things. In the same way, what does Pataudi Palace stand for? It is the continuation (of family values). For me, life is all about a creative job, friends and hopefully family. These are important things in every possible way. It would be fantastic to tell them Indian stories, such as the Ramayana, the Mahabharata; the Greek stories of Hector, The Odyssey, and Achilles, as well as teach them about poetry and art. It will be nice to have a kid who knows all that. I’m looking forward to doing it. But there’s no pressure if he(Taimur) says, ‘Dad, I don’t want to know all this stuff’, and I’m sure he will say that.” 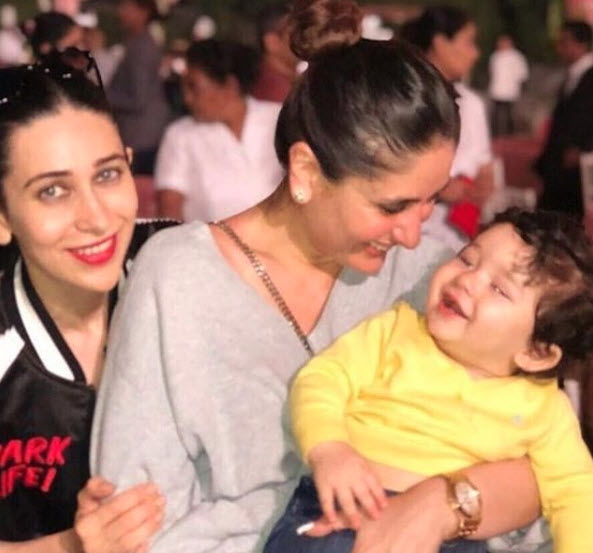 He is a real sweetheart! And a very sorted man. We can be outrightly sure that he will be a great father to the little one, just as he has been to Sara and Ibrahim, but with more experience now. He also talked about his beloved wife Kareena. When asked about how she said she will be on her toes just one month after the birth of their child, he said:

“I don’t think she was ever off her feet. She has been on her feet throughout. She is driven and likes working. She loves going for dinners and socialising. She likes snow, fireplaces and travelling. We’re very similar, except she works harder. But that’s not true this year. I have been very good. Bebo understands balance very well. Sometimes, she manages to finish shooting a film and we don’t even miss her at home.”

You Might Like: 'Baaghi 2' Co-Stars Tiger Shroff And Girlfriend Disha Patani Break All Ties, Reason Revealed Inside Saif was also quizzed about his elder daughter Sara entering Bollywood and how he feels about that. Saif gave a very smart answer, which is a life lesson in every way:

“As a father, you wish for a nice, stable life (for your daughter) with a good guy, a nice cottage with a white picket fence, Christmas parties and all that. But that’s a fairy tale; it doesn’t exist. The reality is that you should be self-sufficient and not depend on anybody for anything in life.” 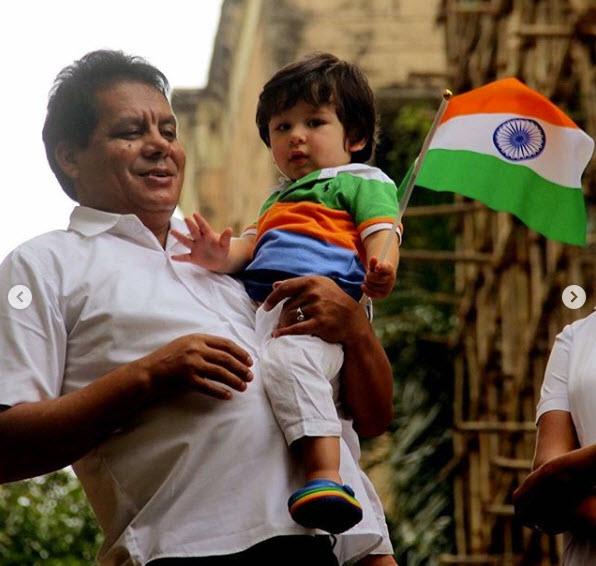 Recently, scrolling through the old pictures of Taimur, we got our hands on a throwback and unseen picture of Taimur from the day he was born. This picture has newborn Taimur, daddy Saif, and uncle Kunal, posing for the camera. Take a look at the cutesy picture: 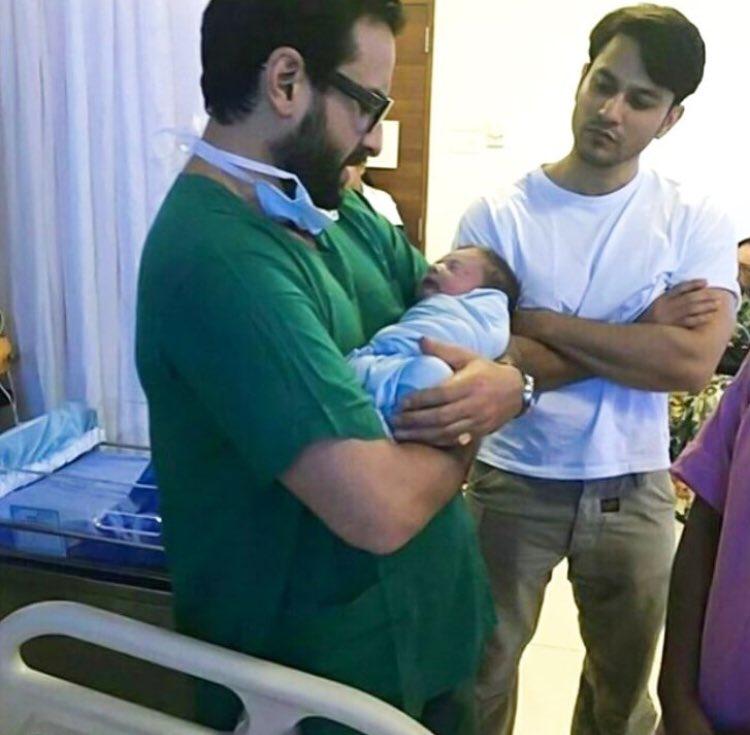 The way Saif is holding Taimur in his arms is nothing but pure love. We just can't get over this little munchkin and all his pictures. We can't wait to see another picture of Saif and Taimur in one frame! All you guys, stay tuned for more updates on this cutie patootie.

Next Read: INR 1.3 Crore Jeep And A Royal Personalised Bag Having His Own Initials, Taimur Is A Swagger Baby 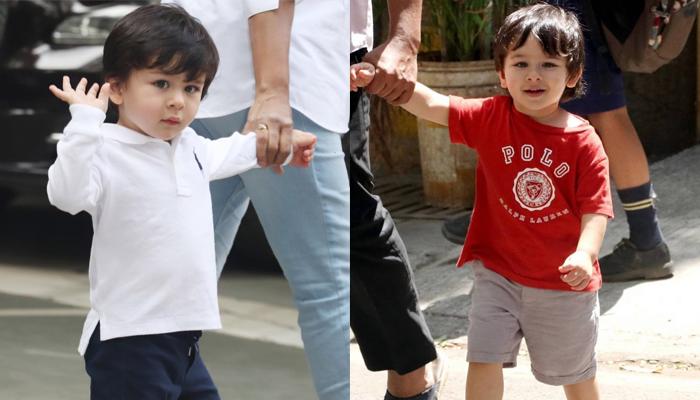