In an interview, abba Saif Ali Khan has shared that Taimur Ali Khan's favourite game is pretending to be paparazzi and saying 'khichik khichik khichik'.

When Kareena Kapoor Khan and Saif Ali Khan embraced parenthood on December 20, 2016, little did they know that their newborn is going to be a sensation on social media. When Taimur Ali Khan was born, he had created brouhaha on the internet because of his name, and the chote nawab still has the power to stir your emotions with his one picture or video. Taimur Ali Khan has become synonymous with ‘social media’, ‘shutterbugs’, ‘stardom’ and ‘fame’ in barely 2 years. From getting clicked exiting his house to making his nanny famous, the 2-year-old is bread and butter of many families in India. (You May Like: Isha Ambani Piramal Steals The Show Wearing A Feather Gown And Chunky Diamonds At Met Gala 2019)

Taimur Ali Khan aka Tim, as he would like you to call him, is the centre of Mumbai’s celebrity culture, and various media houses stationed in other parts of our country wait for his one pic and video, to make headlines on his name. Wherever he goes, paparazzi follow and by abba Saif Ali Khan’s own admission, they apparently get paid Rs 1500 for one photo of Taimur. 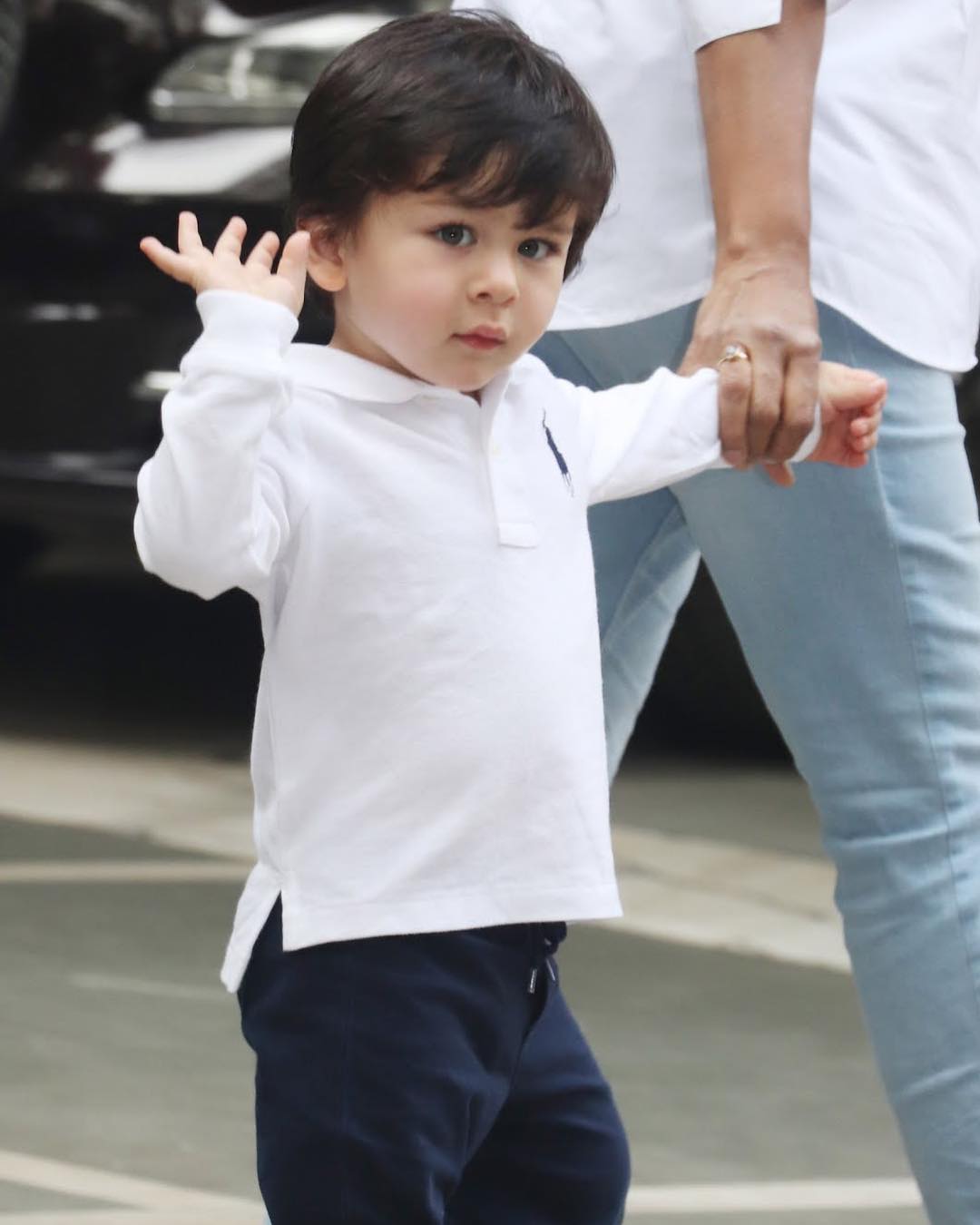 With such fame and being a social media star, Taimur Ali Khan is on every media person’s questionnaire who interviews Saif Ali Khan and Kareena Kapoor Khan. And when Saif was interview by the Hindustan Times recently, the doting father was asked to spill some beans about Tim’s life. Saif Ali Khan shared with the media house that Taimur’s favourite game is to pretend to be paparazzi and say, “khichik khichik khichik.” The Sacred Games star was quoted as saying, “Timtim is more media-savvy than either me or Bebo (Kareena Kapoor Khan). He calls the photographers 'Mediawale'. He thinks Mediawale is a name! One of his favourite games is to point my camera at people. He will say 'khichik khichik khichik' and pretend to be 'Mediawale'!” 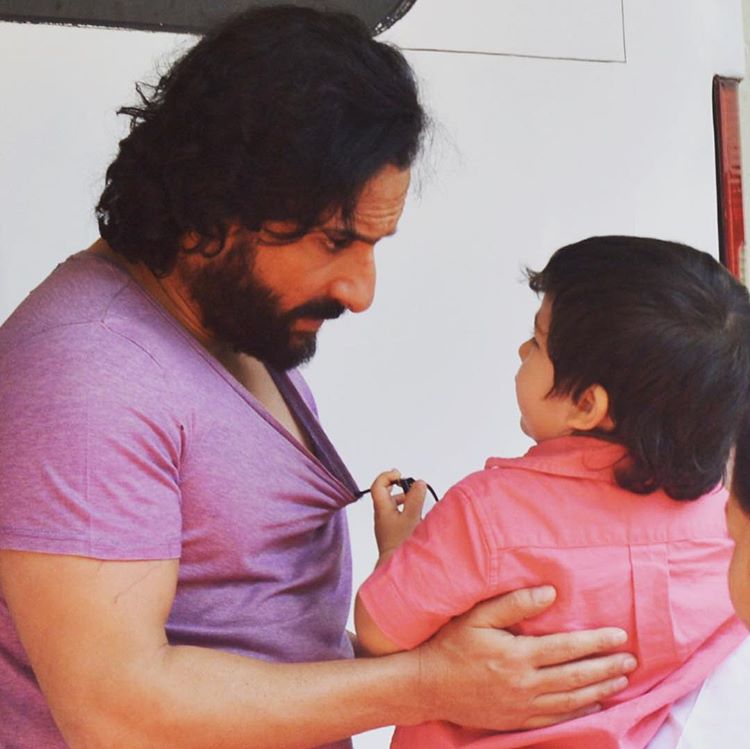 Saif Ali Khan has always given the media people interesting scoops about Taimur Ali Khan. Remember in 2017, just after Taimur's first birthday, abba Saif had revealed what’s Taimur’s favourite food? He had then shared, “At the moment I think it’s mashed pear (nashpati) and carrot. The first time he ate solid food after milk was quite an adventure. We gave him dal and mixed potato and he was like ‘hmmm, not bad’. It is fun to feed him.” We hope that the Pataudi khandaan ka chiraag still devours pear and carrot! Saif had also revealed how a day for Taimur looks like. The Bazaar actor had retorted that Taimur’s day starts with bhajans, “Taimur, incidentally begins his day by listening to aarti. It’s his nanny’s idea. And if I return by 8 pm and he is awake, we spend another 20 minutes together. He begins his day with bhajans and ends his day by listening to Chopin and Tchaikovsky. Other than that he just, burps and farts all day, just like me. (laughs).” (Don't Miss: Katrina Kaif Reveals Ex-Boyfriend Ranbir Kapoor Has A Fake Instagram Account To Stalk People) 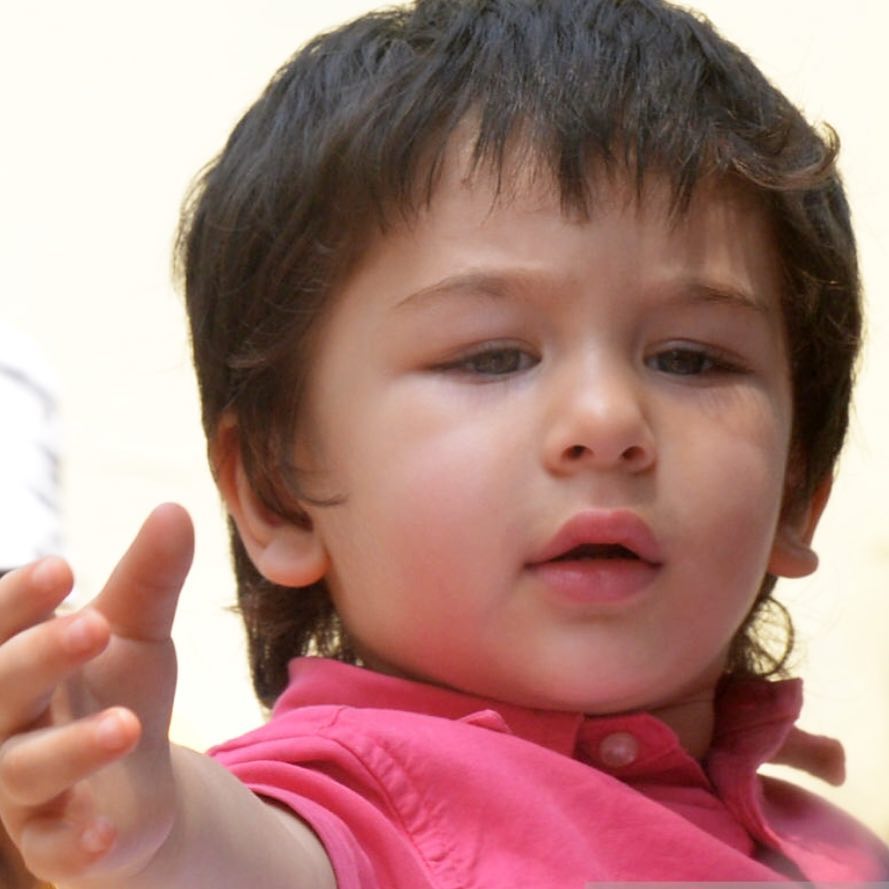 Kareena Kapoor Khan was recently interviewed by film critic, Rajeev Masand. The gorgeous mommy had shared that Taimur is very naughty and has started picking up things. Bebo had told Rajeev, “He's a terror, he's very naughty, and he’s exactly like his father. Now he's going through this phase where everything is 'Mama don't laugh, Mama don't cough, anything you're doing Mama don't do this.' Because we are like Taimur don't do that, so he's picking up and telling us." Saif Ali Khan had recently told the media people not to stalk Taimur Ali Khan as he is not any star. Commenting on Saif’s stand, Kareena had shared with Rajeev Masand, “I just feel it's a confusing thing, of course, I don't want him to get used to the fact that he's getting clicked and now he understands. But he's so innocent because he's been told to say hi and hello to everyone. They are saying hello, they are polite, they've been polite and at a distance, but yes, there's a constant kind of movement.” 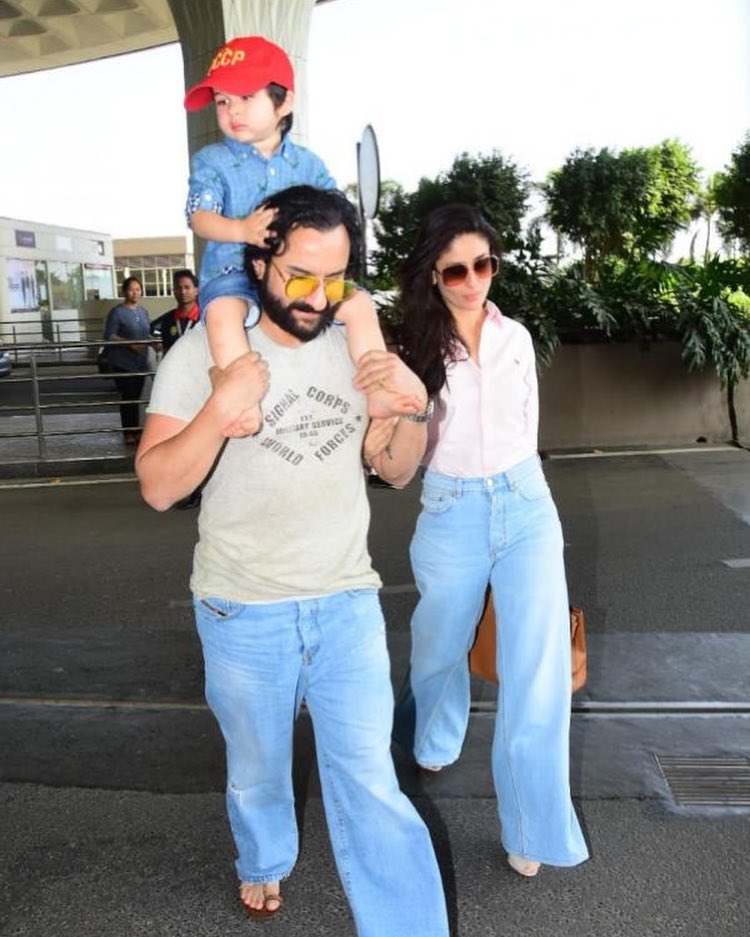 Kareena Kapoor Khan had also shared that as parents they (Bebo and Saif Ali Khan) are scared because of the media’s obsession with Taimur Ali Khan. The 38-year-old actress had said, “I don’t like that at all, neither does Saif. As parents we are scared. I’d want my son to grow up as normally as possible. Saif’s even more particular about this. He wants Taimur to grow up, away from the eye of the paparazzi and the film scenario. Because Saif himself didn’t grow up in a filming atmosphere, although his mother was an actress. His father (the late Mansoor Ali Khan Pataudi) as we know, belonged to the cricketing world. But in today’s time, it’s tough. But I do wish he didn’t get photographed as much.” (Also Read: Parth Samthaan Makes Erica Fernandes' Birthday Special In Mussoorie, Rubs Birthday Cake On Her Face) Taimur Ali Khan’s favourite game pretending to be ‘Mediawale’ and saying ‘khichik khichik khichik’ is too adorable! Share your views! 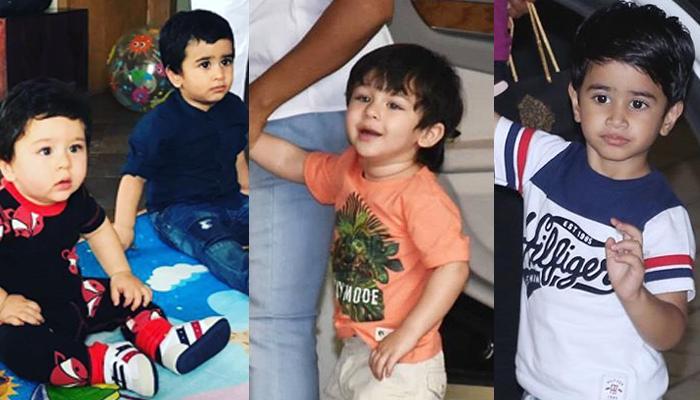