Saif Ali Khan, in an interview has approved daughter, Sara Ali Khan's relationship with her 'Aaj Kal' co-actor, Kartik Aaryan amidst their breakup rumours. Scroll down to know more. 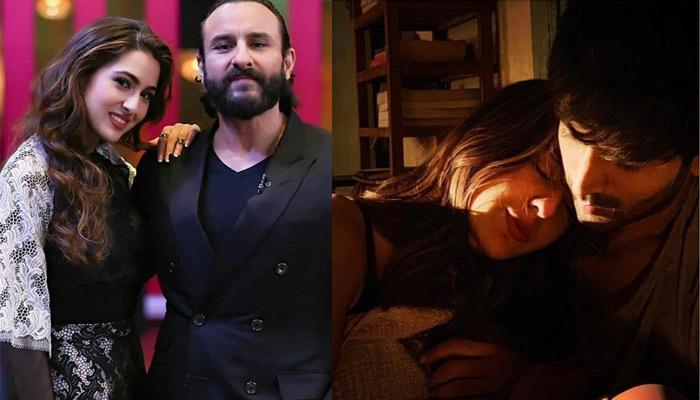 When you are in a relationship, you will make all the efforts to make everything beautiful and memorable for your special someone. You will not mind going some extra miles to plan a surprise for your partner, which he/she will cherish for the entire life. In difficult situations, we try to stick with our partners and face things together. A relationship is all about teamwork and efforts made together. Our B-town celebs are not far behind in giving us some major relationship goals. Some choose to hide their relationship from the media glare and some come out in open to confess their relationship.

When our millennial diva, Sara Ali Khan had made her debut on Karan Johar’s show, Koffee With Karan season 6, it was not only her looks which had caught our attention, but also her witty replies. Sara was accompanied by her father, Saif Ali Khan on the show and during a 'Rapid Fire' segment on the show, Karan had asked Sara, "An actor you would like to date?" But before the Kedarnath actress could answer the question, Karan had said, "You've already said that" hinting at Sara's previous answer, where she had mentioned that she wishes to marry Ranbir Kapoor. But much to Saif and Karan’s surprise, Sara had replied to his question, "I want to marry Ranbir Kapoor. I don't want to date him. I want to date Kartik Aaryan." To this, Karan had retorted, “I’m sure he wouldn’t mind dating you. Should I take the proposal?” The excited Sara had agreed, “Tell him, na!” when probed if she likes Kartik's big hair and Sara had answered with a “Yeah!” (Recommended Read: Yuvika Chaudhary Receives 'Sargi' On Karwa Chauth From Prince Narula's Mother, Asha Narula) 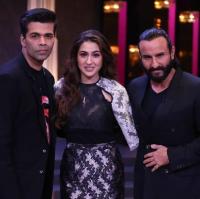 The duo, Sara Ali Khan and Kartik Aaryan have never confirmed their relationship but their off-screen chemistry has been loved by all their fans. And speaking to ETimes, Sara’s father, Saif Ali Khan finally approved of their relationship and said, “In person Sara is good, she knows what she wants and usually likes nice people. So I'm sure he's (Kartik) a lovely guy because you know I have full trust in her values and what kind of things she would be drawn to. So, you know, if she likes him, then he must be nice.” 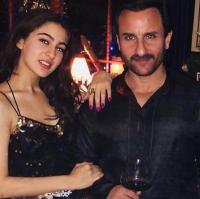 When we saw Kartik and Sara together for the first time, we were blown away by their chemistry and we had secretly wished for them to start dating. The duo will be sharing the screen space in Imtiaz Ali’s Aaj Kal for the first time and soon after the shooting had begun, there were rumours that the duo is secretly dating each other. And before the couple could officially announce the news, a recent Mumbai Mirror suggests that the duo have parted ways due to work commitments.

As per the report, Sara and Kartik were struggling to find some time together amidst the work schedules. Kartik is extremely busy shooting Bhool Bhulaiyaa 2 and will also be working on Dostana 2. On the other hand, Sara is working on Coolie No 1. Hence, as per the report, Kartik and Sara were finding it tough to catch up with each other. A source told Mumbai Mirror that the two tried hard to squeeze in ‘we time’ post the wrap up of their movie, Aaj Kal. However, it wasn’t possible and hence, they have decided to call it off. (Suggested Read: Surveen Chawla And Hubby, Akshay Celebrate Daughter's 6-Month Birthday, First Family Picture Out) 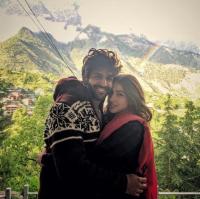 The rumoured couple has never accepted their relationship in open, but their chemistry has sparked the gossip mills. In an interview with the Hindustan Times, Kartik had revealed his relationship status, “Well, I want to tell you the official status. My relationship has no status. I am very much single. Ab main kya bolu. I feel it's a good thing that they (female actors) are giving me so much attention. I am blushing and I am happy and enjoying it.” He had also talked about falling in love, and had stated, “I want to find true love. I believe in marriage and I really hope that I find someone. I am that kind of guy who wants to fall in love and get married.” 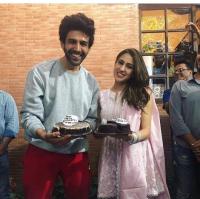 Sara Ali Khan too, had maintained the same stance. During a chat on Famously Filmfare, Sara had elaborated that she isn't dating Kartik. In fact, when she was asked about Ananya Panday and her remarks on Kartik, Sara had replied, "Finding him cute is a very personal, it's a very one-on-one thing. When I say one-on-one, I mean me and me. It's a Sara-Sara thing. So how does it matter if he finds some other person who names starts and ends with A cute? That's good for him and her."

In another interview, Sara had said, "If you knew all the thoughts, I have but don’t do anything about, I promise we would get over this Kartik Aaryan thing." Ananya Panday and Kartik Aaryan were also rumoured to be dating and in a media interaction, Ananya had said that there is no love triangle between her, Sara and Kartik. She had said, "There is no triangle! I think, me as a person, I am so young. I'm 20 and it's normal to have a crush. I'm very open about my feelings and I'm very open about the people I have crushes on. But I'm so young, I think my crushes change also all the time. So, I think it's just fun, everyone is having fun." (Also Read: Neha Dhupia Hasn't Decided Whether To Fast Or Not On Karwa Chauth, Says Hubby Angad Confused Her)

Well, we can't wait for the duo to refute the news of their breakup and save us from heartbreak!