After beautiful damsels from Bollywood namely, Anushka Sharma, Sonam Kapoor and Neha Dhupia, there is a television diva who will be legally taken very soon. The mention is of none other than Choti Bahu – Sindoor Bin Suhagan fame actress, Rubina Dilaik. The Shakti — Astitva Ke Ehsaas Ki actress is all set to tie the knot with famous television actor, Abhinav Shukla on June 21, 2018, in Shimla, Himachal Pradesh. Just a few days before the big day, Rubina talked at length about her wedding. (Check Out: Anushka Sharma And Virat Kohli's Picture With A Puppy Is Sure To Take Away All Your Blues) 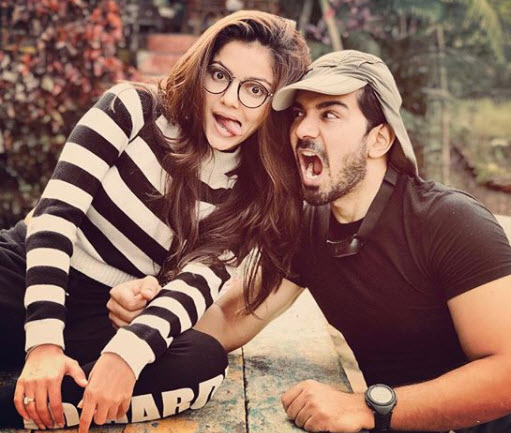 Talking about striking a balance between their personal and professional lives, Rubina said to Hindustan Times, "We have to balance our personal and private lives right now and we are living up to it." Topping it all, Rubina shared that she and Abhinav will be exchanging seven more vows after their traditional wedding ceremony. And they have kept these vows secret from each other. Interesting, isn’t it? This is what Rubina Dilaik retorted in an interview, "I am feeling neither nervousness nor excitement, as the preparations for the wedding and my ongoing TV show shoot schedules have left me numb (laughs). Coordinating things is very difficult. I have hardly slept for four to five hours a day in the last one-and-a-half months. Abhinav and I have decided to exchange seven vows after the traditional wedding. I have written mine and I hope he has too.” (Don't Miss: Newly-Weds Neha Dhupia-Angad Bedi Celebrate One Month Anniversary, Share Romantic Messages) 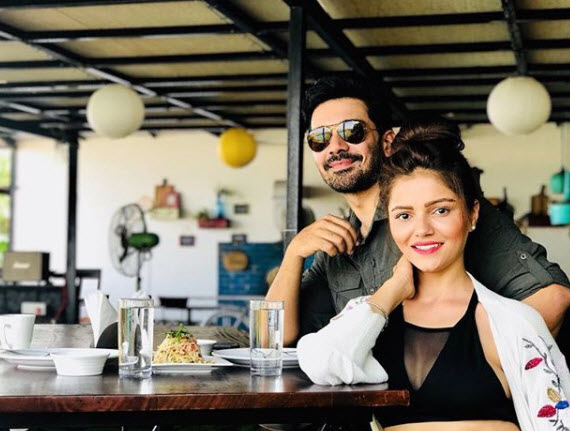 She further added, “We have kept them secret from each other. Those vows are a new addition to our wedding and I can’t wait for that moment. Abhinav and I will surprise each other. We believe in Indian traditions and have always wanted the whole nine yards, including all the rituals and functions. I am not focusing on the buzz yet. I understand that as both of us are public figures, anything and everything we do is talked about. But we also try to keep our personal lives as low profile as possible.” Not just this, there is one more interesting thing related to Rubina and Abhinav’s wedding. The couple will be tying the knot in a Raj Kumar Uday Singh’s heritage palace in Shimla. It is like her dream come true that she is getting married in a palace, which she has always thought of since childhood. Also, the media is invited to the wedding, though the ceremonies are going to be a completely private affair. (Must Check: Karan Johar's Mom, Hiroo Johar Turns Storyteller For Her Grandkids, Yash And Roohi, Watch Video) 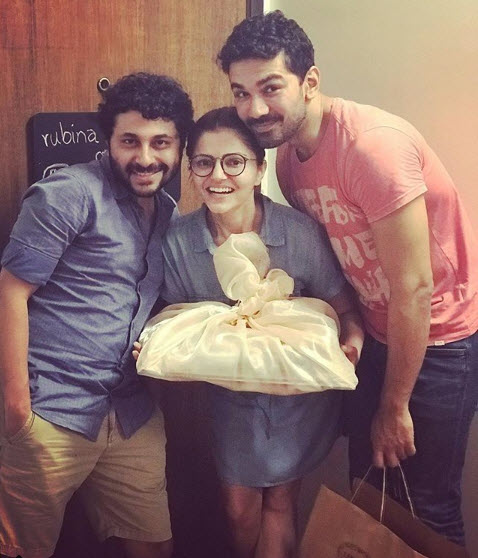 Talking on the same lines, Rubina quipped, "To keep the wedding a private affair, we will have the functions in a palace in Shimla, away from the media. Our families will also be more comfortable without the media around. However, we will invite the media and our friends to the reception in Mumbai. I always wanted a fairy tale wedding and wanted to get married in a palace, and I am glad that this dream will come true. It is a privilege and an honour that Raj Kumar Uday Singh said that they would love to host the wedding at the palace. It is a beautiful heritage palace that has stood since the time of the British rule." 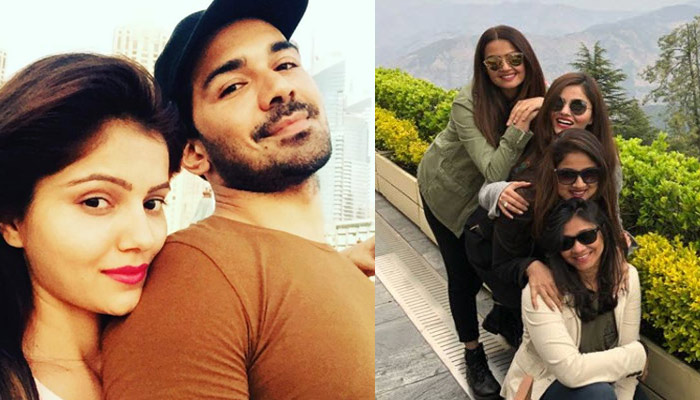 Revealing the details about their starry receptions that the lovebirds are going to host, Dilaik revealed that there will be two receptions – one in Ludhiana and the other in Mumbai. The bride-to-be was quoted as saying, "I will be taking ten days off, which includes travelling. It is not enough. It will be hectic, as travelling to and from Shimla will take three days, and then we have the wedding functions for five days. Later, there will be a reception in Ludhiana, Punjab, followed by one in Mumbai."

We wish all the luck and happiness to this lovely couple, Rubina Dilaik and Abhinav Shukla. All your fans are eagerly waiting for the grand wedding and so are we!

NEXT READ: Deepika Padukone Will Shift To Her 'Sasural' After Marriage With Ranveer Singh Shakti-Astitva Ke Ehsaas Ki lead actress Rubina Dilaik and Silsila Badalte Rishton Ka fame actor, Abhinav Shukla are on cloud nine these days. The two have recently entered the holy bliss of matrimony and are enjoying every bit of their marital journey. Rubina and Abhinav said ‘I do’ to each