It has hardly been 2 months since Bigg Boss 12 got over and we already can’t wait for the last quarter of the year to come, so that we can witness another bandwagon of interesting celebrities and their fanatical activities. Over the years, India’s most controversial reality show has been a witness to many lifelong friendships, head-over-heel romances and breakups thereafter, marriages and some one-sided love, speaking of which reminds us of BB 12's Rohit Suchanti and Srishty Rode’s 'friendship'. (Do Read: Dipika Kakar And Shoaib Ibrahim Gift Themselves A Luxury Car On Their First Wedding Anniversary)

If you happen to retrospect about their ‘close camaraderie’ inside the house, Rohit had always dropped subtle hints towards his liking for the Choti Bahu actress. Be it mentoring him when he did something wrong, giving him tips to stay strong inside the house, complementing Srishty every now and then about her smile, admit it or not, we all wanted to see if Rohit’s liking towards Srishty will blossom when they get out. While we aren’t sure if a potential relationship is on the spree, but looks like Rohit has finally made up his mind to profess his love for Srishty Rode.

In a recent interview with Bombay Times, Rohit finally confessed his love for his once Bigg Boss co-contestant. Commenting on her breakup and his feelings towards her, the 22-year-old actor shared, “There were issues in their relationship even before she entered the house. They split owing to their differences and I have no role to play in that. It’s easy for people to assume otherwise. No one ends a relationship of four years for a guy she has known for a month. Yes, my feelings for her were evident inside the house, but she never reciprocated. She told me about the split when I called her soon after my eviction from the show. She was extremely sad, and I tried to calm her as a true friend. She is still hurting and trying to come to terms with it."

He had also shared, “I dropped many hints inside the house, but could never muster the courage to tell her directly. I genuinely like her and feel it’s about time I confessed my feelings to her. I don’t know what her reaction will be. When I was inside the house, people pointed out the five-year age gap (he is 22) between us, but that has never deterred me. Love knows no such barriers. Srishty has the prettiest smile and I appreciate the way she handled me inside the house. She was my strongest support She was the first girl I interacted and connected with on 'Bigg Boss'. I don’t want to keep my feelings to myself and I don’t care what people have to say about us. It will be between us. I am excited about confessing my feelings to her, but I don’t know what her reply will be." (Must Read: Kareena Kapoor Khan Had The Most Shocking Answer When Asked About Keeping Balance With Amrita Singh) 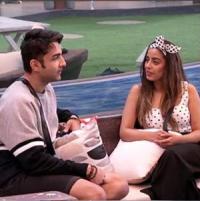 While we bet you might be interested to know what would Srishty's reply be, a recent Instagram picture and its caption is sure to provide some answer for Rohit. Srishty posted a beautiful picture of herself, and captioned it as, "You can’t change how people feel about you, so don’t even try. Just live your life and be happy." While we were still speculating if that was a much needed answer for Rohit, their Bigg Boss 12 co-contestant, Karanvir Bohra didn't fail to take a dig at Rohit and commented, "So there is your answer @imrohitsuchanti (I think) Do I smell #jhonnylever bells from the movie #humhairahipyaarke”. Replying to which, Rohit shared, "@karanvirbohra ek tarfa pyaar ki takat hi kuch aur hoti hai KV BHAI aap nhi samjhoge. Was that quote for me though @srishtyrode24?" Want to take a look at the pictures? Here you go! 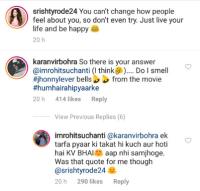 Srishty was earlier in a relationship with Pavitra Rishta actor, Manish Naggdev. While everyone began New Year 2019 on a happy note, rumours had it that soon-to-be engaged Srishty and Manish have called-off their engagement. Confirming their breakup with SpotboyE, Manish had revealed, “Srishty and I are not together anymore. I don’t wish to give a reason because there is none in particular. All I can say is, minor disagreements and difference of opinion led to it. We were expecting different things from each other.” 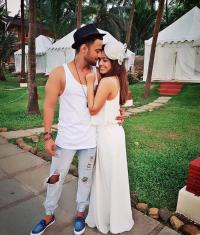 He further added, “Around three weeks ago, we realised that things were not working out as expected. So, we discussed the future of our relationship and decided that it was better to part ways. I have immense love and respect for Srishty and I will always cherish the time spent with her." Manish had also clarified that Rohit Suchanti wasn’t the reason behind their breakup and stated, “Our relationship hasn’t ended because of a third party, as many seem to have assumed. These are just rumours. There is no other girl or guy involved, including Rohit Suchanti." 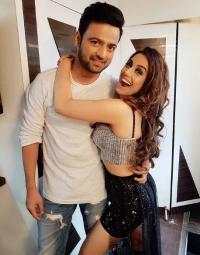 In an interview post leaving the Bigg Boss 12 house, Srishty was asked about her chemistry with Rohit, and she revealed, “I don’t know what his intentions were. But I would really like to accept the fact that I have found a very nice and caring friend. He supported me a lot when I needed him. So, I appreciate this side of him”. Clearing all the hype around her and Rohit’s camaraderie back then, Srishty had shared with IANS, “Rohit and I are just good friends. I have a boyfriend (actor Manish Naggdev) and I love him a lot. Rohit respected the fact that I have a boyfriend outside the house and he never crossed his limits. I had a lot of fun with him in the house and I would like to maintain my friendship with him." (Next Read: Shahid Kapoor's Step-Father, Rajesh Khatter Shares Heartfelt Birthday Message For Him As He Turns 38)

How excited are you to know what Srishty’s reaction was when Rohit finally spoke about his feelings towards her? Stay tuned!