A rare picture of late Bollywood legend, Rishi Kapoor with Neetu Singh from the sets of their film, 'Rafoo Chakkar' is all about love. Take a look!

Over the years, the Indian film industry had witnessed a lot of stunning on-screen couples, who had ruled the hearts of the audience for many years. But there are some iconic couples, who have cemented their name so strong that no amount of time can vanish it. From Raj Kapoor and Nargis, Dilip Kumar and Vyjayanthimala to Dharmendra and Hema Malini, Shah Rukh Khan and Kajol, and the list goes on. But there's one couple, who had excelled both in terms of their on and off-screen chemistry. (Recommended Read: On Salim Khan's 85th Birthday, His Rare Pictures With His Young Son, Salman Khan Is Simply GOLD)

Yes! We are talking about the late legendary actor, Rishi Kapoor and Neetu Kapoor, the lovely couple has inspired actors with their on-screen chemistry and had made us believe in true love. Now, a rare picture of the couple has made its way to the internet, and it'll take you back to the golden period. Scroll down to see it! Recently, we stumbled upon a rare picture of late legendary actor, Rishi Kapoor with his wife, Neetu Singh from the sets of their film, Rafoo Chakkar. In the photo, the two can be seen sharing a private moment as Rishi ji could be seen giving a peck of love to Neetu Singh. What's even more iconic about this picture is the fact that Rishi ji could be seen wearing a girl's dancing costume as he had twinned with Neetu ji and the two had looked breathtakingly adorable in the unseen photo. The BTS picture is from the sets of their film's iconic song, Dil Dena Buri Bala Hai. Take a look: (Don't Miss: Hema Malini Plays With Baby Esha Deol In This Unseen Picture As The Baby Girl Sits On Her Mommy) One of the most iconic couples of Indian cinema both on and off-screen, Neetu Kapoor and Rishi Kapoor had made us believe in true love with their exceptional journey together. On the radio show, Suhaana Safar with Annu Kapoor hosted by actor, Annu Kapoor, Neetu Kapoor had recalled the initial days of her meeting with Rishi Kapoor. She had stated, "I had a horrible first meeting with Rishi Kapoor. He had a habit of bullying, so he would comment on my make-up and clothes, and I'd feel so angry. He was actually a brat who would bully everyone, and I was very young at that time. I used to be furious with him." 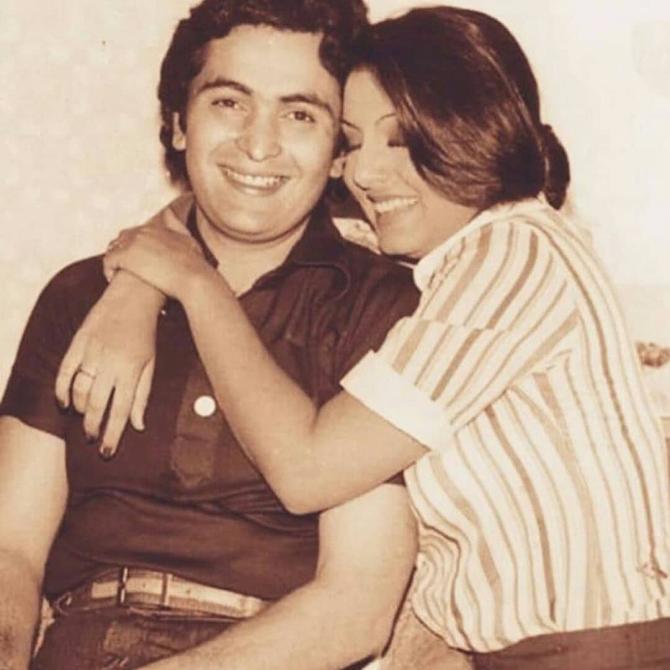 On November 16, 2020, Neetu Kapoor had taken to her Instagram handle and had shared a BTS picture from the sets of her upcoming film, Jug Jugg Jeeyo alongside Varun Dhawan, Anil Kapoor, and Kiara Advani. In the picture, we could see Neetu ji's back, as she could be seen sitting in front of a mirror while a stylist was getting her ready for her shot. For the uninitiated, this is the first movie Neetu ji has signed after the demise of her husband, Rishi Kapoor. The actress had stated that she is a little bit scared for this new beginning. Her emotional caption could be read as "Back on set after so many years. To new beginnings and the magic of the movies. I feel YOUR love and presence. From mom to Kapoor Sahab, to Ranbir always being with me .. now I find myself all by myself, feeling a little scared, but I know you are always with me. #JugJuggJeeyo #RnR." (Also Read: On Geeta Dutt's 90th Birth Anniversary, Her Rare Photo With Husband, Guru Dutt Will Melt Your Heart) Did you like the BTS picture of Neetu ji with Rishi ji? Let us know! 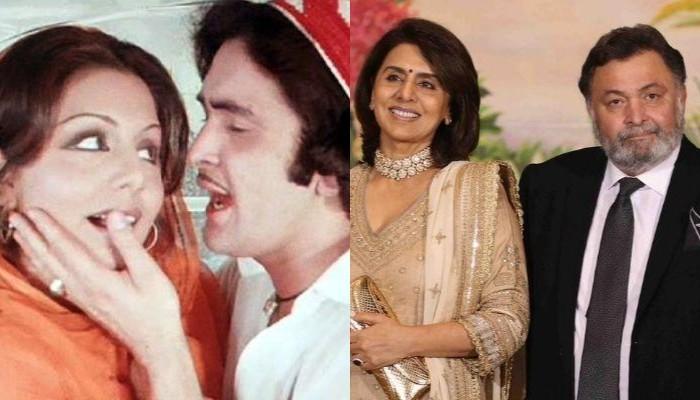 Bollywood actors, Rishi Kapoor and Neetu Kapoor had reinstated our faith in the fact that love is the only thing required to lead a happy life. After his role in Bobby, Rishi Kapoor had become the quintessential chocolate boy of Bollywood, becoming the 'dream man' of every girl. However, the actor, who had won our hearts