We have a beautiful picture of young Hema Malini playing with her baby daughter, Esha Deol and it is all about mother love. Scroll down to check out the picture! 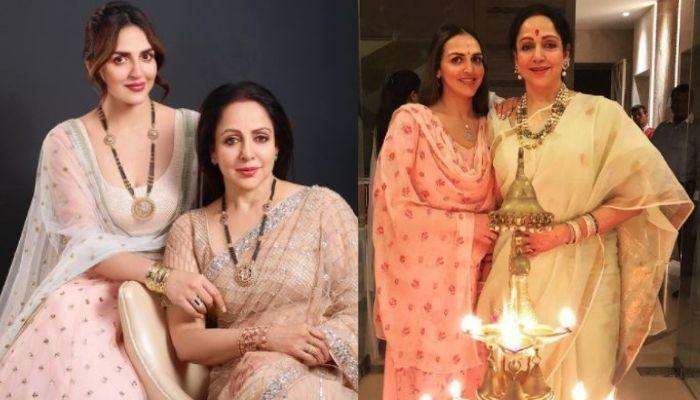 Clicking pictures and recording videos is the only way we can hold and preserve time. It is like we are making those memories immortal as ‘Hum rahe, na rahe’ our presence in the pictures and videos cannot be erased. The day we open our album, we go back in time, recalling every single story related with those pictures, and this process happens even if we decide to walk through the album for the hundredth time. And it becomes ‘sone pe suhaga’, when we stumble upon the pictures that we never knew existed. Same happens when we get hold of our favourite celebrities’ unseen pictures as it brings us a little closer to their personal life. (Recommended Read: Hema Malini And Dharmendra's Unseen Photo With Grandson, Darien Vohra As 'Nani-Dhewta' Twinned)

When it comes to unseen pictures, our most favourite has to be the Deol family because we simply cannot get over the cuteness of their pictures. Pictures featuring young Dharm ji, Hema ji and kids, Esha Deol and Ahana Deol make us feel that they also had a life just like us. From playing with each other to posing for a perfect family portrait or Esha and Ahana looking like twins, we have covered many aspects of this family’s unseen personal life. And now, we have another beautiful picture of young Hema Malini, playing with baby Esha Deol.

Social media is an ocean of information and memories, and we just wait to hit one of those pearls so that we can serve you with something that will make you happy. Now, we have got hold of a picture of Hema Malini with Esha Deol that gives us major mother-daughter goals. In the unseen picture, we can see young Hema ji lying on the floor in a red saree with white floral motifs and baby Esha can be seen sitting on top of her in a white ensemble. Both mommy and daughter waved for the camera and looked like playing some game. Take a look at the picture below:

It seems that Esha Deol was a goofball in her childhood as a few days back, we had gotten hold of a picture of her with her daddy, Dharm ji. In the picture, baby Esha was seen standing on her father, Dharmendra's back, while he had happily given her a ride. Esha Deol had looked cute in a white ensemble with a goofy smile on her face. This picture was proof that Esha Deol has a similar relationship that every father-daughter duo shares! (Don't Miss: When Riddhima Kapoor Was Smothered With Kisses By Late Father, Rishi Kapoor And Mother, Neetu Kapoor)

We had also shared an unseen picture of Dharam ji and his family a few days back. In the family picture, we could see Dharam ji and Hema ji sitting on a couch, while their daughters, Esha and Ahana had hugged them from behind. Hema ji and Dharam ji had looked elated with the love showered on them by their daughters, Esha and Ahana, whereas the sisters had looked like twins. It was hard to distinguish in the picture, who is Esha and who is Ahana as they had looked exactly similar.

For the unversed, Bollywood actor, Dharmendra ji had tied the knot with the Dream Girl of Bollywood, Hema Malini on August 21, 1979. Dharm ji and Hema ji were blessed with a little angel on November 2, 1981, and had named her, Esha Deol and in the year, 1985, the couple had welcomed their second angel, Ahana Deol. Talking about Dharmendra ji and Hema ji’s love story, we had found an unseen picture from their wedding ceremony. In the unseen monochrome picture, Hema ji and Dharmendra ji could be seen wearing jaimala and performing some ritual. The happiness on Hema ji’s face had filled up for the colours in the picture and as well as Dharmendra ji’s life. (Also Read: Zeenat Aman Was Clueless About Dev Anand's Feelings For Her, Later, She Had Reacted Like This)

Isn't the picture of Hema Malini and Esha Deol all about mother's unconditional love? 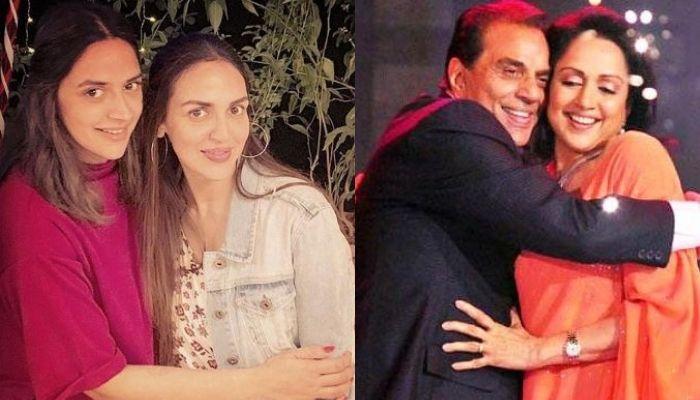 Throwback pictures are our favourite, right? It is like we are getting to know more about someone’s life and it makes us feel more connected. The pictures we capture and videos we record at the moment are for fun, however, later they make us realise how time flies and how