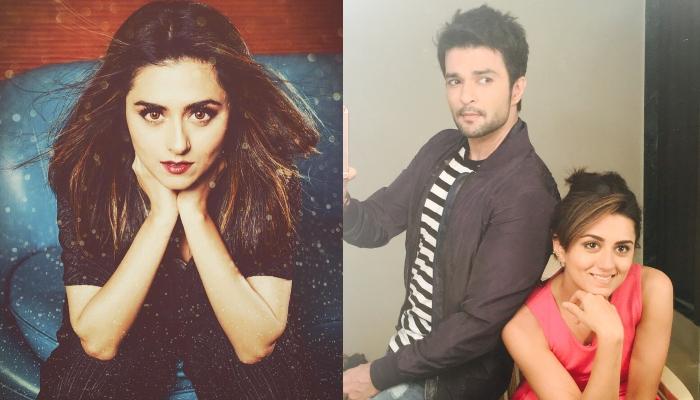 It’s sad, how someone can go from being your everything to a complete stranger within seconds. While we truly believe there is nothing more beautiful than being in love! Things take a turn when love fades, and then you realise it's better to let go. After television actress, Deepshikha Nagpal confirmed the news of divorce with her husband, Kaishav Arora, another tinsel town couple has decided to end their marriage. (Recommend Read: When Salman Khan Defended Katrina Kaif's Leaked Bikini Pics During Her Holiday With Ranbir Kapoor)

We are talking about popular television couple, Ridhi Dogra and Raqesh Bapat, who would have completed 8 of marriage this May. But, destiny had other plans and the news of their split started doing the rounds. And, now, the couple finally releases a joint statement confirming their separation. According to the Hindustan Times report, the official statement states, “Yes, we are living separately. This decision has been taken with mutual respect and care for each other and our families. 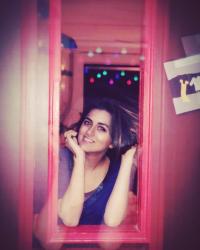 The statement further reads, “We are two best friends who may not be a couple anymore. But our friendship will continue as it always has, through thick and thin. Appreciate if no further speculation is made and heartfelt gratitude to everyone for all the love you have always given us.” (Also Read: Malaika Arora Wishes Yash And Roohi Johar On Their 2nd Birthday, Shares Their Traditional Avatars)

As per the sources, things were not well between Ridhi and Raqesh for quite some time, and they have been living separately. The couples close friends knew about it and they tried to mend things between the two but looks like it was all in vain. Ridhi’s brother and actor, Akshay Dogra commented on the couple’s decision with Hindustan Times, and stated, “Life shouldn’t be treated dramatically, it’s a choice to live happily and coexist with love and compassion.” 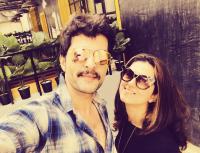 For those who don’t know, Ridhi and Raqesh first met on the sets of the popular TV show, Maryada — Lekin Kab Tak in 2010, and soon became friends. In an interview, Ridhi talked about their journey from friends to more than friends, and said, “Ours was the classic case of 'we were meant to be together', both of us individually didn't want to get married. Everyone had given up on me and him in our families. When we met on Maryada we ourselves felt an instant ease and comfort with each other. (You May Also Like: Shloka Mehta, Soon-To-Be Bride Of Akash Ambani Is A Carbon Copy Of Her Mother, Mona Mehta)

Ridhi further went on to say. “Our first scene was an intimate scene on a bed, and we broke the bed! We laughed it off and became really good friends, more like buddies. Even the proposal was a conversation, it just seemed like it's happening to us and we are flowing with it. We really believe god wanted us to be together. He's got some plan for us.”

Raqesh also had talked about the Ridhi and their off-screen chemistry. He had said, “We are great buddies off-screen; I think friendship is the basic foundation of our relationship. Initially, there was no courtship happening, it’s slow when I realised it. I used to talk about Ridhi with my sister, she said you are of marriageable age and you have to get married someday so why don’t you talk to Ridhi. I said are you mad or what? But then I understood she was right. We took a step ahead and finally, we got married when we thought it was the right time to take to the next step of life. It was a straight wedding without engagement.” 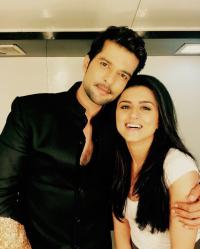 In another interview, Ridhi had revealed the best thing about their marriage, and said, “I have a friend in him for life! He is really a fantastic partner. The best thing for me individually is that he wants me to evolve, grow and have an independent identity of my own. He pushes me to broaden my horizon as a person and open myself up to life beyond acting and tap my true potential. Also, he is so creative and intrinsically talented that the atmosphere at home is filled with possibilities and inspirations.” (Don't Miss: Unseen Childhood Pics Of Janhvi Kapoor With Naughty And Mischievous Expressions Are Too Cute To Miss)

Well, it looks like Ridhi and Raqesh are finally at ease with their decision!